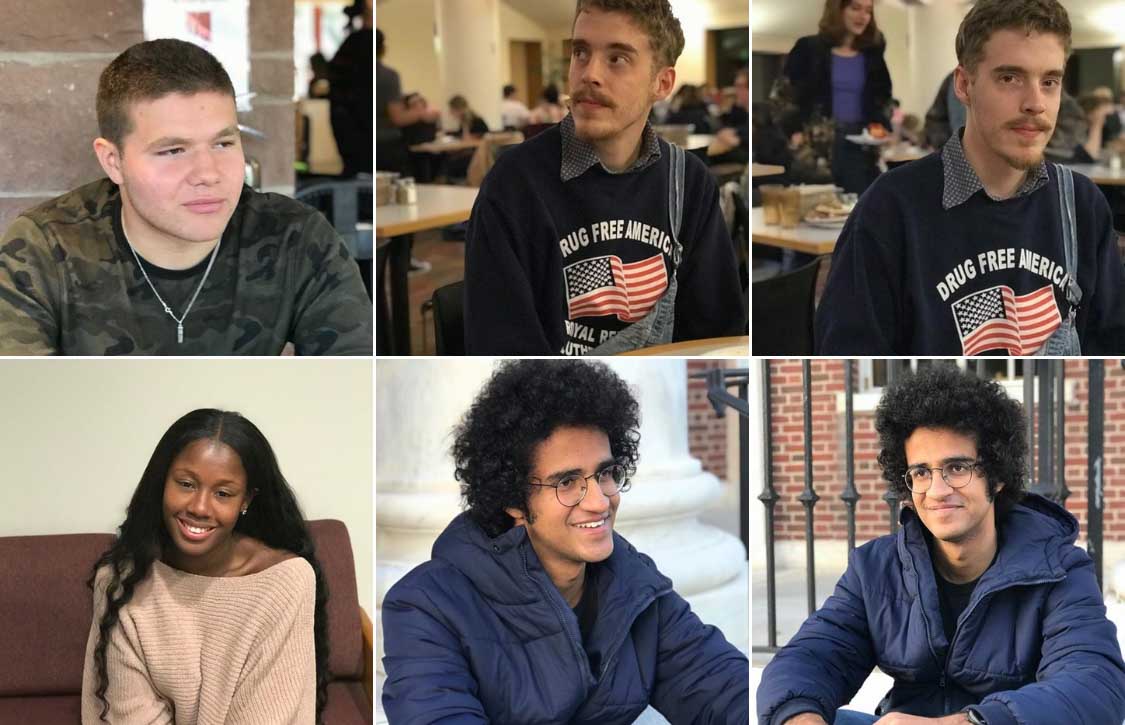 With the staff shortage and continued inaccessibility of the University’s Counseling and Psychological Services (CAPS), many students have begun looking for new and different ways to tend to their mental health on campus. For some, finding a community of people who have shared similar struggles helps them to make sense of and gain comfort in talking about their experiences with mental health. This desire for community is what led Ari Westreich ’22 to create the @askwes Instagram page: a place for students to talk about their experiences with mental health, to build relationships, and to push on-campus mental health resources to be more accommodating and accountable to students. The Argus talked to Westreich about his own experiences that led him to this project.

“I used to be so ashamed to admit that I needed a therapist,” he began. “I was so scared to ask my parents. When I finally asked my dad if I could go to therapy the first time, I wouldn’t even say the word therapist. I said ‘mind doctor.’ Because I was so ashamed, and I wouldn’t talk about it with anyone. I would just keep it in. But now I am much more open about it. That doesn’t necessarily make anything better, being open about it, but it can lead to things that make everything better.”

Westreich explained that this is one of the main purposes of AskWes: to create an encouragingly open and accessible community, one that he could have used growing up. This has been one of the main draws for others to get involved, too.

“I first saw a post about AskWes in the WesAdmits Facebook group and pm’ed [Westreich] almost immediately because I want to get involved with mental health advocacy and awareness on campus,” wrote Sophie Green ’22 in a message to The Argus. “For me the next step that made the most sense was to talk about my own experience with mental illness.”

Green went on to explain why sharing her story was a positive step for her and, hopefully, will be a way to help others as well.

“I think mental health awareness is really important because it helps those struggling with mental illness hopefully feel less alone in their struggles, encourage them to seek help, and not feel like a freak for whatever they’re going through,” she said. “We all have significantly more critical views of ourselves than we do of others, and finding out other people have dealt with these same struggles that made me feel crazy helped me accept everything going on in my head, rather than hating myself more for it.”

The AskWes Instagram page features a number of students, each with their own picture and a small post. Some talk about their experiences with getting professional help, both positive and negative; others share stories of how their particular cultural upbringing affected the way they think about mental health. Some choose to remain anonymous, and others (like Green) share their stories publicly.

“One guy talked about his self-harm and how he’s always in constant pain because of a medical condition he has,” Westreich said, speaking about some of the interviews he had done. “He feels really lonely because no one really understands that. Another guy talked about how his parents are from Jamaica, and culturally they didn’t really value what he was going through.”

Parts of these interviews, compiled by Westreich, are featured on the Instagram page. He hopes that the project increases visibility for students’ stories of mental health, as a form of inspiration or just comfort for those who read them.

“People are generally very open with me, and I don’t know why,” Westreich went on. “I mean, one student said, ‘I don’t really talk about this with my friends,’ but then she was talking about it with me. So I think people crave a way to tell the world what they are going through.”

Green echoed this, explaining that even those who are not yet ready to share their stories publicly can still get a lot out of an online community like this one.

“If you aren’t comfortable speaking openly about your mental health, you don’t have to, but it’s important that the people who are, do, so that every single person knows there is no shame in having a mental illness and receiving treatment for it,” Green said. “I hope that [by] reading about my experience with mental health, it encourages someone to get help and make progress in getting better, or at the very least accept themselves for whatever they’re dealing with.”

Westreich hopes to expand the project over the next few years and, eventually, to create a space that students feel comfortable sharing their stories in that can also push for reform in on-campus mental health services like CAPS. In the end, as he sees it, AskWes is about bringing people together—a community of people who can help each other because they understand each other. He explained the importance of those personal connections by telling the story of a particularly emotional interview he had for the AskWes page.

“At the end, I just had to hug her,” Westreich said. “We were both getting emotional. I don’t know…. I feel like I connect to most of what people tell me because they tell me things that are very personal.”

This kind of emotional interview is not at all uncommon, according to Westreich.

“After interviews some people say, ‘I’m so happy you’re doing this,’” he explained. “Someone said, ‘This was a space that really needed to be filled.’”

Green agrees that this project is something that people need on campus, especially in a culture that encourages silence when it comes to struggles with mental health.

“By making mental health, and I mean every aspect of mental health, not just depression and anxiety, the taboo topic that it often is, more individuals repress their emotions rather than seeking help, even just through a friend,” she wrote. “And that can have drastic consequences on mental and physical health.”

Westreich hopes that as AskWes increases its presence on campus, students at the University can work together to combat that repression.

“People have so many different experiences with mental illness,” he said. “I think it’s worth exploring their different perspectives. I’ve been impacted a lot. People have just had such profound experiences, and I respect them so much for getting through it.”