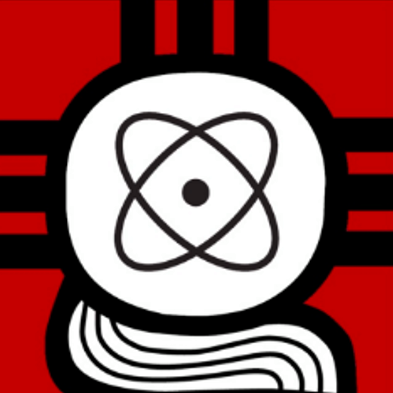 Assistant Professor of Molecular Biology & Biochemistry Teresita Padilla-Benavides founded a University chapter of the Society for Advancement of Chicanos/Hispanics and Native Americans in Science (SACNAS) in July 2020 to provide a space for underrepresented groups involved in STEM. SACNAS is a nationwide organization that has been around for several decades, with chapters providing mentorship and volunteer opportunities for undergraduate students and professionals.

SACNAS started as an initiative to help primarily first-generation Mexican students, but has since expanded to include the larger Latinx and indigenous communities. All students have an equal opportunity to join the club, receive scholarships, and get support from the board.

Treasurer Michael Quinteros ’24 was drawn to the club after attending a speaker series organized by Padilla-Benavides, who mentioned the organization in her opening remarks. Quinteros noted that SACNAS was the first STEM organization focused on Latinx students at the University, a group that formed a unique community. Quinteros pointed out, however, that the organization is open to any student who is interested in joining.

“SACNAS helps everyone,” Quinteros said. “It’s not only for Latinos. It is open to everyone and open to pre-med [students], and also people who only want to do research and get a doctorate degree, so that was, I feel, the first organization that I’ve seen that not only focuses on the pre-med or doctorate degrees and it was also a center for Latinos.”

Since SACNAS is a nationwide organization, it has also served as a tool for Quinteros to connect with other Latinx students and professors at different colleges and universities. For example, he attended speaker events with professors from Mexico, held over Zoom, where they discussed their research. Board member Joshua Grajales ’24 agreed that SACNAS helped him form connections both within and outside of the University.

“If there’s anything I hope to leave with from Wesleyan University it’s an expanded network, a group of colleagues and friends that I can turn back to in the future to collaborate with and create even more lasting memories,” Grajales wrote in an email to The Argus.

“As someone who identifies as Indigenous, being part of SACNAS and taking on this role has been very important to me because it has been a gateway to meeting other professionals who look and identify as me, while also helping my peers do the same,” Velasquez Baez wrote in an email to The Argus. “Since a SACNAS has been established at Wesleyan I have noticed the significant impact on the career development for minority/underrepresented students.”

The leadership and board members of SACNAS all hoped the resources provided by the organization and the University would help them give back to their community, which Padilla-Benavides wholly supports.

“I want to see our students being able to translate the opportunities that our chapter and our school has, and all the support that we have, and then bringing [the resources] to where they see they are needed,” Padilla-Benavides said.

One of the chapter’s current projects involves Wesleyan student members reaching out to high schools in Middletown to discuss their experiences within predominantly white universities, the transition to college, and the resources that are available to minority groups within the highly competitive STEM field. Additionally, the group is planning fundraising activities to help undergraduate students pay for resources such as textbooks and MCAT exams.

“Coming from predominantly Latino and African American communities, it’s hard to see past peers forgo the opportunity to continue their education due to financial or cultural constraints,” Grajales wrote. “My hope is to use the resources provided to me through Wesleyan and SACNAS to reach those communities too apprehensive to believe in the practicality of an education. I aim to assist these communities through workshops and other networking events, making them aware of the resources available to make college a more viable option.”

Padilla-Benavides reports that this is exactly the type of initiative she hopes to see from the students she mentors. She describes that as a faculty advisor, she helps keep the organization on track and oversees projects, serving as a connection between the administration, STEM departments, and students. Her goal is always to help students complete projects they are passionate about.

“I would love to see our chapter working on these activities with other chapters, not only at the institutional level, but also going out into schools, in the community, and underserved populations; there’s a lot of potential here,” Padilla-Benavides said.

To work on a larger scale, Padilla-Benavides, along with the rest of SACNAS, hopes to create a community within Connecticut and the surrounding areas for minority groups by connecting with SACNAS chapters at nearby universities, including the University of Massachusetts Amherst, Yale University, and Brown University.

“We want to create that space where Latinos and other students can come and share their experiences and use the resources that we’ll provide,” Quinteros said.

Velasquez Baez echoed the importance of building community to help increase the representation of minorities in higher education.

“I truly believe it is important to build a community at Wesleyan made by and for minority students to build connections with other professionals in the field that may serve as potential mentors and opportunities as we aim for the highly competitive STEM field,” Velasquez Baez wrote.