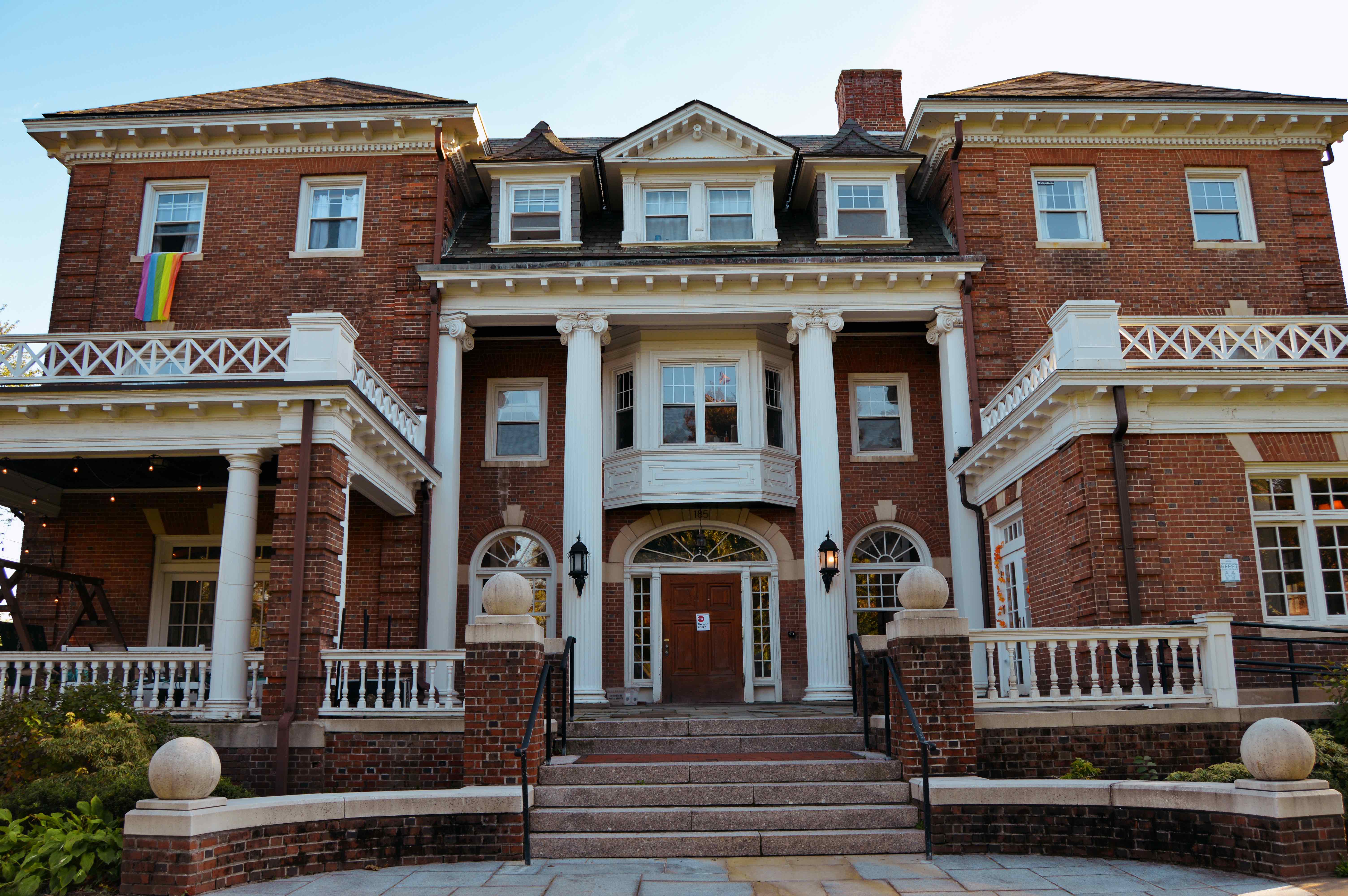 As universities across the country experience spikes in COVID-19 cases, the University’s ability to maintain a low case count has been spotlighted nationally. In a recent New York Times article discussing colleges that have successfully contained the virus, University President Michael Roth ’78 suggests that the University’s size is a key contributor to this success. Another key factor Roth points to is the University’s limited Greek Life.

Dean of Students Richard Culliton explained that many COVID outbreaks at other universities have been sourced to off-campus residences, such as Greek organizations.

“[A] really significant piece [in the spread of COVID on college campuses] is the number of students living off campus,” Culliton said in an interview with The Argus. “These environments [including Greek residences] fall outside of the control of the university, making it harder for the university to put in place restrictions and things that will keep people safe.”

The University’s Greek Life is unique in that most of the organizations are non-residential. Only three Greek organizations—Psi U, ADP, and Eclectic—have residential spaces. DKE lost their house a few years ago and are currently entangled in an ongoing lawsuit with the University, awaiting a decision from the Connecticut Supreme Court. While Psi U and ADP occupy privately owned houses, Eclectic shares their University-owned residence with Movement House. These three Greek organizations must comply with the University’s Greek Standards Agreement, which gives the University a level of control over their residences that other universities often do not have.

“Any private house that wants to be part of Wesleyan and a housing option for Wesleyan students needs to agree to certain tenets,” Culliton said. “So [Greek organization housing] is much more like other housing on campus than it is different, and that’s, I think, an important distinction that makes the [Greek houses] that we have safer, and actually more compliant.”

Assistant Dean of Students Kevin Butler said that thus far, he has not been involved in any incidents in which Greek organizations have violated COVID regulations. That being said, there are some challenges that come with running a non-University owned residence amidst a pandemic.

“There was a lot of debate before the semester started [including] ‘Was it ethical for us to open the house?’” ADP President Max Sanborn ’22 said. “We don’t have great air filters. The house is really old; it doesn’t necessarily have all of the safety machinery that Wesleyan housing can provide.”

ADP chose to open, primarily to provide a more financially viable housing option than University housing for students who had planned to live in ADP.

“We ended up opening because for the members who were living in the house, or even just people who are living in the house, including non-members, many of them were living there because they wanted to, but also because it’s cheaper than Wesleyan housing,” Sanborn explained. “And so they were like, financially, I really need this. And we were like, we are not gonna say no, if this is what you need.”

ADP and Psi U made it clear that they take their responsibility in maintaining house safety seriously. This is especially important given that both houses have non-Wesleyan employees who frequent the house. ADP houses Star and Crescent, whose longtime chef Ryan Talbot is a constant presence at the house. Additionally, Psi U has two house caretakers who are responsible for maintenance as well as occasional meals. ADP and Psi U emphasized the importance of keeping the house safe for the students and these integral members of their residence.

This sentiment of wanting to keep campus and the general community safe was prevalent among all Greek organization leaders. Sanborn elaborated on the responsibility that ADP has in terms of keeping the campus and Middletown community safe from COVID.

“We’re actually being, maybe, overly cautious because we have a responsibility to ourselves and the people who live in our house, but also the campus and the Middletown community at large, and we really don’t want to be a part of anything that messes it up for everyone and affects the community at  large, cause that’s incredibly irresponsible,” Sanborn said.

Recognizing that outbreaks have often been linked to functions hosted by Greek organizations on other campuses, the leaders also emphasized their commitment to maintaining a good standing with the campus community.

“Let’s face it, we know that if there is a COVID outbreak at Psi U, we know how that is going to look and how bad that would be,” Psi U President Drew Hill ’21 explained. “We’re definitely making sure that everyone is aware [of] how bad that would be. I think everybody is being as safe as possible because they know that there’s probably a watchful eye over Psi U.”

In complying with these regulations, organizations have had to make changes to their usual plans for the semester. Rho Ep and ADP both made public Instagram announcements as to how they’re functioning under COVID regulations.

“The girls’ safety and safety of the Wesleyan community is the most important thing,” Rho Ep President Parker Bryan ’21 explained. “For any activities that we are doing, there’s kind of no point if we can’t do it in a safe, supportive way. And so we put together that statement just to kind of reinforce that as an organization and as members of the organization, we were going to follow all of Wesleyan’s guidelines.”

Whether with or without a statement, Greek organizations told The Argus they were following COVID-safe protocols. DKE and Alpha Psi both decided to go dormant for the semester.

“We’re not planning any pledge [events], any events, anything,” Alpha Psi President Emeritus Leo Holland ‘21 said. “So we’ve gone almost completely dark for this semester other than seeing some of the boys who were still on campus. So really we’re in a wait and see mode for next semester.”

DKE is neither holding events nor welcoming a new member class. They are however still holding board meetings in-person and socially distanced, and they see each other at sports practices.

“We’re basically saying to guys like, don’t be dumb.” DKE President Danny Banks ’22 said. “If you’re going to do anything, do not say it’s part of [DKE]. We have a strict rule with that.”

Other organizations have decided to resume certain activity just amongst members.

For instance, because the University’s closure in March halted the pledging process, where members learn about and are officially inducted into their respective societies, several Greek organizations are still in the process of pledging their Spring classes this Fall.

“We’re focusing on just having it be a supportive community for girls if they want to come,” Bryan said.“We’re doing all of our activities with this group all six feet apart. All masked and with no kind of person to person interaction. We wanted to give girls the option to come to these events in person if they wanted to just have a chance to meet girls. We’ve got several girls that are deferring or that are taking classes online—sisters and pledges—and we were doing activities with them, keeping them in the loop.”

While it’s not the same as it used be, new pledges expressed gratitude for the ability to still be part of the organization.

“[Pledging] definitely helps things feel a little bit more normal just because you are carving out time to hang out with people and get coffee just because it’s a part of pledging, it’s mandatory,” Rho Ep pledge Charlotte Ruwende ’23 said. “I think that having that forced social interaction, even though it’s definitely welcomed, helps make things feel a little bit more normal. I’m less inclined to sit in my room for six hours a day. It definitely helps.”

DKE prospective member Harry LeGoullon ’23, while disappointed to not get the chance to pledge this semester, emphasized the importance of laying low to keep the greater community safe.

“We’re obviously not having the level of desired in-person camaraderie, which is what obviously  forming connections in person is like; it’s so much more genuine than over a phone call or things like that,” LeGoullon said. “So obviously that’s kind of missed, but I mean you just got to respect it and understand.”

Additionally, for those pledges living in Greek houses, the physical closeness has really strengthened the relationships among pledges.

“Living in the house this semester has really let me get a lot closer to the people that I pledged with and I definitely feel like that’s a big part of this year, especially because it’s so isolating right now to be on campus,” ADP pledge Sophie Penn ’23 said. “It’s nice to be able to have a family unit with people that you also pledged with.”

Despite not being able to hold large gatherings right now, many groups are looking ahead to the future.

“There are some, I would say breathtaking events being planned right now that depend on the development of a vaccine,” Chi Psi president Max Scanlon ’21 said, “So if that happens, there will be plenty of great times to be had this spring.”

Many of the organizations are also taking this time to make internal changes, like rewriting antiquated bylaws.

“This is a society that has been around for a really long time,” Sanborn said. “And a lot of the stuff [in the bylaws] is just things that we’ve implicitly been like, ‘Oh yeah, like this is just something that’s been there forever like there’s no use changing it.’ And this semester we were all like, ‘No, we should change all of this stuff,’ because even though it may not be outwardly racist or ableist… there are definitely groups that have a more difficult time joining spaces that are like our space, which is predominantly white.”

“Internally, I think discussions have been opened up. We’ve been way more open with each other about disagreeing on things and being open to disagree, and then being open to learn and to listen to other guys,” Banks explained. “A lot of it has just been guys just being expressive about themselves and like, ‘Look, if I don’t know something, I’ll tell you; if I feel strongly about something, we’ll be very direct with each other.’”

Psi U emphasized their continued work to integrate women into the group, as the fraternity transitioned to coeducation recently.

“It was like the senior year of the year I was a freshman [that was] the first class where women were allowed,” Hill explained. “We’re still kind of working with kind of reforming and working on how to make it a coed space because obviously it wasn’t written as one. That’s something we’re definitely still working on and something we’re still grappling with because obviously it’s hard to, reform a system that is all male, especially.”

There’s no doubt that this semester poses challenges to Greek life. However it also offers opportunity for reflection.

“Greek life all around the country is in a really interesting state right now,” Sanborn said. “ I think in order for Greek life to survive, it needs to be socially oriented and to actually be like groups of people who care about doing good and not just groups of people who care about like throwing parties and having fun, because like, that’s really important, but like, if you’re going to get together and you’re going to have power on a campus, like, like do something good.”

Eliza Kuller can be reached at ekuller@wesleyan.edu