Delving into the Architecture, Origins, and Stories of Historic High Street Houses 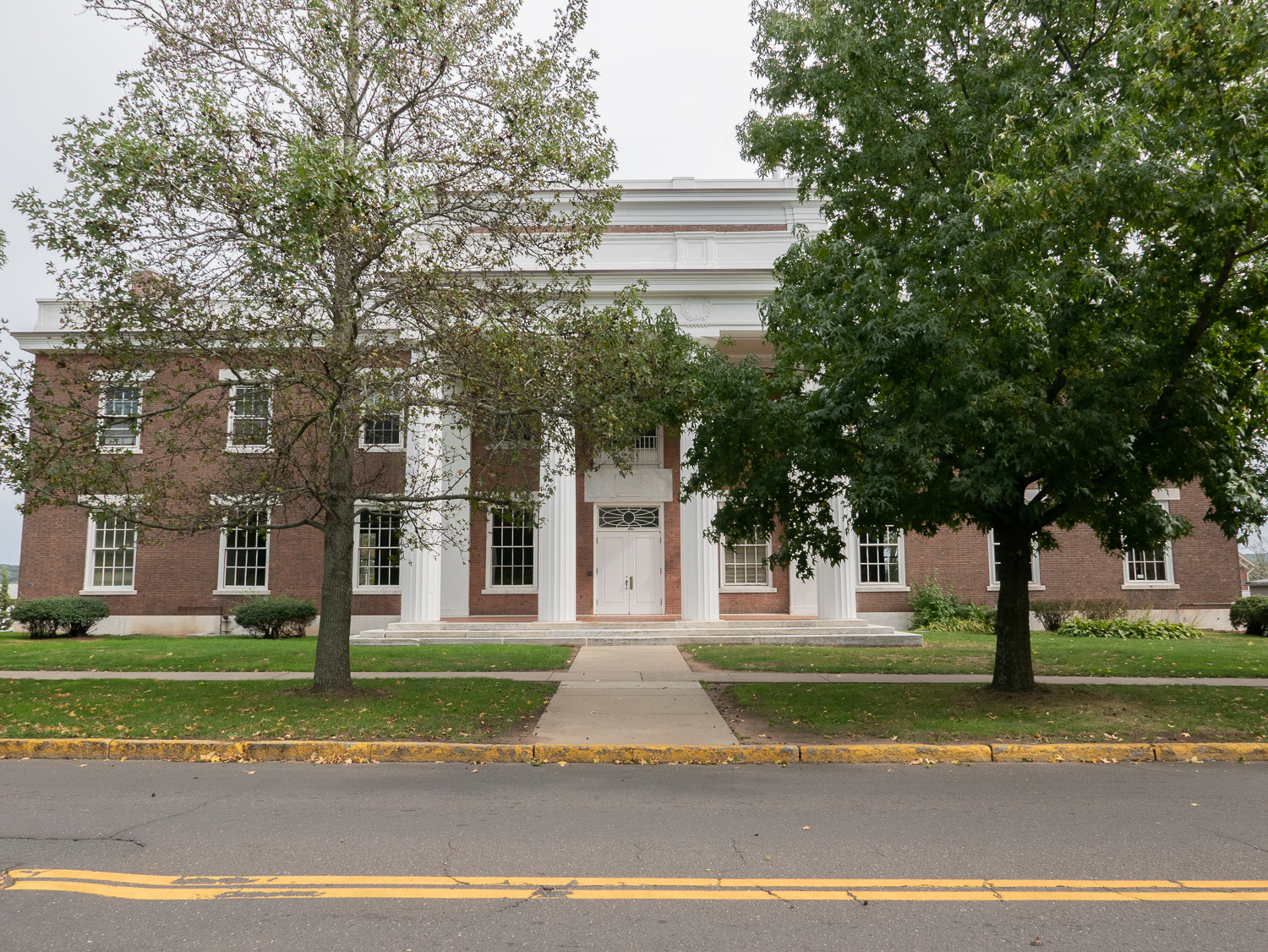 Once reportedly called “the most beautiful street in America” by Charles Dickens, Middletown’s High Street is replete with grand homes—some of which are among the most historically significant buildings in Connecticut. A jaunty stroll along the strip of High Street between Washington Street and Church Street will take you past six buildings that are listed on the National Register of Historic Places: Samuel Wadsworth Russell House, Edward Augustus Russell House, Alsop House, Coite-Hubbard House, Psi Upsilon, and Eclectic House. There are, of course, other buildings of note that are not listed: Delta Kappa Epsilon (DKE), the Department of Romance Languages and Literature Buildings, and Downey House, to name a few. Though all of these houses are now affiliated with the University, they are all traces of Middletown’s past. Indeed, the history of High Street can be seen as a reflection of the changing political and economic forces in Middletown, and it can tell us a thing or two about the campus that we call home.

According to Professor of Art History Joseph Siry, Middletown’s early mercantile roots facilitated the construction of some of High Street’s most impressive estates.

“Middletown was founded as a port town—it was the largest port of entry for its region when the first census was conducted in 1790,” Siry said. “It was a port of entry for ships that did ocean-going trade with Asia, and that was the source of the town’s economic life.”

This piece of Middletown’s history is evident in the first house you see if you turn left onto High Street from Washington: Samuel Wadsworth Russell House. The home’s namesake and original owner was born in Middletown and built his vast fortune through his exporting firm Russell and Company, which engaged in the highly profitable—but highly illegal—opium trade to the Port of Canton in China. While Russell lived in Canton—now modern-day Guangzhou—he decided to build a house in his hometown for his second wife, which was completed in 1829. When he returned to Middletown in 1830 and his ship turned a corner on the Connecticut River to bring the city into view, Russell is said to have exclaimed “There she is! There she is!” upon seeing his newly built estate for the first time.

Anyone who has taken a class or attended an event in Russell House will no doubt notice the towering columns at its entrance. According to the Connecticut Historical Commission, Russell introduced the Greek Revival style to Middletown, which influenced a number of other houses in Middletown that were built between 1840 and the 1850s.

“[Russell House] established a standard of luxury and elegance for the residential architecture on High Street during the 19th and early 20th centuries,” reads an inventory form published by the Connecticut Historical Commission. “Although many other imposing homes were built in this area of Middletown, Russell House was never surpassed in sophistication and grandeur.”

Russell House is not the only remnant of Middletown’s merchant past. Richard Alsop IV, the son of a classical scholar from Middletown, also made his mark on High Street. According to the Alsop House’s National Historic Landmark Nomination form, Alsop founded the exporting firm Alsop & Co. based in Valparaiso, Chile, and made his fortune in the South American trade throughout the early 19th century. Like Samuel Russell’s family, the Alsops had deep roots in Middletown, dating back to 1750. Though Alsop settled in Philadelphia, he built a home on High Street for his elderly widowed mother. He planned the house between 1836 and 1838 and subsequently built the house over the next two years. Described as an “unusual example of Greek Revival Design” by the Connecticut Circle (now Connecticut Magazine), the decorative wall paintings that adorn the walls of the house and its architectural style still makes the house a sight to behold.

Middletown’s prominence as a seaport declined considerably throughout the 19th century, as the town’s economy moved primarily into manufacturing. This profound change is reflected in Samuel Russell’s establishment of the Russell Manufacturing Company in 1834 in Middletown. Of course, Wesleyan was founded in 1831, with High Street positioned merely a block away from the University. Nevertheless, as the years rolled by, High Street still served as the setting for magnificent new homes. In 1856, Gabriel Coite, a businessman from Brooklyn, built an Italianate-style Villa just down the street from Alsop House—which is now known as the Davison Art Center. After a decade, the house was purchased by Jane Hubbard, the widow of Samuel Hubbard, who was another prominent industrialist and business partner of Samuel Russell.

The heights of Middletown’s early successes as both a seaport and manufacturing center were tangibly reflected in the growth of High Street’s early houses. Another development in High Street’s development occurred towards the tail-end of the 19th century with the expansion of the University. Detailed by David B. Potts in his work, “Wesleyan University, 1831-1910: Collegiate Enterprise in New England,” the University’s housing shortage during the late 1880s prompted alumni to join fraternities and raise funds for new chapter houses to be built in close proximity to the University. 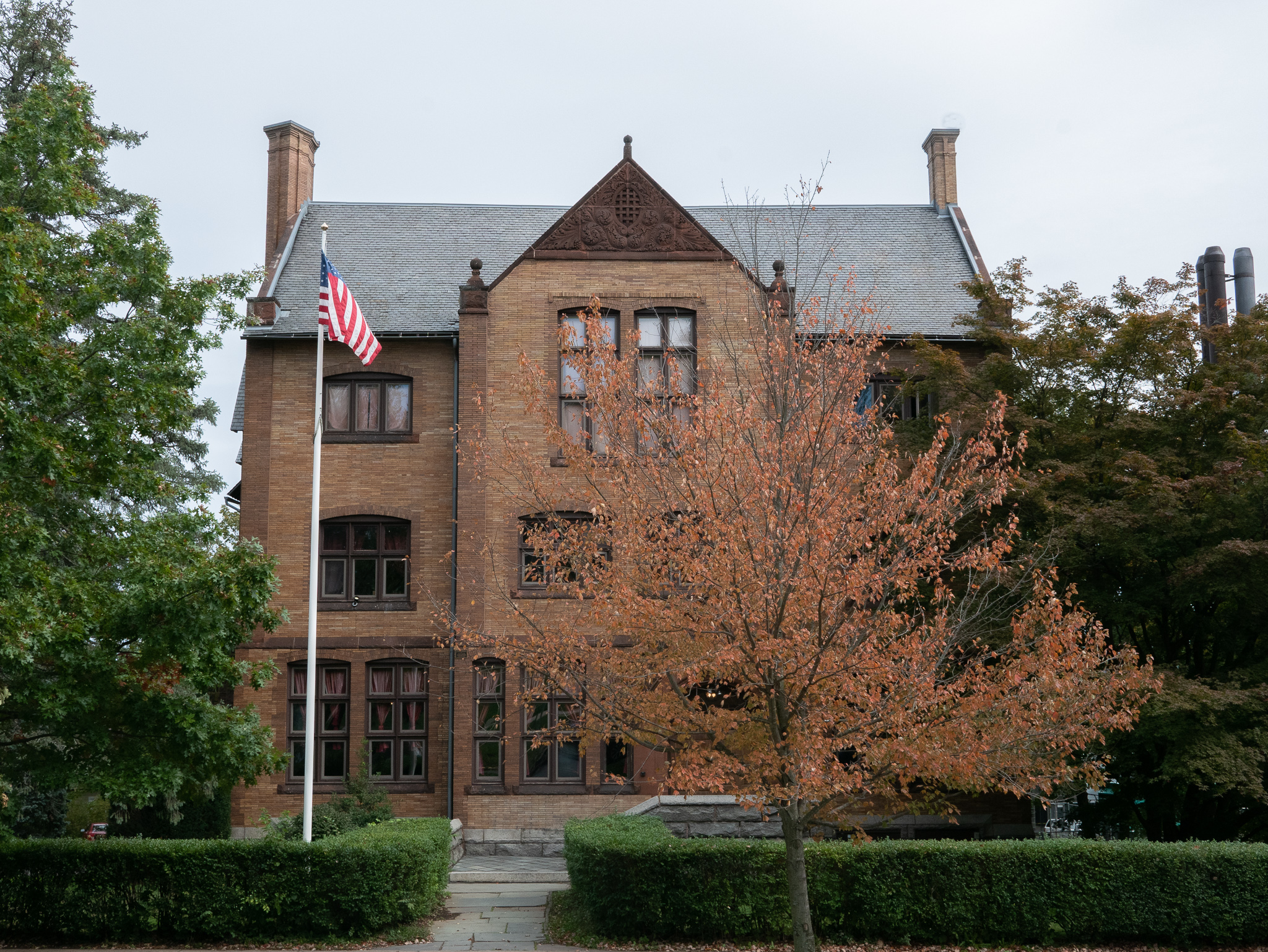 A quick glance at these fraternity houses, even to the most inexperienced eye, will draw some major architectural distinctions. As Professor Siry explained, these differences are reflected in the identity of each fraternity.

“They vary a lot in style,” Siry said. “They were all built by fraternities who had national affiliations, and the distinction between the fraternities was relatively important at the time when these houses were built. These are works of architecture that are expressing, to some extent, the distinct national identities of these particular societies. The differences are, in my mind, what count. In other words, it’s not so much their similarities, but how different they are.”

The University’s absorption of High Street’s estates reflected not just the expansion of the University, but also the changing political and economic nature of Middletown. As Professor of History Ronald Schatz explained, Middletown’s population changed dramatically in the 1930s, shifting the political balance of the town.

“The Russells and other related families had been in those houses since the second quarter of the 19th century—in other cases, since the late 19th century or early 20th century,” Schatz said. “So now we are speaking of at least the second, or in other cases, the third or fourth generations in those houses. The population of the city had transformed utterly by then. The native-born Anglo-Saxon Protestants were no longer the dominant population in town—immigrants and children of immigrants comprised the majority in the city then. Yet, people who Dean Acheson—the late Secretary of State who was born and raised in Middletown—called the Barons of Middletown, still held control politically.”

Crisis hit Middletown in 1936 when the city suffered severe flooding, to which the municipal government could not respond. At the same time, a violent strike at the Remington Rand Factory tore the city open. This occurred alongside swelling popularity for President Franklin Roosevelt and his New Deal. Schatz explained that at this time, Middletown’s immigrant communities gathered behind the Democratic Party and thus shifted local power from Middletown’s old elite families.

“Consequently, the Russells and their compatriots lost control politically,” he said. “Rather than staying in the city, they left…. They gave those great houses to Wesleyan for tax deductions. Or, in some cases, sold them to upwardly mobile Italian or Jewish immigrants who established themselves with stores and other businesses. At first, the old elite moved to the edges of town. They and, more importantly, their children, did not want to stay in Middletown.”

We have all passed through High Street at some point during our Wesleyan career. Whether you are jaywalking on your way to Italian class in Fisk or trying to go to a party at Music House. But as you walk across this historic street, maybe it’s worth stopping once in a while to remember that the guy who wrote “Oliver Twist” called the street that you are walking on the most beautiful street in America. And hey, maybe he was right all along.

Correction: An earlier version of this article stated that the University owns all buildings mentioned, but the University does not own the DKE house, the Psi Upsilon house, or the Alpha Delta Phi house. They are run and managed independently.