Michael Bennet ‘87 at Wesleyan: Roots of His Presidential Run 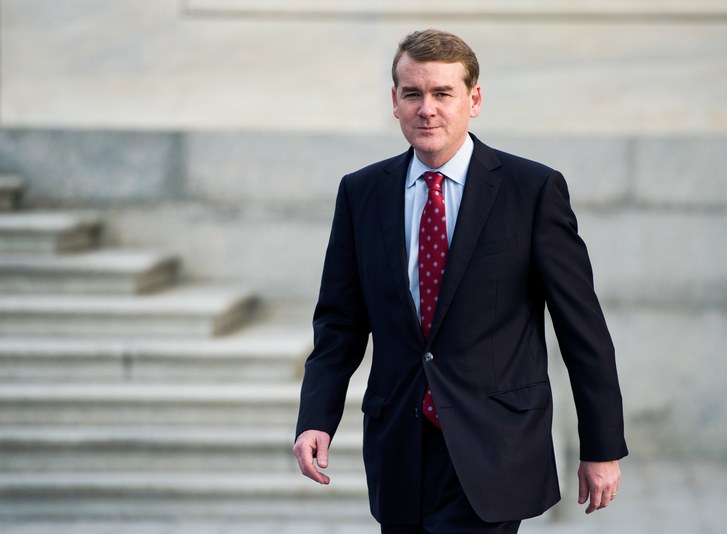 Divestment protests around campus. Contentious battles over co-education at fraternities. A power grab by the administration to weaken the student government’s influence. This was the Wesleyan that Colorado Senator Michael F. Bennet ’87 was met with in 1986-87, his senior year, in his role as WSA co-coordinator.

“The academic year is only half way over, and already we can be certain that it will go down in Wesleyan lore as one of the most notorious years ever,” Bennet wrote in an op-ed in The Argus. “If Wesleyan is to dig itself out of this morass of mistrust, hostility, and alienation, the members of this community must make it their responsibility to facilitate communication and cooperation wherever and whenever possible.”

Replace “Wesleyan” with the United States, “community” with the American people, and 1987 with 2019, and it starts to sound very similar to Bennet’s pitch today as he runs for president.

Bennet’s campaign has been an uphill battle from the start in part because he entered the race late after undergoing treatment for prostate cancer—and because Joe Biden seems to have a hold on the type of voters that respond to Bennet’s more moderate message.

Bennet’s career prior to his run had been a series of rapid promotions up the political ladder. After quitting his job as a Justice Department lawyer, Bennet moved to Colorado and worked for conservative billionaire Philip Anschutz before becoming John Hickenlooper ’74’s chief of staff and then Denver School Superintendent. It surprised everyone when he was appointed senator, replacing Ken Salazar after he left for the Obama Administration.

By almost all accounts, Bennet is a likeable guy and an unusual politician. He listens before he talks. He’s thoroughly well-read. And his cure for American democracy is a return to compromise and moderation born out of a will to get things done, not political expediency, at least according to a recent Atlantic profile.

It remains to be seen if voters want this stew of bipartisanship and compromise in the age of Trump. Bennet barely made it into the first debate (even that might have been a fluke). At the University, where he has deep ties through his late father, Wesleyan President Douglas Bennet ’59 (who was in the role from 1995 to 2007), the lack of campaign stickers and posters on campus could be surprising.

Soon after announcing his candidacy, Bennet was joined in the race by fellow University alumnus and Colorado transplant Hickenlooper, who failed to gain sufficient support and recently dropped out. A similar fate most likely awaits Bennet as he failed to reach the qualifying threshold for the last debate, and seems to have increasingly worse odds of winning. Despite this, Bennet has yet to drop out.

Can anything be gleaned by considering Bennet’s time at the University? An almost constant presence in the pages of The Argus over ’86-’87, Bennet comes across as a skilled communicator with the respect of the student body and administration.

“He was very willing to sit down with me and to talk things through and not to feel as if he were selling out students in the process,” said former Wesleyan President Colin Campbell (p. 1970-1988) in a 2009 profile of Bennet in Wesleyan Magazine.

Far from selling out students, Bennet championed the student body and their causes, but never in a very righteous way.

“He has always had this old man quality about him, even at 21, this sense that he knows how to understand the world, that he is wise beyond his years,” Naomi Mezey ’87 said in Wesleyan Magazine.

As recounted in that 2009 Wesleyan Magazine profile, Bennet organized a protest of the University’s investments in Apartheid South Africa. Prior to the protest, custodians were worried about the difficulty of removing the chalk obscenities from the walls of South College. To lighten the load of the janitorial staff, Bennet stayed after the protest and scrubbed the chalk off himself, according to former WSA member John DiPaolo ’89.

In a move that preceded the fraternity shutdowns of earlier this decade, Bennet controversially ruled in favor of eliminating funding from the WSA for fraternities on campus that had not gone co-ed and urged the University to disassociate legally from these organizations in a 12–7 vote.

“Not everything we do is going to please everyone,” he said at the time in The Argus.

But after fierce pushback from fraternities predicting a slump in parties and the discovery of ambiguities in the bill, it was withdrawn. The WSA would pass a non-binding resolution to make fraternities co-educated nearly 30 years later, in 2014, and the University made it policy later in 2014 with a three-year deadline to adopt. There has always been tension between Greek life and the University, but the University has decisively gained the upper hand.

Of all the issues Michael Bennet took on at the University, nothing captivated him like defending open debate and what he perceived as limited student power. Bennet’s earnest defense of the system that afforded student say on faculty committees is a good example.

“The structure of this university is not democratic by nature,” Bennet wrote in The Argus. “All decisions are finalized by a Board of Trustees, many of whom are not elected by the larger community. This concentration of power means that democracy where it can be found is as fragile as it is rare.”

After galvanizing student support against the University’s plans to change this system, the faculty voted against the administration. Bennet had won.

“The vote is a vindication and affirmation of the right of students to participate,” Bennet said.

Today in the Senate, Bennet is a major proponent of bipartisanship.

“To believe that we can counter the threat of some bad version of one-party rule is to be charmed out of the very pluralism we must protect: the idea that we draw strength from difference and wisdom from honest debate,” Bennet wrote in his book “The Land of Flickering Lights: Restoring America in an Age of Broken Politics.”

Bennet’s vision of an ideological pluralist America seems extremely far-fetched with the news coming out of Washington. At the University, there isn’t much sympathy for an argument that puts the Republican Party on an equal level with the Democrats. And President Trump is the antithesis of the idea that strength comes from difference.

But some of his ideals live on at the University. President Michael Roth ’78 has pledged to increase ideological diversity on campus, a controversial move toward the kind of bipartisanship Bennet promotes. Though Wesleyan has changed since the ’80s, the steady stream of student-led responses to controversies hasn’t.

Though the divestment protests of 1987 were about Apartheid in South Africa, not fossil fuels, the arguments on this campus would be eerily familiar to University students of the past, Bennet included. And if the institution helped make him, Wesleyan very well might produce more Bennets.

“I just loved being there,” he said in Wesleyan Magazine about his time at the University. “I don’t think I had a particularly remarkable experience; I think I had the experience that a lot of people had there.”