Emily Greenhouse ’08 Flourishes as Managing Editor of The New Yorker 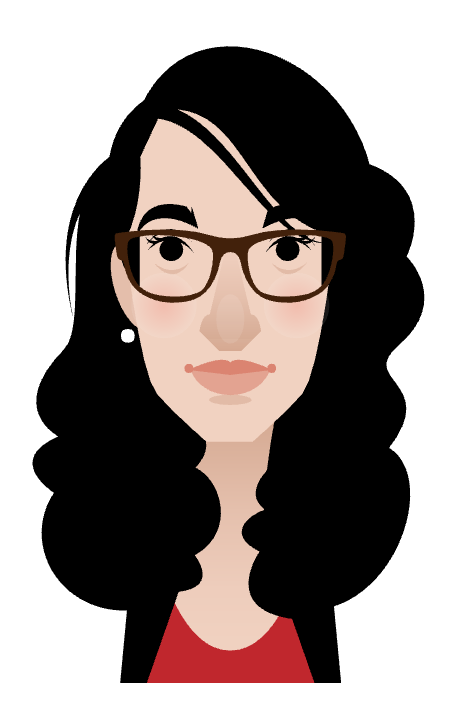 Some forty stories up in the new One World Trade Center building in Manhattan, next to a framed-yet-scrapped post-election cover of Hillary Clinton looking out the Oval Office window under a full moon, Emily Greenhouse ’08 sifts through an atlas-sized magazine draft while referencing a nearly indecipherable flow chart that hangs from the ceiling to the floor. At just age 30, Greenhouse is the Managing Editor of The New Yorker, serving as the hub connecting disparate staff writers, contributors, editors, artists, and advertisers.

“This is technical and sort of boring,” Greenhouse said. “Most of our issues are what we call ‘saddle stitch.’ So that means that they have a staple that connects the pages together. I guess originally that they were stapled or stitched over a saddle, but for our special issues, they have a spine—they’re called ‘perfect bound’—and so they need an additional day at the printer. So we’re closing, this week, our special issue, which is our first ever ‘Health, Medicine, and the Body’ issue.”

Before getting into the intricacies of the timely issue—which includes pieces ranging from Silicon Valley executives attempting to achieve immortality to artificial intelligence replacing doctors—Greenhouse took a brisk walk down memory lane.

A College of Letters (COL) major, Greenhouse spent her time at the University exploring cultural issues from a home base of Europe through a broad conception of the Western canon, while also soaking up feminist and post-colonial theory. She wrote a column for The Argus entitled “Emdashes,” which at one point led to an informal cease-and-desist order from a self-righteous Brooklyn blogger whose name Greenhouse conveniently forgot in her account to Deputy News Editor Eric Lach ’08, a former Argus editor-in-chief who works just down the hall.

Greenhouse showed early symptoms of the journalism bug in her column and her senior thesis (“Reflections on Sartre’s Réflexions”), thanks in large part to her father, Steven Greenhouse ’73. A COL and Government double major, Mr. Greenhouse also served as an Argus EIC before eventually becoming the New York Times labor and workplace reporter, where he wrote full-time from 1983 to 2014 and continues to file pieces for the paper. Recalling how her father would lay out clips from the day’s paper and other publications for her and the rest of the family to read on the kitchen table at breakfast, Emily outlined her deeper connection to what she calls “institutions of letters” that began to emerge during her time at Wesleyan.

“I always was interested in what had come before me as a way to understand the future, and I think right after college I wanted to work in these institutions of letters,” she said. “I wasn’t reinventing them, I didn’t necessarily see myself founding something new, and I guess part of me felt really boring at Wesleyan knowing that I actually wasn’t allergic to a quote-unquote ‘nine to five.’ I’d love to work somewhere that feels really motivating and empowering, and feeling part of something greater than myself.”

She soon found herself immersed in those very institutions of letters, dabbling in publishing before working at The New York Review of Books under the legendary Robert Silvers, who passed away this March. Greenhouse was an assistant following in the footsteps of a staggering lineup of journalists who were “discovered” by Silvers, including New York Times Chief Film Critic A.O. Scott, MacArthur Fellow and Newsweek Book Reviewer Jean Strouse, and former New Yorker Staff Writer Mark Danner, not to mention the gargantuan figures in his circle such as George Plimpton and Robert Lowell. Greenhouse credits Silvers not just with exceptional mentorship, but also in cultivating a firm shared belief that book reviews can examine broad and profound subjects inside and outside of the text.

Greenhouse also had a stint as an assistant at The New Yorker under none other than Editor David Remnick, the polymathic editor at the helm of the magazine who has written profiles and books on subjects from Vladimir Lenin to President Barack Obama, all while running the magazine and finding time to squeeze in a weekly podcast. Greenhouse eventually moved on to spread her wings at Bloomberg, where she wrote on topics related to the 2016 election, from covering the launch of the Trump campaign to profiling female candidates and “First Ladies in Waiting” such as Columba Bush, Melania Trump, and even Ivanka Trump (let Emily’s piece explain the latter). Nevertheless, Remnick wanted her to come back to the magazine, this time as its managing editor.

“Emily worked as my assistant, and it was immediately and always obvious to me that she was, and is, incredibly smart, a voracious reader, personally gifted, kind, works well with writers and editors of every temperament—and she is totally devoted to the kind of work prized by The New Yorker,” Remnick said. “And so even though she went off to Bloomberg for a while to work as a writer and editor, it was always my hope that she would come back. I’m thrilled that she agreed to return as managing editor.” 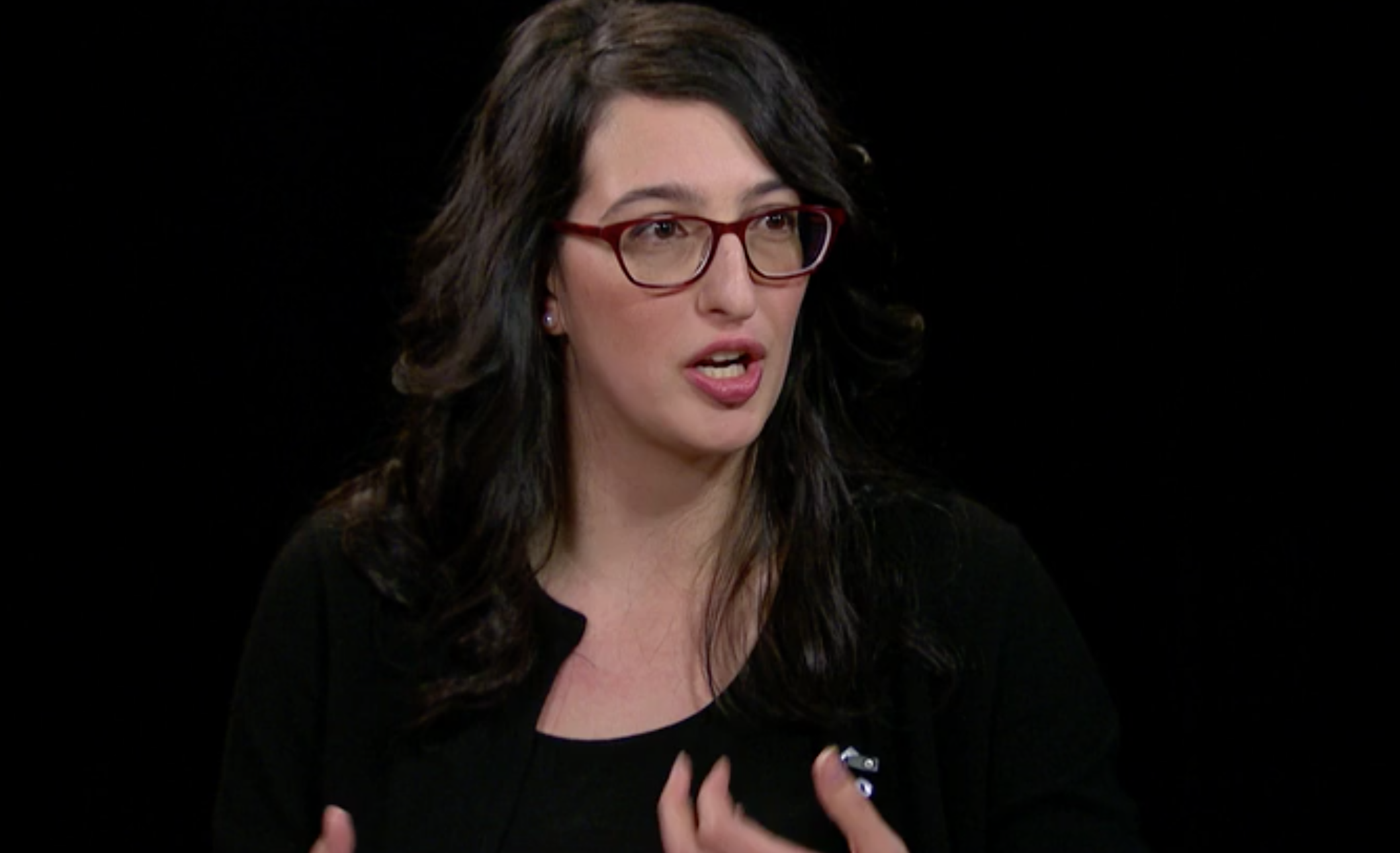 Greenhouse in an interview with Charlie Rose after the Charlie Hebdo attack in Paris. c/o Charlie Rose Show, PBS.

Greenhouse is thriving in her new role, keeping the world’s premier source of literary journalism healthy in what remains an uncertain time for news media, in addition to bringing some of her holistic Wesleyan education to the fore.

“I’m always looking to make sure we’re representing different races and backgrounds, genders, in byline and also in subject,” she said.

As Greenhouse moved about the office to check in with coworkers, her infectious presence and social intelligence livened up each little enclave she entered, from the art department that resembles a kindergarten classroom to the tense staccato orchestra pit of fact checkers, firing away with questions in enough different languages that it all melds into more of a Phillip Glass soundtrack than ambient office noise. In fact, The New Yorker office is unlike other newsrooms in that it’s as quiet as a well-kept library, until Emily makes people laugh.

“I liked the sound of that, just now,” joked Colin Stokes, cartoonist and live video extraordinaire, whose jacket rubbed up against Emily’s blazer to make a sound resembling the first contact between a turntable needle and a vinyl record.

Although she is relatively inactive on social media, Emily shows her millennial tendencies through her keen ability to multitask, communicating with the magazine’s broad spectrum of staff writers and contributors with an octopus-like reach across time zones and deadlines. This manifests itself in the ceiling-to-floor flow chart of editing, which is replicated both in books of institutional memory that show how the editing process has changed since the magazine’s inception, as well as a dry-erase marker version on a window next to the art department that overlooks lower Manhattan and the Statue of Liberty.

The various arrows, boxes, circles, and networking shapes of the chart could be the engineering process for the latest smartphone, but Greenhouse is able to translate it into a page-by-page breakdown of the magazine—cartoons, ads, and all—that sits on an adjacent bulletin board.

While making a jump to a position this strenuous at such a prestigious publication at a young age may appear to be a proverbial biting off of more than one can chew, Greenhouse is simply doing what she loves. In her professional career, she applies what she identified as her biggest takeaway from her Wesleyan education when she filed her last column for The Argus.

“That may sound peculiar, and certainly it is sappy, but I think what I have most valuably taken from this school—besides our college’s inimitable ironic know-how, plus manifold tales of drunken late-night food binges—is the ability to shape a rich, complex, nuanced frame of world around me,” Greenhouse wrote in May of 2008.

Around the corner from the dry-erase flowchart and the mock-up page spread, a quiet hum of typing floats in the air near a nook of the office by the web team, where a wall-to-wall white poster shows the entire roster of New Yorker writers with their cartoon avatars. As Greenhouse welcomes the magazine’s lead counsel into her office, the surrounding corridors return to their library-level ambiance. Staring at the same cartoon roster is David Remnick, fresh out of a meeting with his editor on a secret upcoming piece. With Emily gone, not much needs to be said about the woman who connects all of the top writers in their fields with an email account, a flowchart, and an infectious laugh.

“She’s at the center of things and the list of what she does is quite endless, really, and changes as The New Yorker itself does,” Remnick said. “She can do it all.”