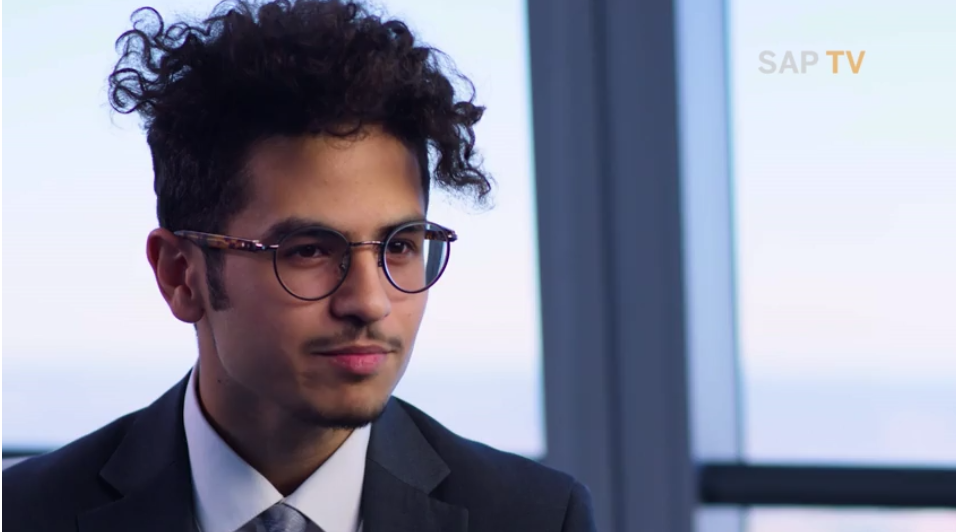 Ahmed Badr ’20 has crossed the Iraqi-Syrian border, flown across the Atlantic, and then driven from South Dakota to Texas before, to the advantage of the Wesleyan community, finally arriving in Middletown. Badr grew up in Baghdad until the Iraq War forced he and his family to leave for Syria. By age 10, he found himself coming to America when his family received four one-way tickets to Sioux Falls, South Dakota after being accepted through a United Nations refugee program.

At the University, Badr is still figuring things out like most first-year students, but he’s also running his own company as an Allbritton Fellow. His startup, Narratio, seeks to empower child literacy by publishing poetry, photography, art, and narratives from across the world. After being featured on Instagram’s own account, which has over 200 million followers, Badr saw his publication receive so many submissions that he and his team can’t publish them all (there are still some 500 left in the coffers).

Badr’s initial claim to fame came when he wrote a powerful memoir as a 16-year-old when living in Houston, TX. Part of his motivation in writing it was to capture his memories of living in Iraq while he still had them. Though his childhood in Iraq only composed a third of the book, it remains an important foundation for Badr to this day.

“I wrote [my memoir] two years ago precisely not to forget those memories, because as you get more and more kind of assimilated—though I don’t like the idea of that word—you tend to forget a lot of those things,” Badr said.

Like any kid putting pen to paper when writing about one’s childhood, Badr recounts a good deal of joy. However, unlike most students he’ll meet on campus, Badr’s home also happened to be an arena of war for much of his childhood.

“The war got pretty close in 2006 when my house was bombed,” he said. “But that wasn’t directly by the [American] occupation, it was just by militants.”

Badr was sleeping away from home for the first time in his life at his grandparents’ house when a bomb bisected his home, with his mother behind a washing machine and his father holding his sister in a living room across the way. Because the bomb was a dud missile, which seeks to inflict damage from being launched at a high speed rather than from exploding, and, perhaps most importantly, because Badr’s parents had emptied three gas canisters three days earlier, everyone survived relatively unscathed physically.

After living in Syria for two years, the last of which consisted of endless paperwork and vetting for his family’s entrance into the United States as refugees, Badr began his life stateside. By the time he had broadened his academic interests, written his memoir, and started Narratio, Badr had to figure out where to go to college.

“We went to Iraq in December of last year for the first time since we’d left, and on the way back on Turkish Airlines, I was watching this documentary called ‘Ivory Tower,’ and I remember in it that there was this guy that was so funny when he talked—not funny when he talked but this way of speaking that was completely different from anybody else that was speaking in that documentary,” he said. “And I was like, ‘this guy seems nice, let me look up his university.’ And that was Michael Roth.”

After adding the University to his Common App on the coattails of President Roth’s punditry, Badr applied and subsequently received an offer he couldn’t refuse.

“I’m glad that I’m here because Wesleyan offered the most personal package,” he said. “Along with the acceptance it was just a really great fit. When I visited and met with some of the people I would be working with at Allbritton [for the fellowship], it just felt right.”

As an Allbritton fellow, Badr receives support for two years behind his startup with a grant and professors at the Allbritton Center for Entrepreneurship.

“When I visited with those professors and talked about my organization, I was like, ‘Oh my god. No other college would do this,” Badr said with a wide grin. “No one would provide this much individual attention and care to what I want to do and what I want to achieve.”

Badr has kept growing his startup during his first semester at the University, but in many other ways, he’s already begun to change.

“I was all about being a government and psych major until I took my intro to anthropology class,” he said. “It was one thing that [Professor Nancy Worthington] said. She said, ‘Anthropology is the study of meaning.’ And I was like, ‘Ahoa, yes!’ And I remember writing that down being like, ‘This is it. Write that down, star it.’”

That’s not to say that Badr’s political side has been tampered down, however. With the election of Donald Trump to the presidency, Badr has been speaking out about misconceptions surrounding refugees.

“It all starts with just meeting a refugee and knowing what they stand for,” Badr said. “I always like to tell people: This is what a refugee looks like, or at least one of the ways a refugee could look. People shouldn’t jump to conclusions without hearing someone’s story…. Simply when you show people what it takes to get here as a refugee, a lot of these ideologies would simply fall apart, because the average time it takes to pass through all of the stages is a year, and there are 11 or 12 stages. And it took my family a really long time: several interviews, several background checks, and one of the most important questions that you’re asked is what can you possibly contribute when you come to America. So the process is extremely long, so it’s not like you can sit here and just get a free ride.”

Whatever Badr does next, he’ll do it with the same passion and vigor as his memoir and startup. Only time will tell where he’ll go with the help of the Wesleyan community, and what kind of a legacy he’ll leave on College Row.