Fuckboys Will Be Fuckboys: An Etymology

What's a fuckboy exactly? The Argus did its damndest to find out. 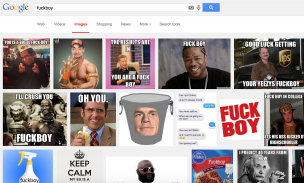 The term “fuckboy,” stylized variably as “fuccboi,” “fucboi,” or some spaced or hyphenated permutation thereof, has been creeping into use on the Wesleyan campus in recent months. Upon investigation, however, the word appears to have a tangled web of vague meanings, countercultural associations, and general problems. The Argus set out to determine: what does “fuckboy” mean, and where did it come from?

Ask a given student about what the term actually means, and it becomes quickly apparent that people’s conceptions of the term differ wildly.

“I always pretend I know when people throw the word around,” Emma Gilberg ’16 said. “I assume it means a guy who is somewhat douchey, someone who’s louder and more arrogant than most. Definitely someone who likes to troll.”

Fuckboys have become increasingly commonplace on college campuses in recent years, and the University may very well attract more students who fit the bill than other schools.

“I think Wesleyan is full of fuckboys, because everyone here thinks they are more special than everyone else in at least one way, breeding fuckboy nature,” Gilberg continued. “I’m still not fully clear on the definition, but I am sure that I would not like to hang out in a room full of fuckboys.”

Arjun Ramrup ’15 furnished a similar definition and voiced similar concerns regarding the usage.

“A fuckboy is someone who doesn’t have his shit together,” Ramrup said. “That’s the most succinct way I can put it. That’s why you have liberty to call him out as a fuckboy, and I think it’s as liberal as you want it to be. It can be because of fashion, party etiquette, [or] social reasons.”

Ramrup also joked about the creeping institutionalization of the word on campus.

“Apparently there’s a fuckboy list, and apparently I’m at the top of that list so I’m not a fan,” Ramrup said. “I personally don’t think I am a fuckboy, but I mean, if [it means that] you’re kind of a flaky, wishy-washy sort of person…I have my moments.”

Records of the word at the University seem to corroborate this general confusion. As with so many social phenomena at the University, the first attested usage of “fuckboy” may have been on the Anonymous Confession Board (ACB), regarded widely as a forum for slut-shaming and suicide encouragement. It first appeared on the ACB in a thread posted in November 2013 titled, “what do you want to be when you grow up.” The third answer, after “a cyborg” and “something related to picking shit up and putting shit down,” was “a fuckboy.”

Other usages on the ACB have appeared in threads arguing over college football (“Go home, fuck boy”), listing initials of hot sophomores who are members of Eclectic (“Too damn bad he’s a fuckboy. Promise”), and in reference to a student band supposedly called Fuckboy Cloud, which was purported to be “sick.”

The first record of the term with regards to college culture appeared in the Rice University Neologisms Database in late 2011, where it was defined as “a very derogatory term used to describe someone who is obnoxious.” The author claimed that the word was coined by the guitarist of a Texas metal band and traced the word to a combination of “fuck,” which is “a very old term in the English language,” and “boy,” “a word from Old French.” None of this is true. There are well-attested usages of the word “fuckboy” as far back as 2002. The word “fuck” is derived from Germanic, and “boy” can be traced back only to Middle English. So the question remains.

In an absolute sense, the word as it exists today lays formal roots in two distinct cultural settings. The first is a register of English popularized by rappers that academics refer to as African American Vernacular English (AAVE). Its earliest usage was in the 2002 Cam’ron song “Boy Boy,” in the lyric, “Oh this cat over front? Fuck boy, boy.” The term steadily grew into prominence during the remainder of the decade. In 2008 and 2009, two separate songs titled “Fuckboy” were released by the rappers Othorized F.A.M and DJ Paul, respectively. The word has grown even more popular recently, featuring prominently in the parlance of rappers like Killer Mike of Run the Jewels, who last month started a chant of the word at SXSW after being attacked on stage by a fan.

According to some sources, the word has picked up misogynistic and homophobic overtones through its genesis in rap culture, though there appears to be contention regarding this interpretation. A posting on the site Online Slang Dictionary published perhaps the most concise definition on the Internet: “fuck boy: noun: woman oppressor.” Conversely, a thread on popular link-sharing site Reddit in late 2014 claimed that the word was “used as an insult quite a lot lately, particularly by white, often male feminists on Twitter when calling out people who are blissfully unaware of how bigoted they’re acting (or are fully aware without giving a shit).”

Tristan Bass-Krueger ’15 mulled over over the offensive connotations of the word.

“I don’t use the word,” Bass-Krueger said. “I’ve heard [others] use it as a derogatory term for men that’s not homophobic or misogynistic. It’s usually men, but all the other common terms for men like ‘douchebag’ or ‘pussy’ or ‘faggot’ are homophobic in that you can sort of understand that it is someone who’s perceived as effeminate.”

When asked to define “fuckboy,” though, Bass-Krueger came up short.

“I don’t know what it really applies to in terms of personality,” Bass-Krueger said. “It’s sort of connoted with ‘douchebag’ or ‘asshole.’ A fuckboy is someone who is a pretender or a poseur.”

Other students expressed confusion about the implications of using the word in conversation.

“In a different context, in gender specifically, a girl might call somebody a fuckboy if they’re flaky or wishy-washy in regards to pursuing them,” Ramrup said. “But I guess there’s no ‘fuckgirl.’ There’s no [female] equivalent.”

Matthew Weinstein ’15’s definition, on the other hand, encompasses all genders.

“A fuckboy in a literal sense is someone who is, at his core…or her core, it could go either way…is a fuckup,” Weinstein said.

It is possible, however, that these distinct connotations crept into the word through distinct origins, a partially converged etymology. Marco Martinez ’15, who has been featured on The Argus’s “Who Wore It Wes” column for his distinctive fashion sense, offered an explanation of how the word emerged from the fashion world, referring foremost to notions of authenticity and appropriation.

“‘Fuckboy’ is such a misconstrued word,” Martinez said. “It basically started as someone who dresses in a very awkward manner; people who wear Hood By Air, Pyrex [Vision], high-end designer streetwear brands that often aren’t worn with much taste to make them seem in-the-know with fashion. It grants them access or membership into this very elite boys club. A fuckboy wants to validate himself.”

According to Martinez, the term has become something of a meme in the fashion world, spanning a cultural movement from clothing to online forums to real world mannerisms.

“The way we use memes is to refer to them all the time, because the meaning of the original content was so vexing…like a GIF that makes some obscure Internet video resurface, though we weren’t there when it originally started,” Martinez said. “Our culture is obsessed with coopting and appropriating.”

The fashion meme to which Martinez referred depicts a fuckboy trapped in a corner at a party, surrounded by his own thoughts. Variations on the meme have included phrases such as, “Those are some elderly Jordans,” and “waitin on a Supreme drop.”

“Speaking like Kanye West on an Internet forum in real life, that’s a fuckboy thing as well,” Martinez said.

This is not to say, however, that the two etymologies of the word are completely divorceable.

“The reason why a fuckboy is such a fuckboy may have something to do with [streetwear’s] hip-hop connotations,” Martinez said. “Hood By Air has been dropped in ASAP [Rocky’s] lyrics, which is why it proliferated. Suddenly it became tasteful to wear Hood By Air because ASAP dropped that line in one of his songs, [‘Bath Salt’].”

With regards to its current meaning, however, Martinez expressed skepticism that the word retained much of that connotation to the average user.

“I think the word is losing meaning,” Martinez said. “It’s always had this embedment in streetwear….It went through so many outlets, picking up and regurgitating each step of the way, and the true meaning of the word was lost. Now it’s a behavioral thing. Now when you refer to a fuckboy, it’s because he or she might be behaving in a certain way. We use it because we heard it and want to use a trendy word at the moment. But it’s funny; we misuse it and misspell it as well.”

Regardless of its original connotation, the word seems to have settled into an uncomfortable state of semi-definition here at the University, broad enough to refer to anything from a manner of dressing to mannerisms to party etiquette, but sharp enough to carry some offense.

“From what I’ve gleaned, for girls, often [fuckboy behavior] could be wearing Canada Goose,” Weinstein said.

Some have attributed the word’s popularity to the sound itself.

“It has a certain ring to it, ‘fuckboy,” Bass-Krueger said. “There’s a mystery, an enigma behind it where you try to parse fuckboyism. It just gets more confusing the further you go. It’s best not understood.”

Martinez, in the meantime, seemed to be taking the dilution of the word in stride.

“I was at a party and a friend of mine said to me, ‘Hey, you’re wearing a fuckboy uniform right now!’” Martinez said. “Maybe we’re all fuckboys.”