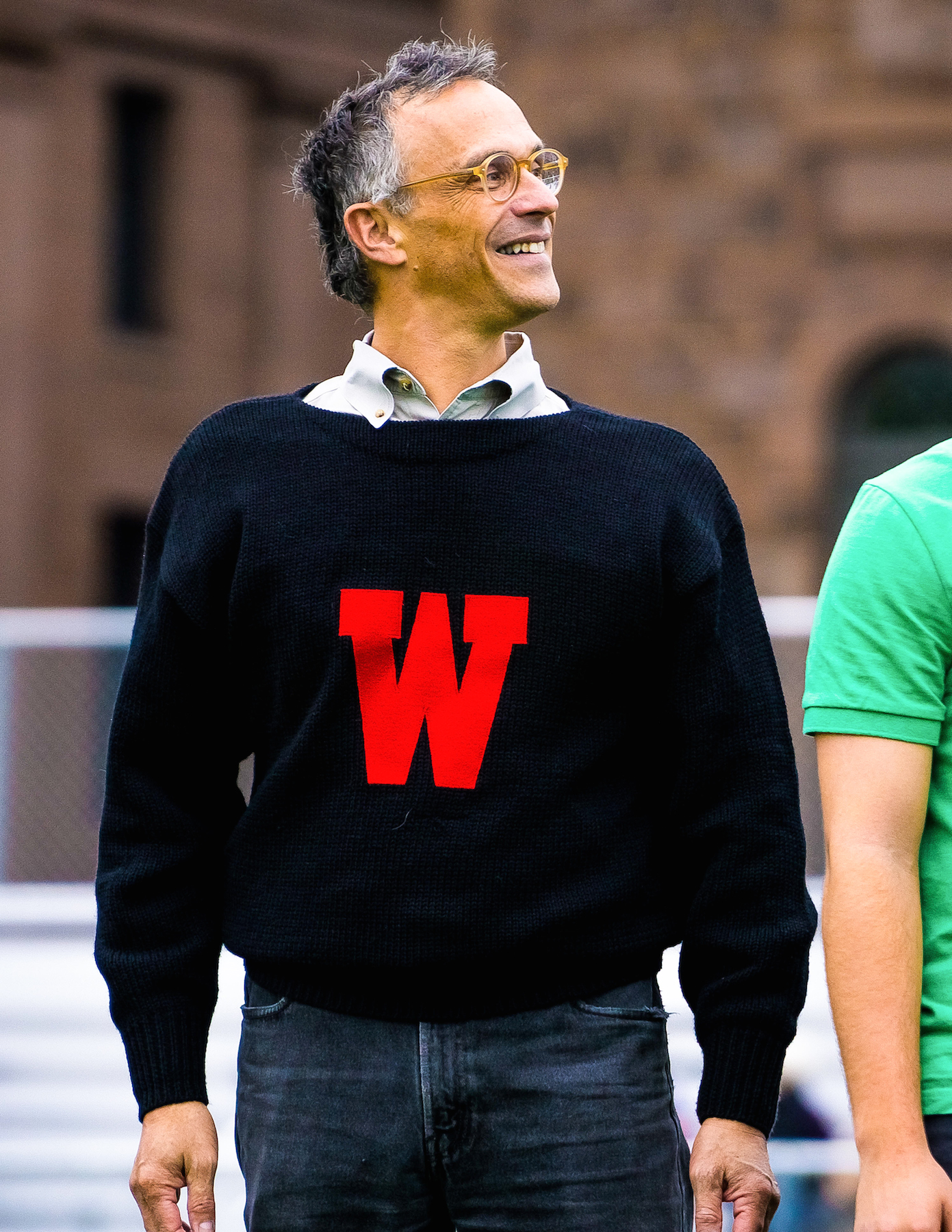 The Michael Roth ’78 era at Wesleyan is just getting started. On Saturday afternoon, Chair of the Board of Trustees Donna Morea ’76 announced in an all-campus email that the board will extend President Roth’s contract through 2023.

“This is truly an exciting time for Wesleyan,” Morea said. “With the support of our community and Michael’s outstanding leadership, our reputation for being at the forefront of pragmatic liberal education continues to grow. I’m delighted to report that he has committed to lead Wesleyan through 2023.”

Morea praised President Roth’s “extraordinary leadership” and commitment to expanding financial aid, as well as his work on Wesleyan’s signature fundraising project, the THIS IS WHY campaign. During THIS IS WHY’s decade-long run, Wesleyan raised $482 million, and nearly 80 percent of alumni donated to the campaign. THIS IS WHY provided over $274 million for financial aid and approximately $145 million to recruit new faculty and fund programs like the Allbritton Center for the Study of Public Life, Shapiro Creative Writing Center, and the four interdisciplinary colleges that have been launched during Roth’s tenure.

“[President Roth] has worked to deepen our resolve to cultivate a supportive campus community where all have ample opportunity to thrive and participate fully in our vibrant culture,” Morea said. “Thanks to a concerted effort to expand recognition of Wesleyan, record numbers of students from around the world have sought the opportunity to learn here. Through a consultative process with all university constituencies, Michael is developing a vision for the future in ‘Beyond 2020: Strategies for Wesleyan’ that will encourage and support innovations such as our new course offerings in design and engineering.”

Wesleyan’s application pool of 12,000 candidates for the class of 2020 represented a 21 percent surge from the year before.

The Argus has reached out to President Roth’s office for more details on the “Beyond 2020” project and will update this article as information follows.

President Roth became president of Wesleyan on July 1, 2007. Formerly, he was president of California College of the Arts (CCA) and was the founding director of the Scripps College Humanities Institute in Claremont, Calif. Roth has been praised for growing Wesleyan’s endowment from $521.9 million to $838.8 million in the past five years, declaring Wesleyan a sanctuary campus in November, and diversifying Wesleyan’s faculty. However, his time as president has been met with opposition from student activists on issues ranging from divestment to funding for the African American Studies department (AFAM).

Roth was called upon to resign along with Vice President for Equity & Inclusion Antonio Farias by 200 students and a handful of faculty members at a town hall last October. The call came after their handling of the firing of former Associate Dean of Students Scott Backer. Backer’s record of sexual misconduct in his previous position at Vermont Academy was withheld from students until an article from the Boston Globe’s Spotlight Team uncovered the complicity of New England prep schools in shielding perpetrators.

One of the most consequential decisions President Roth made in his first few years was to end a decades-old policy of need blind admissions in 2011 in an effort to combat rising tuition costs. Ten percent of Wesleyan’s freshman class each year is now admitted through need-aware admissions. Tuition sticker fees have increased 7.2 percent since the 2013-2014 school year, now $50,312, consistent with similar increases for private universities nationwide.

President Roth has also become a champion of liberal arts education and a notable public figure in academia, especially since the release of his book “Beyond the University: Why Liberal Education Matters” in 2015. In November, he appeared on Fox News’ program Tucker Carlson Tonight to discuss sanctuary campuses. According to a report by the Chronicle of Higher Education in 2013, President Roth was the third highest-paid president in the NESCAC, behind the chief executives of Tufts University and Connecticut College. His compensation rose from $535,344 in 2008 to $735,393 in 2013.

Morea reiterated her confidence that President Roth is the right person to lead Wesleyan in the future.

“Now more than ever, our country needs Wesleyan graduates whose liberal education has prepared them to address complex problems and create powerful opportunities,” Morea said. “With Michael’s bold, visionary leadership and the continued support of our community, I am confident that we will meet if not surpass our high aspirations.”