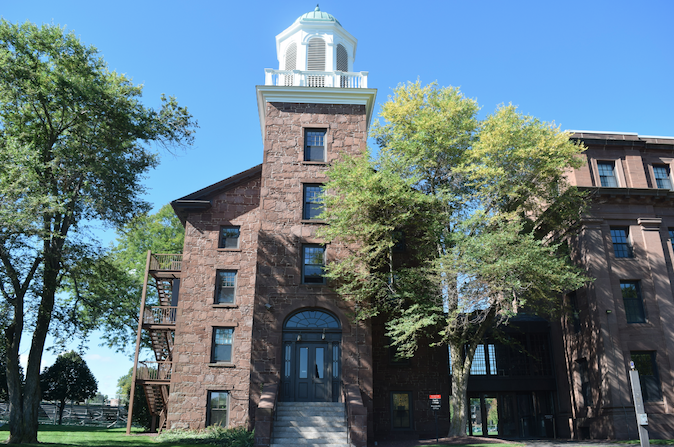 At “WhoRunsWes: An open town hall about community events,” which took place in the Daniel Family Commons on Oct. 4 at 10 p.m., a group of approximately two hundred students and faculty members came to a consensus to pursue the removal of University President Michael Roth and Vice President for Equity and Inclusion/Title IX Officer Antonio Farias from their posts. Citing a continual lack of transparency and failure to meet student needs, attendees generated an additional list of action items to ensure swift and effective change.

The town hall and subsequent consensus came about in the aftermath of a Boston Globe article that unearthed sexual misconduct perpetrated by former Associate Dean of Students Scott Backer during his tenure at Vermont Academy in Saxtons River, Vt. Prior to the Boston Globe article, the University had not made public the circumstances surrounding Backer’s departure. Upon Backer’s firing, the University hired the law firm Pepper Hamilton to investigate Backer’s handling of sexual assault cases at the University.

“Some people thought we should just make it public, why he was being fired,” Roth said. “In this case, I knew it was going to become public, and I thought the precedent of publicly describing why you fired someone was a bad precedent to set. You can hear in my answer that I’m still torn about this. I see why, of course, some people say, ‘I wish I had known what had happened.’ Our first responsibility was to find out anything that was relevant to his work here. We haven’t found anything.”

Students have criticized the University’s failure to divulge this information immediately, as well as what they argue is the administration’s ongoing failure to adequately reform sexual assault policy and address the issue of sexual assault on campus.

“My main issue has honestly been the complete disregard for student, faculty, and overall community well-being in not being open…and not letting students and faculty know this before the [Globe] article came out,” Jennifer Gagné ’19 wrote in an email to The Argus. “Along with that vein, it shows how no matter what part of admin you’re talking to, they won’t admit to anything that looks bad on them.”

Sarah Chen Small ’18 noted that bringing about change seems to be an effort made by students, and particularly marginalized students, rather than the administration.

“Almost every time I go to a [student-led] discussion, march, protest, teach-in, or meeting it’s run and attended by women of color, trans people, queer people, low income students—all of whom are the ones most dealing with the effects of the administration’s abuse every day, not to mention financial insecurity and trauma, frequently from sexual assault on this campus,” she said. “We need help. It’s hard to say it but we need help.”

Several faculty members were also in attendance at the meeting, including Assistant Professor of African American Studies Khalil Johnson. Johnson spoke to the importance of student activism on campus.

“One could argue that we have the most diverse new hires in Wesleyan’s history because of student activism,” he said. “I think that in the national debate over safe spaces…that debate is a red herring that distracts from the real issue at hand. Places like Wesleyan—like my alma mater, the University of Georgia, like Lewis and Clark College in Portland, Oregon—have been historically kept safe for white heterosexual men for over a hundred years. Now, students who don’t fit into those categories are trying to make it their own space, too, and not just be included among a majority white population.”

Nila Ravi ’18, the vice president of the Wesleyan Student Assembly (the WSA), was impressed by the size and stamina of the town hall, which was organized by Yael Horowitz ’17 in collaboration with student organizers from many campus communities.

“Working with the WSA, and trying to gather people around certain issues, I was happy with the number of people that came,” she said. “It’s obviously indicative of the pain that people are feeling because of all the injustices that are happening. But it’s still really affirming to see so many people. I’m really happy with the way it was moderated and with how many people were able to speak up in the space. I was so impressed with how that emotion was turned into action items that, working within the limits of the administration, and finding ways to combat that, was really affirming.”

“For me, the biggest purpose of this was to share and acknowledge how much pain people are feeling right now, and I think just to create a space for that is one part cathartic, but also incredibly motivating,” she said. “From the WSA perspective, it’s exciting to see this space emerge, because we’re not always the best space for that pain to really come to full fruition and be incredibly safe. I’m excited that there’s this alternative that’s emerged, and excited that we were invited to be here and take part in it and kind of walk in both worlds.”

In the aftermath of the town hall meeting, attendee Abby Cunniff ’17 felt empowered by the group’s cohesion and momentum.

“There are a lot of notes of optimism, but there’s also an idea that we don’t have to participate in university systems, and we can prioritize—we can re-focus—on ourselves,” she said. “We can create structures that work for us and figure out ways to do that for ourselves. It’s something that different student organizers have tried to do over the years, but haven’t had the critical mass to do. I think that there’s a lot of strength that students are willing to lean into, and engage politically with and against different forces at the University.”

“I think the fact that our efforts have come together in a room fueled by dissatisfaction and disappointment in the let-down is fueling us to a new movement, a new direction, of activism on campus,” he said. “It’s activism that’s not complicit in the responses of administrators. It is cognizant of their reasoning and how it takes power away from voices, and I think there’s a new consciousness in this room of demanding themselves to be heard.”

Aleyda Robles ’18, who believes in the necessity of administrative overhaul at the University, emphasized her frustration with the institution.

“I think the fact that there were over or about two hundred students, all in a room together, talking about how they have no more trust in this administration, that they feel that they don’t even know who to go to about their problems anymore, just demonstrates that we really can’t go about this anymore,” she said. “How many apologies are they going to have to give out before it’s enough? That’s been something that a lot of people have been saying since last year.”