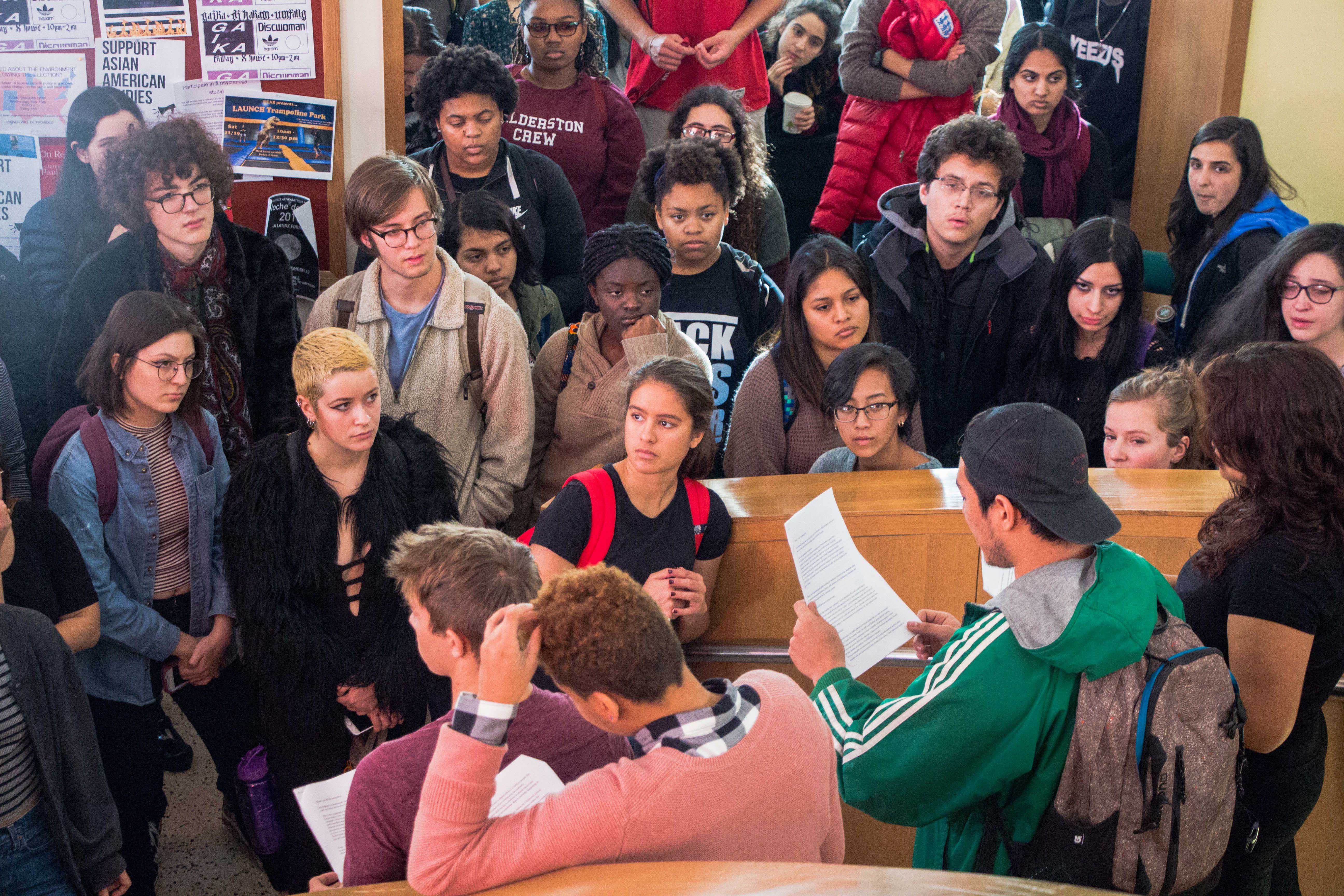 On Sunday, Nov. 20, University President Michael Roth declared Wesleyan a “sanctuary campus” after consulting with the University’s legal counsel and Board of Trustees. Roth also cited discussions with students, faculty, and staff that informed his decision.

“Across the country, many are calling for their universities to become sanctuary campuses,” Roth wrote. “The model is the ‘sanctuary city,’ like Austin, New York City, Chicago and dozens of other municipalities, which have declared their intention not to cooperate with federal officials seeking to deport residents simply because they lack appropriate immigration documentation.”

Although there is no firm legal precedent to extend the legal doctrine of sanctuary cities to private universities, Roth and the University’s counsel crafted two clauses outlining how the University will react if federal forces were to deport students, faculty, or staff based on their immigration status.

“Wesleyan will remain committed to the principles of non-discrimination, including equal protection under the law, regardless of national origin or citizenship,” Roth wrote. “Wesleyan will not voluntarily assist in any efforts by the federal government to deport our students, faculty or staff solely because of their citizenship status.”

These clauses are meant to give the University legal backing on constitutional grounds in a variety of cases. The most immediate would be preventing any University staff from assisting federal authorities in deportation efforts. The University’s statements also hedge against a potential federal lawsuit or seizure of funds, of which the federal government provides around $24 million to the University each year for Pell Grants and research, according to President Roth in an interview with The Argus on Nov. 16.

It is unclear to what extent the “voluntary assist[ing]” clause will be applied if federal authorities were to come to campus, but it does ostensibly ensure that resources such as Public Safety and the registrar’s office would not be called upon to aid a potential deportation force.

Though many petitions have been circulated at other universities, Roth is among the first to declare a school a sanctuary campus, along with a few California State Universities, Reed College, and Portland State.

“This is a huge step forward in the right direction, and I hope that this decision makes students feel more at ease on campus,” Rogel wrote in a message to The Argus. “That being said, I want to point out that Wesleyan refusing to be involved in ICE [Immigration and Customs Enforcement] raids does not mean that ICE raids will not happen. It just simply means that the administration will not voluntarily participate in the raids.”

Rogel also pointed out that Roth and the trustees did not address all of the petition’s demands.

“Roth did not allude to any sort of reform to CAPS [Counseling and Psychological Services], which is something that students not only demanded in the Sanctuary petition, but also in the Wes Needs CAPS campaign that started in October,” he wrote. “These are important and essential factors to making Wesleyan safe, and it is something that the administration needs to work on. Overall, I am glad that the Sanctuary Campus is now closer to being a reality, but there is still work to do.”

“I am definitely happy that President Roth declared Wesleyan a sanctuary campus,” she wrote in a message to The Argus. “I do think that publicly acknowledging this is the first step. However, I also want people to be cautious and not think that its all over now because there’s so much work that still needs to be done.”

“I am definitely interested in hearing more on why that is the case and what the current plans are from the administrative side,” she wrote. “As of now, we are trying to reach out to different groups on campus and see where they are at to ensure that we are building coalitions and solidarity in this moment.”

Jenny Davis contributed reporting to this article. She can be reached at jdavis02@wesleyan.edu.