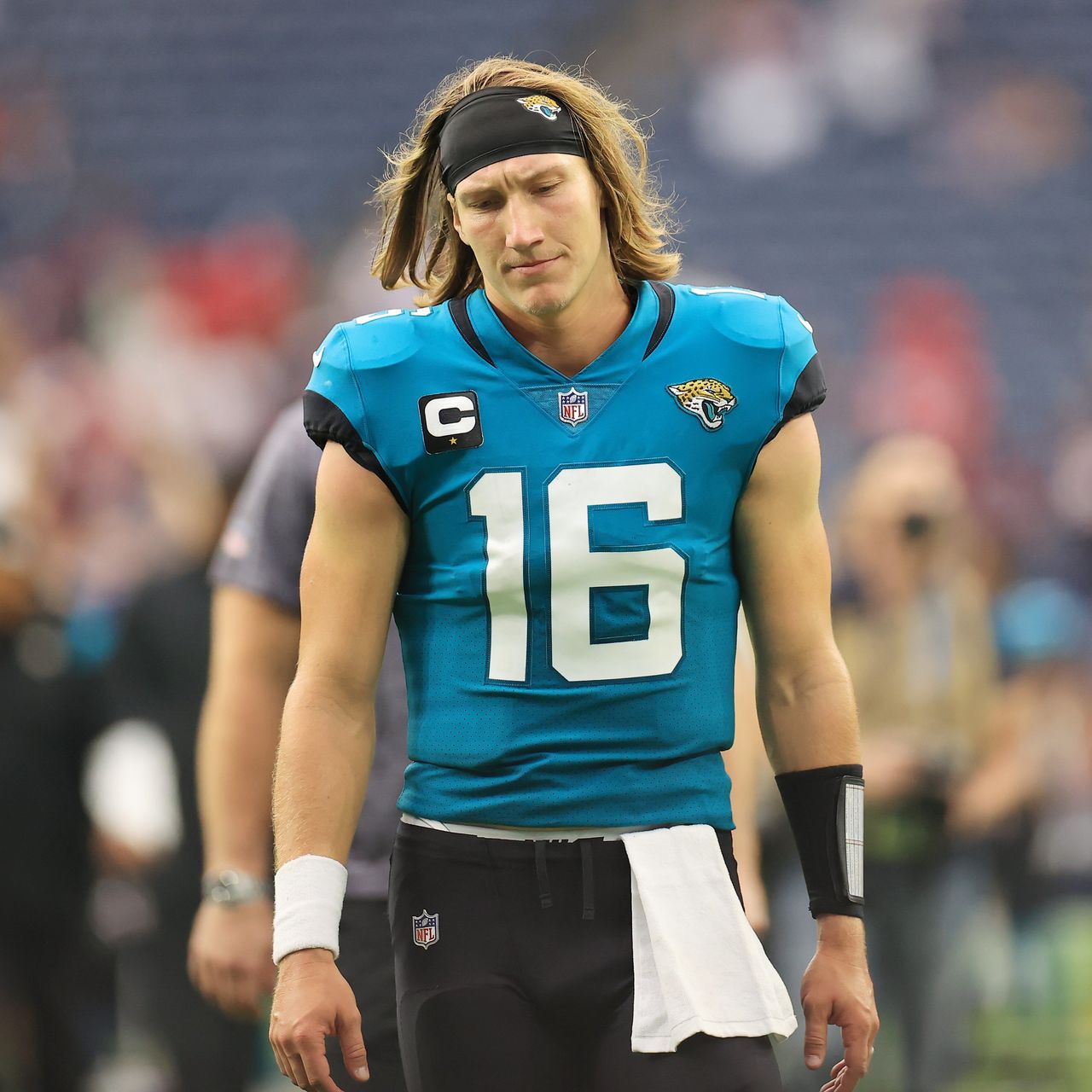 The horn of the Trevor Lawrence hype train started blaring as soon as the said hype train left the anticipation station. I first heard of him and his apparently unmatched quarterbacking ability when he was a mere high schooler, just a few years removed from the age associated with algebra and drinking chocolate milk from mini cartons. The sound of the horn struck my ears like the sirens’ song, and my imagination ran wild with the possibilities that such a remarkable talent presented. The reports that influenced my young, impressionable mind led me to believe that I was witnessing the rise of the GOAT (this was before the GOAT acronym came into popular use, but it’s too fitting to omit). I don’t think that Lawrence had even committed to a college program yet, but I remember thinking that I couldn’t wait to see him in the pros.

I thereafter lost interest in the Trevor Lawrence phenomenon, my attention being carried away by school and a new dog and getting my driver’s license and so on, and thus the hype train blew right by me. Had I hopped aboard, I’d have found that my initial excitement was very much substantiated by Lawrence’s college career. His freshman year, he led Clemson to an undefeated season that was crowned by a 44–16 victory in the 2019 College Football Playoff National Championship. He would ultimately lose only two games as Clemson’s quarterback, those being the 2020 College Football Playoff National Championship and the 2021 Sugar Bowl. As soon as it was announced that he would give up his senior year, it was a foregone conclusion that Lawrence would be taken first overall in the 2021 NFL Draft.

But by whom? Inspired by the prospect of Trevor Lawrence becoming their quarterback, fans of mediocre and miserable NFL franchises initiated “Tank for Trevor” campaigns, in which they half-jokingly encouraged their teams to purposely lose. The object of this loss would have been to get themselves in a position to draft Lawrence, as the NFL Draft order is such that the teams with the worst records receive the highest picks. This was by no means an unprecedented event: The drafting of Andrew Luck, the last college quarterback to have been so highly touted, was preceded by similar calls to “Suck for Luck.” However, it underscored the harsh reality faced by Lawrence and other top draft prospects, which is that the best players go to the worst teams. In the 2021 NFL Draft, Lawrence was the best of the best, so accordingly, he was selected by the worst of the worst: the 1–15 Jacksonville Jaguars.

Thus the fairy tale of Trevor Lawrence came to an end. Since entering the NFL, victories have become as rare to him as losses were in his college days. As of this writing, the Jacksonville Jaguars are 2–7 for the season, tying the New York Jets for the second-worst record in the league. Even worse, it appears the cause of these woes lies, not only in the deficiencies of the franchise but also in those of Lawrence himself. When assessing Lawrence’s season, one must consider that he was drafted into the most challenging possible situation for a rookie quarterback, stuck with a team that was one loss away from being just the third in NFL history to go 0–16; that being said, his play has been disconcertingly shaky, even for a rookie. Instead of carrying his team, as was expected of Lawrence and has been expected of other generational quarterbacking talents, Lawrence appears to be buckling under its weight.

Thus, I admit that the assessment I made of Lawrence years ago (that he was the future GOAT) was less than cogent, as those made by middle adolescents tend to be. Furthermore, I evidently was able to wait for him to go to the pros, and by the look of things, I could have waited indefinitely. I cannot help but view Trevor Lawrence as a sort of tragic figure; how else can one who reached such highs only to fall to such lows be described? I hope that Lawrence is able to make a turnaround and realize his once seemingly endless potential. But until then, it appears that he has gone from best to bust.