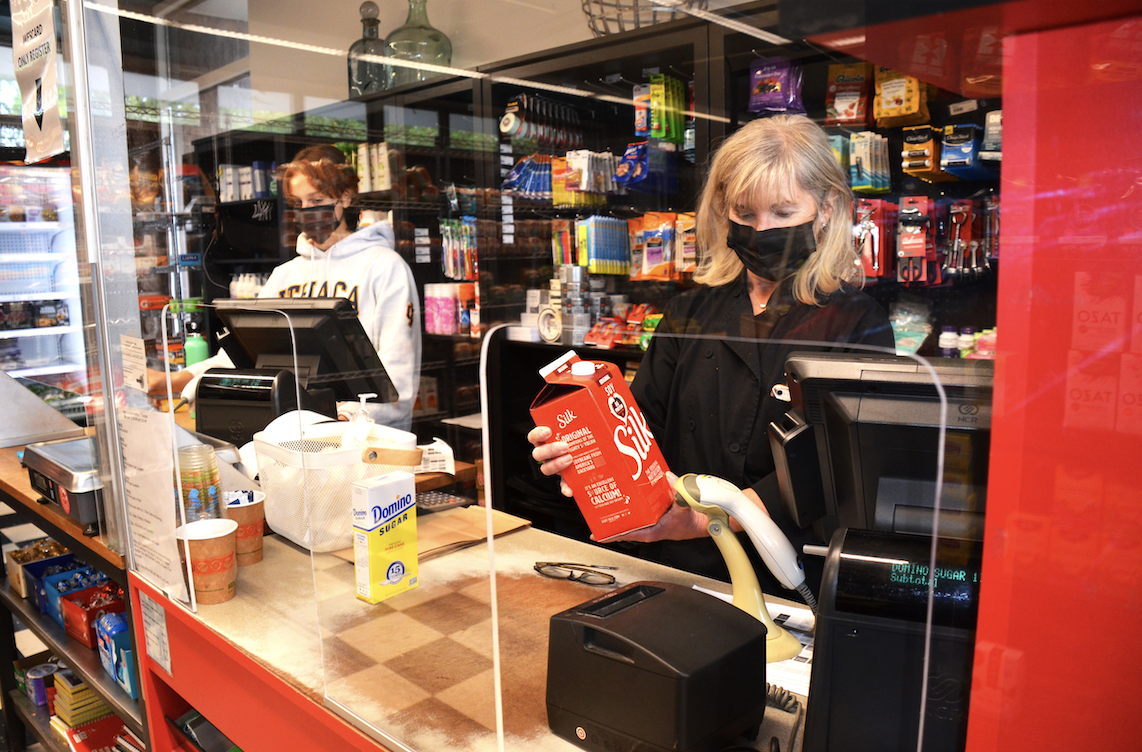 As a new semester begins and COVID-19 restrictions relax, some student jobs that were absent during the 2020–2021 school year have finally made a return. Students can now apply to work for Bon Appétit Dining Services, which includes the dining locations Weshop, Summerfields (Summies), Usdan Café and Marketplace, and Pi Café.

Cecilia Mejia ’24 has only been working at Pi Café for a couple of weeks, but she said she has been enjoying her time so far.

“I feel like I don’t have the full experience just yet, but as of now I would say it’s really good,” Mejia said. “The hours are very easy as a college student and the people are great there. It’s a good environment to work in so far.”

Mejia said she enjoys working with other returning students who are also new to the role.

“I get to interact with [sophomores] a lot, and we try to help each other out since most of us are new,” Mejia said.

Despite the multitude of new workers, there are still some students who worked for Bon Appétit prior to the pandemic who are returning to their positions under very different operations. Many of them have also been tasked with training new workers.

Rachel Miller ’22 has been working at Pi Café since the second semester of her first year, making drinks and serving people their orders. She described the return of her work at Pi as exciting but chaotic.

“Coming back was a little bit crazy,” Miller said. “We haven’t been working for so long, so many people graduated, so all of a sudden there [are] only a few [returners] and many people who need to be trained. So it’s been a little hectic getting back into the swing of things.”

However, Miller expressed that she is glad to be back after she couldn’t work last year, and enjoys the community fostered by both student and non-student workers at Pi.

Abby Katz ’23, who has been working for Summies since her freshman year, also mentioned that having the opportunity to work with non-student workers has been a highlight of her experience.

“I’ve definitely developed some really good relationships with the cooks and the managers and other non-student workers there,” Katz said. “It’s the kind of job where you get into a flow with who you’re working with.”

For Katz, the community fostered between student and non-student workers has made the working environment at Summies comfortable and entertaining. She explained, however, that the environment has changed since the pandemic. Summies no longer offers seating, instead opting to use a mobile app for to-go orders. These COVID-19 safety protocols have substantially changed the Summies community.

“I find Summies used to be a place of camaraderie because it’s a smaller area than Usdan,” Katz said. “It felt more like you were connected to the people you were eating with, and that’s obviously gone now.”

Katz’s concerns about the changes at Summies have not affected her love for the job. She appreciates that her employment allows her to separate herself from her academic duties in a busy but fun environment.

“I am happy to be back working,” Katz said. “I don’t really do it for the money, so it’s more just taking time in the week to do something a little monotonous that’s still productive financially and does good for the Wesleyan community.”

Both Miller and Katz value the work they perform and the community they interact with while working for Bon Appétit. Miller offered her advice to students who are interested in working at one of the Bon Appétit locations on campus.

“I would say go for it if you’re thinking about doing it because it’s a super fun job but not a big commitment,” Miller said. “Try to get a shift as soon as you can. You can walk into Pi and talk to any student and anyone would be willing to talk to you about their experience.”

Shelby Gadaleta can be reached at sgadaleta@wesleyan.edu.