A Not-So-Secret Past Life: Lana Del Rey As Told Through Her Unreleased Music 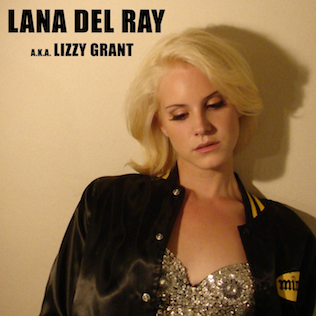 On an Instagram video last week, Lana Del Rey announced that she was deactivating all of her social media accounts to pursue other interests. While she will continue to release music, and possibly poetry, her presence as a social media icon will cease.  Like any announcement of a pop star with Lana’s fame, the announcement was met with anger and sorrow, along with confusion. Why would a cultural giant like herself quit social media?

Despite her recent announcement, it is clear that Lana will never disappear. As an artist with eight studio albums, dozens of singles and several EPs, her music has left and will continue to leave an indelible impact on music and pop culture. Along with these songs, there are many—over 100—unreleased songs that continue to make her the giant she is without the recognition, money, or streams that traditionally released tracks garner. These tracks have amassed millions of streams on Soundcloud, despite lack of promotion or availability on traditional music streaming platforms.

The origin of these songs are unclear. Most of them, according to a rumor, were released after a leak from an external hard drive taken when del Rey was staying in a hotel. Others are simply not available in traditional places on the internet, like del Rey’s early album, “Lana Del Ray” from one of her original stage names, Lizzy Grant, which was released on CD and not converted to streaming when Grant became Del Rey.

Why are Lana Del Rey’s unreleased tracks so coveted and so played? Perhaps due to her mysterious stage presence, or perhaps the way that her sound has evolved so much since her beginnings in the early 2000s. Or perhaps it is the fundamental desire of her fans to grasp, even loosely, the strings of a mystical musical being whose authentic self is so often obscured by the complicated world of pop culture in the 21st century.

As the internet grows, the stage onto which leaked songs can take hold is ever-expanding. This arena, coupled with the ravenous tendencies of Del Rey’s fan base, means that the unofficial tracks pop up as the soundtrack to every kind of media. TikToks, Instagram videos, and SoundCloud playlists filled with the songs are constantly circulated through subreddits and fan accounts.

I have been an avid consumer of this media myself. Last year, in the midst of the pandemic, I downloaded a Google Drive folder of Del Rey’s unreleased songs and imported them as external files to my Spotify account so I could listen to them all the time. I know there are many who can say the same. Looking back, I feel a sort of guilty about doing this; consuming art without the consent of the artist feels like a sort of breach of trust. Plus, it feels like a kick in the face to an artist I love so much by continuing to circulate her content without her blessing and without any benefit.

Many of the unreleased songs straddle the line of what is considered appropriate, which perhaps disqualified them from being released into the mainstream. One of the biggest unreleased tracks is the song, “Put Me in a Movie” whose soft melody is punctuated with the pedophilic line “C’mon you know you like little girls” and “You can be my daddy.” Another song, “Serial Killer,” features the line “Baby, I’m a sociopath, Sweet serial killer on the warpath ‘Cause I love you just a little too much, I love you just a little too much.” “Smarty” from the Lizzy Grant album, features the lyric: “Beat me and tell me that no one will love me better than you do.” This echoes similar themes of Lana’s released tracks, such as “Lolita,” from her extended album, “Born to Die” and the title track from the album, “Ultraviolence,” which both contain themes of abuse, pedophilia, and more.

There are other songs that I wish could be released. “Queen of the Gas Station,” from early alter ego Lizzy Grant, is a deliciously fun song with the line “Baby if you love me, take me to the gas station.” The song, “Say Yes to Heaven” is another sad, pop-infused tune that features the typically Del Rey line, “Say yes to heaven, say yes to me.”

One of the last pictures Lana Del Rey posted on Instagram was a repost of a tattoo that fellow musician Anderson .Paak got on his arm, which states “When I’m gone, please don’t release any posthumous albums or songs with my name attached, those were just demos and never intended to be heard by the public.” I find that this is a plea to the public but also to her fans — that consent is essential in the artistic exchange. Otherwise, what is it worth?