CW: This article contains references to emotional/physical abuse and suicide. 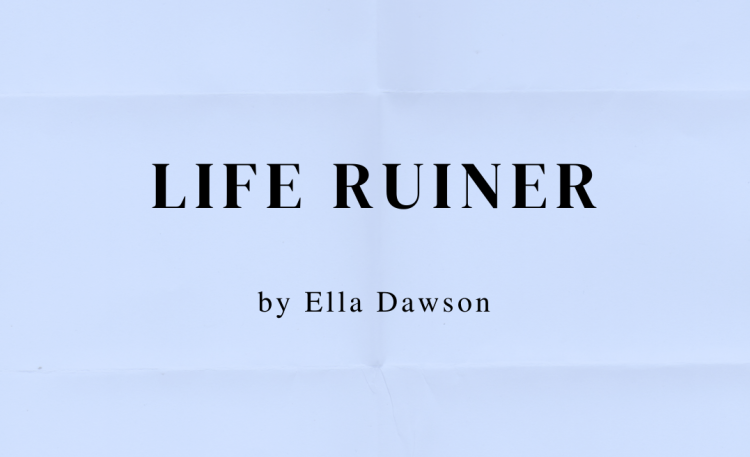 When Ella Dawson ’14 arrived at Wesleyan’s campus in the fall of 2010, conversations around consent, sex and sexuality were not exactly where they are now. According to Dawson, feminism was still considered a dirty word; rhetoric around consent was limited to “no means no”; the public was still reeling from George Bush’s campaign for abstinence education.

Though discussions about sex may have been lacking, sex itself was most certainly not. Dawson said she had a complicated relationship with Wesleyan’s pervasive hookup culture, which generally equated—and arguably still equates—sexual liberation to sleeping with as many partners as possible.

“There was this binary view, at least in my mind as an 18-year-old, of, you’re either someone who believes sex is part of a relationship and you’re judgmental of casual sex, or you are a sexually empowered young woman who screws whoever she wants to and does whatever she wants and can have sex without emotions,” Dawson said in an interview with The Argus. “And as a result, I was super defensive of hookup culture itself because I interpreted criticism of hookup culture as criticism of a free sexuality.”

Within the context of Wesleyan’s hookup culture and lack of conversations about consent and communication with sexual partners, Dawson found the latter half of her time at the University largely defined by a relationship that was abusive and traumatizing. This December, Dawson shared her story in the form of “LIFE RUINER,” a micro-memoir that she has shared on her Patreon, a platform through which creators share personal content with paid subscribers.

Set mostly at Wesleyan in Dawson’s junior and senior years in 2013 and 2014, “LIFE RUINER” takes the reader through a semi-linear progression of her relationship with Blake (all names were changed to protect privacy), an attractive yet troubled party acquaintance turned sexual and romantic partner.

“He was young but sexy, confident in his body and his skin,” writes Dawson in the opening pages of her micro-memoir. “Soon it was just me and Blake dancing together, his hands on my hips and his breath hot on my neck. He smelled like cologne and sweat and cigarette smoke. I felt his breath catch as he ground against me just a little, a suggestion to test the waters.”

After their initial encounter, Dawson and Blake’s relationship does not follow the typical narrative arc of a one-night stand. Dawson narrates their meet-ups at classic campus spots, ’Swings and in her LoRise, their budding romance fraught with red flags that only seem problematic retrospectively: “When he admitted a few weeks into our whirlwind romance that he’d been on cocaine that first night, the night we got dinner at WesWings, I found it funny,” writes Dawson. “It was another absurdity, a sitcom twist.”

A few late night hookups and trips to Whey Station later, everything changes for Dawson when she wakes up to itchy raised bumps on her labia, which are ultimately diagnosed as genital herpes. From this point forward, her relationship with Blake slowly devolves into cycles of emotional abuse and manipulation as he also receives a herpes diagnosis and begins to threaten suicide. When Blake reaches an emotional low at the end of the summer and the two break up, Dawson begins to replace her feelings of dirtiness and shame surrounding her STI diagnosis with understanding and empowerment. Back on campus, though, she and Blake begin hooking up again until Blake nearly overdoses on prescription drugs and alcohol and Dawson discovers that he has physically abused his ex-girlfriend, Kris.

“It coursed through my bloodstream, a chronic trauma that got better and worse and better and worse,” writes Dawson to close “LIFE RUINER.” “I was not just some girl; that, at least, I knew.”

Dawson said that she avoided including a closing reflection or tidy ending to her micro-memoir because it would not have been true to her experience of trauma and abuse.

“I find that there’s never really a neat ending for an abusive or a traumatic experience,” Dawson wrote. “There can be the narrative ending of, ‘I never spoke to him again, we broke up.’ But in terms of the emotional experience and the way it’s impacted me as a person, I’m still dealing with this, I’m still learning from it, and healing and trying to de-center it as part of my identity.”

Since Dawson still carries the trauma of her relationship with Blake, she explained that narrating their encounters proved emotionally and technically challenging.

“It’s difficult to write about experiences of abuse, because as a survivor you feel the need to protect your abuser, so I kept self-censoring,” Dawson said. “Last summer when I wrote the bulk of this, I finally gave myself permission to tell the full story without taking out bits and pieces and without thinking about anyone else’s truth but my own, and it took me a long time to be able to do that, but I created something really beautiful, that I was proud of, and that I hoped would resonate with others.”

Dawson also commented on the title of her piece, “LIFE RUINER,” which acts as both a nod to Blake’s accusation that her transmission of herpes onto him was a life ruining event and an open-ended question about what it means to have a life experience shaped by abuse.

“To ruin someone’s life is, it seems like a crime or an attack or something done really intentionally, when in reality, I think a lot of what happened between us was just an accident, of not knowing how STI testing works, and not knowing how to talk about it, and not understanding what herpes is,” said Dawson. “But, ‘LIFE RUINER,’ when I wrote it as the title I was like, this is it, this is what I’m trying to question and understand, is, what does it mean to ruin something or someone? And are we ever really ruined? But it was also a way to forgive myself. I am not a life ruiner. If I give someone herpes, I’m not ruining their life.”

Dawson hopes that her piece will prompt readers, and particularly Wesleyan students, to center conversations around emotional abuse and sexual health. After all, aspects of life at Wesleyan that Dawson remembers are still true of campus today. Many students still pretend not to know their hookups in Usdan or fail to disclose information about STIs, and sexual assault and emotional abuse are still prevalent within our campus community.

“I think Wesleyan has an opportunity to figure out all these issues first, and I just hope that the writing that I’m doing on Patreon and with ‘LIFE RUINER’ can help give folks some language to talk about it,” Dawson said. “Even if it’s just texting your one night stand and saying like, ‘Hey this is really dehumanizing, I’d like to know you.’ Giving people permission and some framework for understanding what they’re going through.”

Ella Dawson’s writing can be read on her website, and “LIFE RUINER” can be accessed by subscribing to her Patreon.

Emma Smith can be reached at elsmith@wesleyan.edu and on Twitter @elsmith_8.