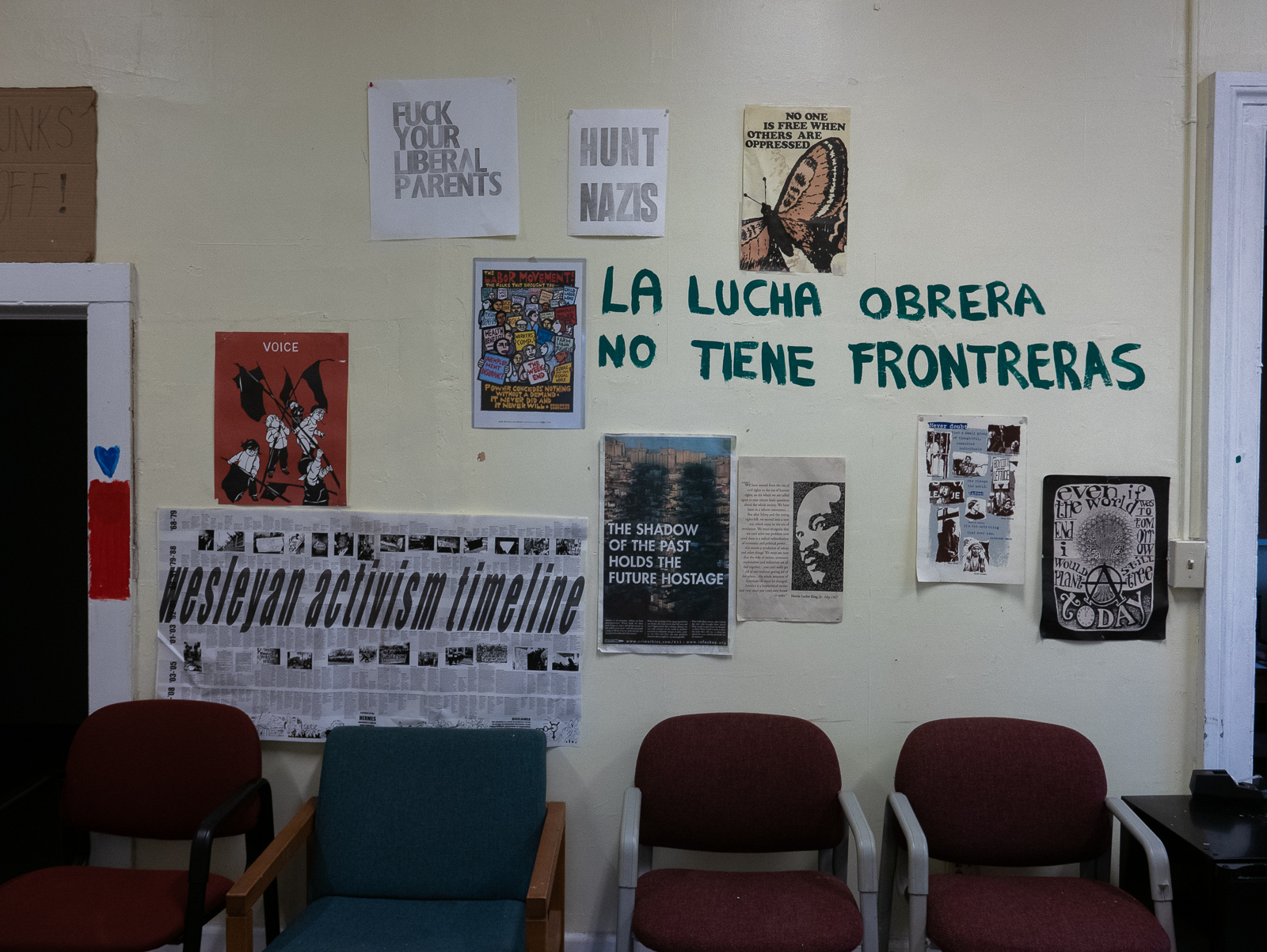 The UOC was established in 2003 due to student demand for a non-administrative controlled space for activism. The WSA—who owns the building—moved the UOC to its current location at 190 High St. in early 2012. The UOC is entirely student run and maintained, and houses student activism groups, student music groups, recording studios, and storage spaces.

“The space itself is really, really beautiful in just how much history there is,” Mullen said. “The walls are covered in relics from activists’ past, and it’s a really cool space to see that there is a vibrant community of people who are making change on this campus.”

But the under-maintenance of the space has been discouraging for student groups looking to utilize the UOC. Sound Co-op Financial Manager Cisco Vielma ’22 highlighted issues Sound Co-op faced in the UOC when their equipment was damaged after it was stored in a water closet outside of the UOC. 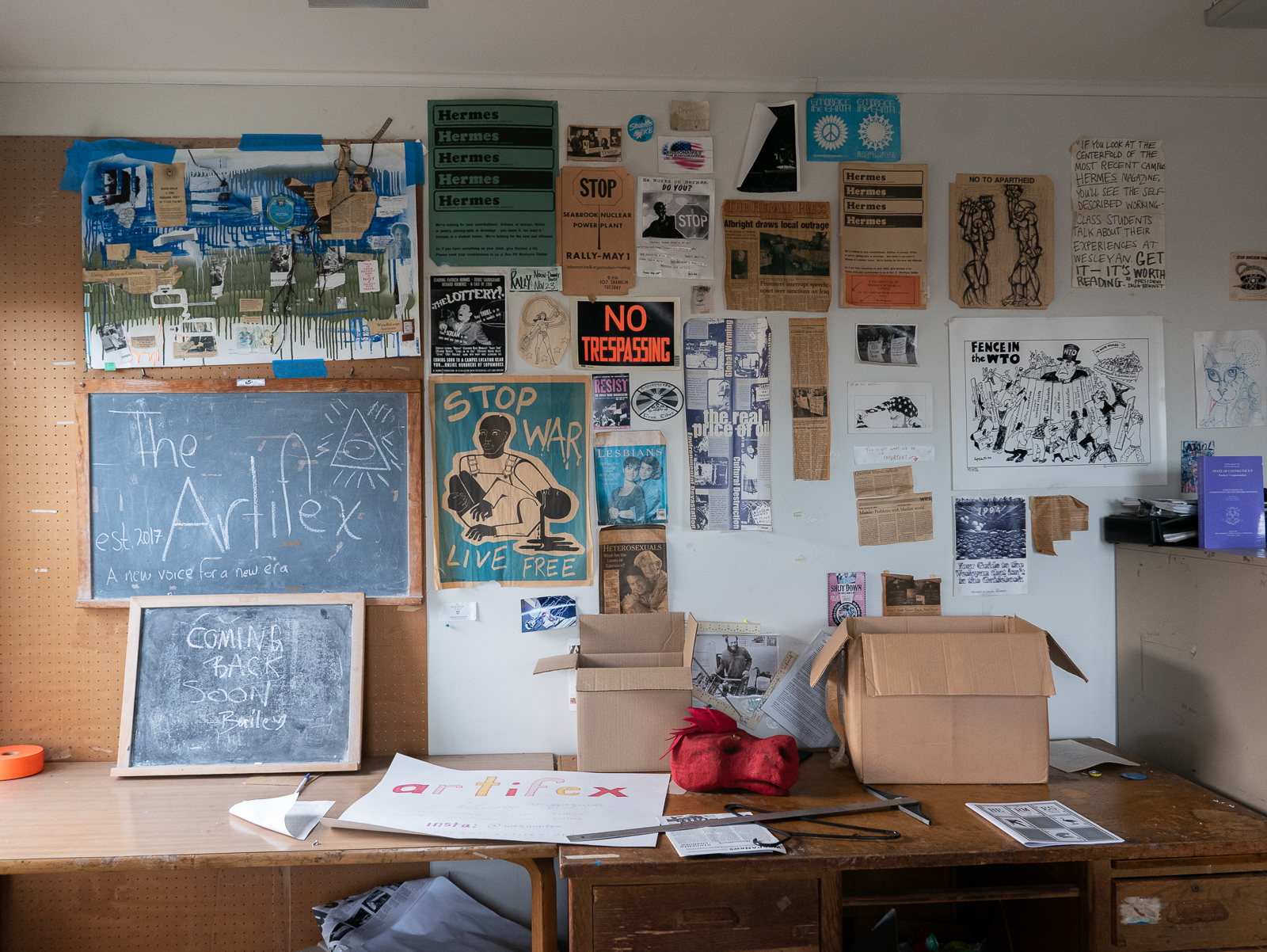 “In the beginning of the year, some of our sound equipment had gotten damaged from a water leak and it took about three to four weeks to get that water leak fixed,” Vielma said. “They had replaced something, and then they realized that there was another leak. So it took another two weeks to get that processed.”

McEvoy began exploring UOC renovations in part after hearing complaints about the UOC’s condition from students who use the space.

While the UOC had been falling into disrepair for years, Mullen credits McEvoy’s initiative in pushing revitalization past the initial planning stages this time.

“[The Resource Center] tried a couple times over the years to make something like this happen, but I really have to give a lot of credit to Emily [McEvoy] who, with the WSA authority, I think, really got it going,” Mullen said.

To acquire funding for renovations, McEvoy first put in a Major Maintenance request for the UOC, which was not funded. In order for large scale renovations—such as replacing floor tiles—to be done, a Major Maintenance request for these renovations needs to make the cut-off to be funded or a department must fund it, according to Fire Safety and Facilities Administration Manager Chris Cruz. Without this funding, the UOC will not be undergoing any major renovations this academic year. 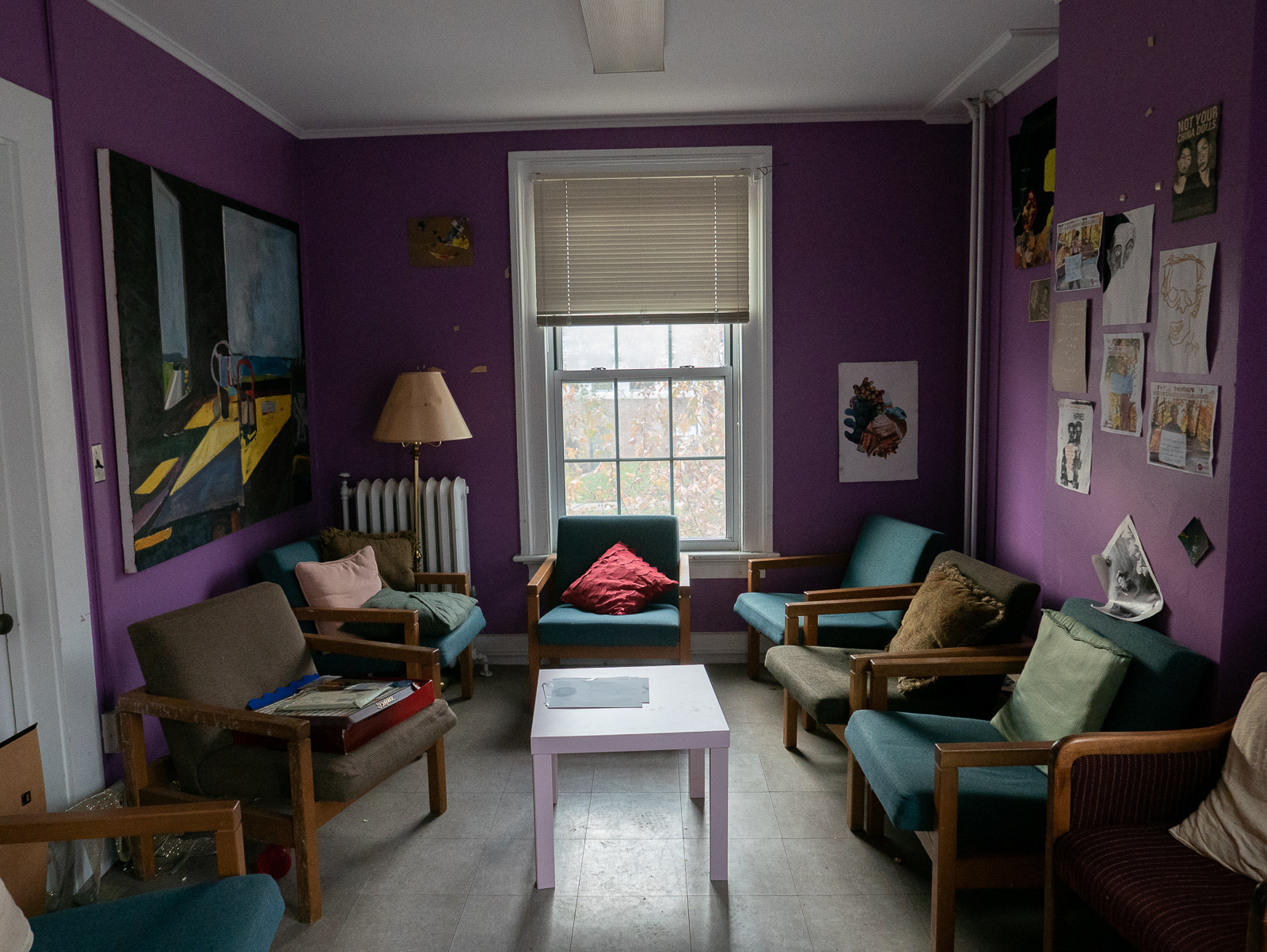 After seeing the funding request through the Major Maintenance committee, which allocates funding to maintenance requests each year, administrators requested a tour of the UOC. Following the tour, Cruz and Associate Director of Facilities Management Jeff Sweet helped students clean the UOC and make sure the building met fire safety codes.

McEvoy, Mullen, and Reid organized a communal clean up day of the UOC on Nov. 9. Students who use the UOC came together and cleaned the space, identified furniture to remove and replace, and saved copies of The Wesleyan Hermes—the now-defunct publication founded as an alternative to The Argus—and The Ankh to archive.

“I think it’s important that we also had the UOC clean up because the clean up, it felt very communal, which I think is beautiful,” Reid said. “I think that that space should be taken care of more because it does hold a lot of historical history, and I think that history says a lot about the present moment if you let it say what it needs to say. And so being in that space felt very monumental.”

The first revitalization to the UOC will be replacing old furniture, funded by the WSA Projects Fund. McEvoy will search for furniture utilizing these funds over winter break. In the future, she, Mullen, and Reid plan to form a UOC maintenance group to formally request funding from the WSA and other funding sources on campus.

Mullen and Reid hope that revitalizing the UOC will encourage more students to participate in activism on campus. In revitalizing the space, Mullen hopes that groups who use the space can connect and support one another.

“This initiative to revitalize the UOC is so important because it means that these groups with seemingly disparate missions are coming together in one place and talking about stuff themselves and garnering support for their own initiatives,” Mullen said.

Reid pointed to past student protests, such as the 2015 #IsThisWhy campaign that established the Resource Center and the Fisk Hall takeover in 1969 that created Malcolm X House and the Center for African American Studies, as examples of past activism that have no comparable movements in the present, while acknowledging how increases in administrative restrictions could stifle student protests.

“In my interactions and conversations with professors, it’s been brought to my attention that the activism climate on campus is dead in comparison to historical understandings,” Reid said. “And even if you look at what other, from my perspective, other Black students have done on this campus, like looking at what they did for Malcolm X House and what they did for the Resource Center and not just Black people, the community of color on campus, that’s wild. I don’t even think that a lot of the students of color on campus and even the white students as well could even fabricate something doing something like that now because we’re, I mean for lack of a better word, we’re basically policed…. Our activism is not loud in comparison to the type of restriction that we’re expected to follow. And the fact that we’re even deathly afraid of breaking that is interesting because the things that we’re fighting for usually are a lot more important than the breaking of authority.”

She hopes that revitalizing the UOC will encourage more students to fight for causes they believe in.

“I also just hope that it will attract more student groups and that in revitalizing the UOC space, people will be more excited to spend time there and maybe that will motivate people to then maybe want to participate in more activism-oriented goals,” Reid said.