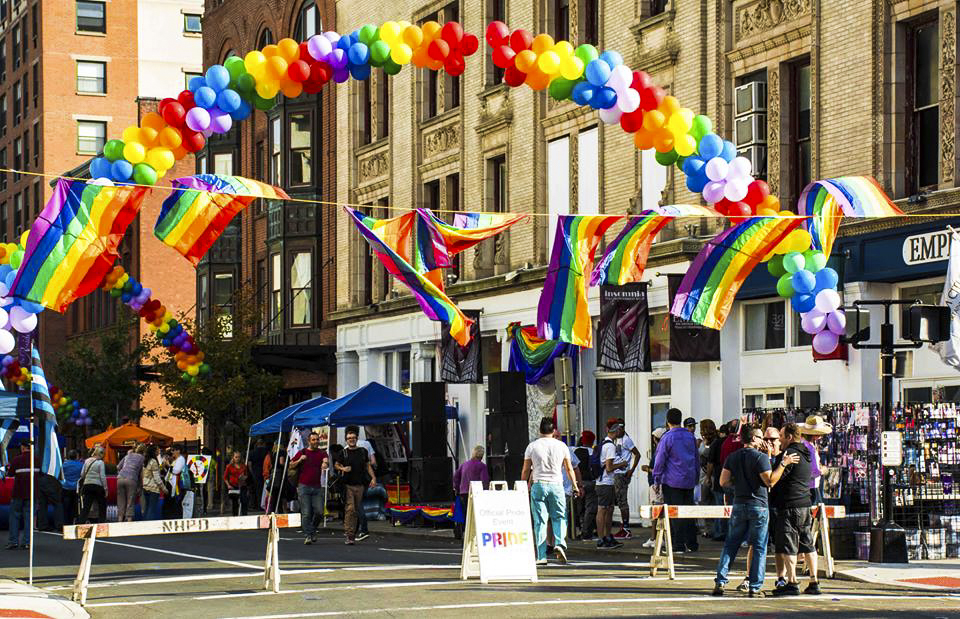 The 20th-annual New Haven Pride Week is now in full swing, running from Sept. 9 to 16. Hosted by the New Haven Pride Center, the week includes a series of free events and a few paid ones.

These festivities are a way to participate in and connect with the metropolitan LGBTQ+ community only half an hour away from campus.

According to its website, the New Haven Pride Center was founded in 1993 and recently switched from a volunteer-run nonprofit to a staffed organization in 2017. Patrick J. Dunn became the first paid Executive Director of the organization in June 2018.

“This year we are expanding the program of events to make sure that this will be the largest celebration yet,” he explained in an email press release. “The shared experience of Pride is the backbone of strength in our community, because we can come together to celebrate, [and] we can also come together to create change.”

Wednesday marked the beginning of Pride Weekend. Two live performances titled “Escapade: An Unusual Experience” were held at Lyric Hall in New Haven. According to the Lyric Hall website, the show is a uniquely LGBTQ+ performance of dance, music, and drag.

Thursday ramps up the excitement with a cookout from 7-10 p.m. at Partner’s Cafe. This is closely followed by the Mr. and Miss Gay New Haven Pageant at 10:30 p.m., hosted by New Haven-based drag queen Sylvia Heart. The winners will get to represent New Haven in Pride events for the year to come.

The biggest event of the weekend is the Pride March on Saturday, beginning at 3:00 p.m. from the New Haven Pride Center and continuing to Center Street for a Pride block party. This will include food vendors, information tents, shopping booths, live performances, and a DJ set. An 18+ Pride after party will begin at 10 p.m. at Gotham City Cafe.

Sunday wraps up with an LGBTQ+ history walking tour leaving the New Haven Pride Center at 11 a.m., which includes 10 stops in downtown New Haven significant to the gay community. Then two brunch options are offered at 12 p.m.: The Pride Comedy Brunch at Barracuda Bistro & Bar and the Pride Drag Brunch at 116 Crown. The final event of the action-packed week is the Pride Tea Dance from 4-8 p.m. at 168 York Street Cafe.

What does Pride mean to the Wesleyan queer community? The Argus interviewed a number of students on their thoughts about Pride events.

Keith Jones ’22 wasn’t aware Pride Week was taking place in New Haven. Most American Pride events, such as LA and NYC Pride, take place in June, which is officially LGBTQ+ Pride Month. Nevertheless, Jones expressed excitement about the events and emphasized the importance of Pride.

“Since homosexuals have been widely marginalized for a very long time it is wildly important that we reclaim power from a society that oppresses us,” he wrote in an email to The Argus. “Although we have gotten better, there is still room to grow and Pride allows us all to openly express our identities in, hopefully, a moving way.”

Many members of the LGBTQ+ community, however, do not consider corporate sponsorship and dance parties revolutionary or even entirely inclusive. Some Pride events are limited by their tendency to mold the queer community into conventions normalized by cisgender, heterosexual, white Americans. For example, sometimes Pride’s corporate events are not inclusive to the intersectional identities of transgender/nonbinary people, queer people of color, and housing-insecure LGBTQ+ people.

“I would say a lot of queer people on campus are distrustful of pride parades as a whole because we distrust how invasive capitalism and homonationalism can be at these events that are supposedly for queer communities,” they wrote in a message to The Argus. “I would love if Pride had a clothing swap for people transitioning out of their assigned gender, including a free and reduced price binder sale/swap for trans guys who don’t have the resources to buy binders. Or if Pride would include like actual community service, meals for homeless and housing-insecure queer youth who might not have a place to stay, workshops for self-care but also for community building and communication, workshops for how to achieve your aesthetic queer vision, information panels about gender confirmation surgeries, resources for those experiencing intimate partner violence.”

As Cruz aptly pointed out, the first Pride was a riot.

“A riot that was against the corporate police state and was carried through by the will and solidarity of the people,” they wrote.