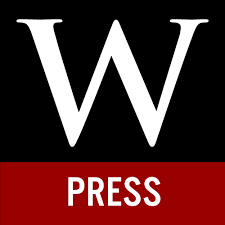 The Wesleyan University Press has updated its ethics policy and contract language.

This decision comes in the weeks after poet Joseph Massey withdrew his poetry collection from publication at the Press. Massey pulled his book on March 16 in response to allegations of sexual abuse surfacing online, which were brought to the attention of the Press earlier this year.

“Wesleyan University Press recently expanded the scope of our Ethics Policy (adding the first two paragraphs), which had not been updated in years, and added similar language to our standard contracts,” wrote Press Director Suzanna Tamminen in an email to The Argus.

The updated Ethics Policy contains explicit language that outlines the Press’ ability to choose which authors it works with, and its right to discontinue its professional relationship with writers under contract based on internal review.

“The Press is committed to the highest standards of quality and integrity in the review, publication and promotion of its books,” reads the newest section. “All Wesleyan University Press employees, board members, peer reviewers, editors and authors are expected to conduct themselves with the highest standards of honesty, fairness, and personal integrity, with adherence to all applicable laws and avoidance of impropriety or conflict of interest. Wesleyan University Press reserves the right to curtail or terminate its relationship with any party whose behavior, in the sole determination of the Press, fails to meet its standards.”