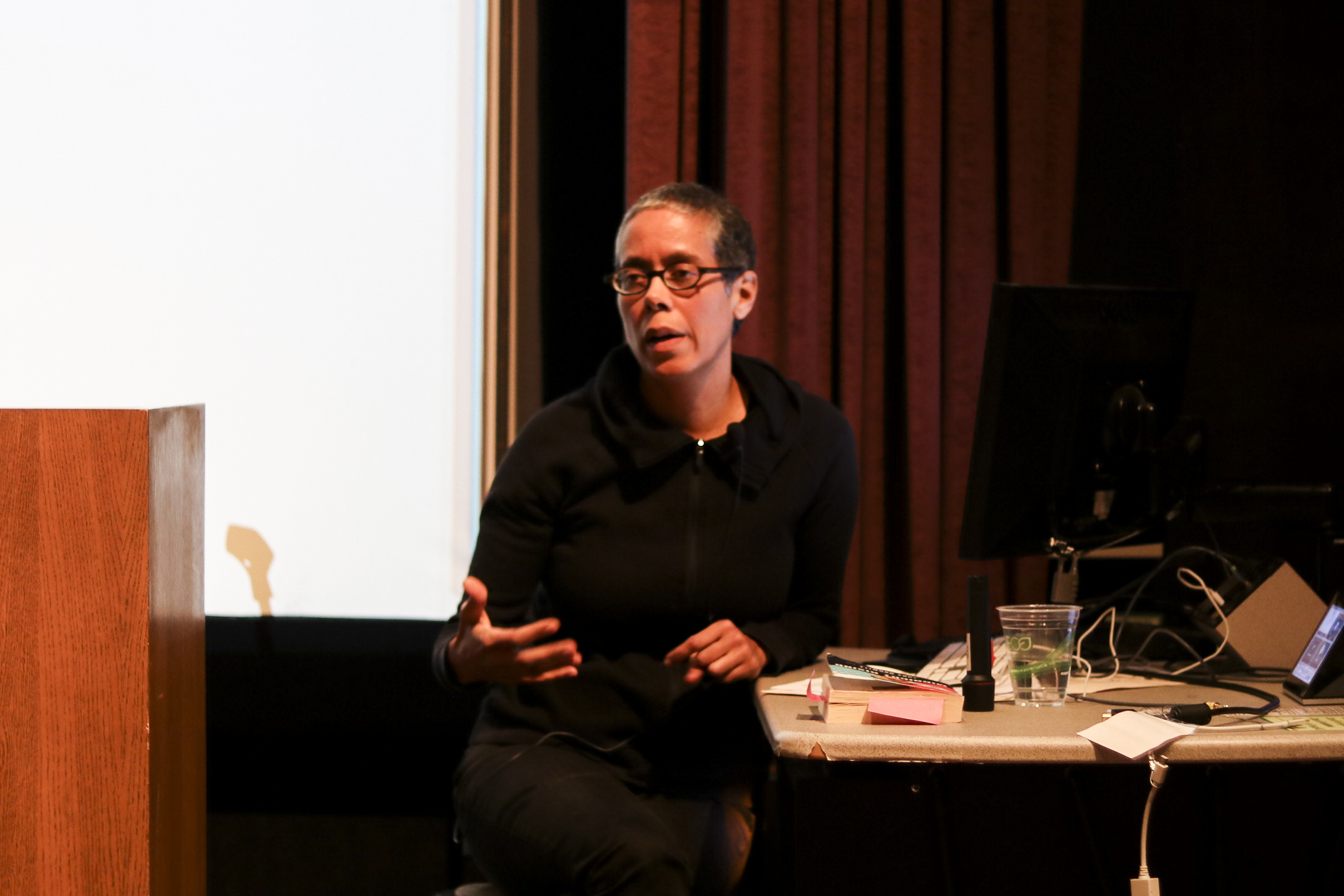 “My work is not didactic, but I kind of am.”

Laylah Ali, a featured artist in the Zilkha Gallery’s “Black Pulp!” exhibit, began her talk in the Ring Family Performing Arts Hall by completely bypassing her body of work. She advised curious audience members to look up her paintings on the Internet if they were so inclined, because she would not discuss them here. Instead, the Williams College art professor introduced her newest project: a video compilation of friends and acquaintances singing the “John Brown Song,” a popular post-Civil War anthem about the famed abolitionist. The first verse goes like this:

But his soul goes marching on.”

For many, the song may be familiar, but not entirely relevant to their daily lives. Ali sought to reconcile its historical context with several modern interpretations. For her participants, the instructions were simple: film a video of you singing either “John Brown’s Body” or “Battle Hymn of the Republic,” a later version. Some individuals chose to add musical accompaniment, while others sang acapella. Some had more singing experience than others. Each interpretation had its own stamp of individuality, even if the melodies were the same. One of Ali’s colleagues, a fellow professor at Williams, sang the song in her family kitchen, with her young children begging her to stop in the background. 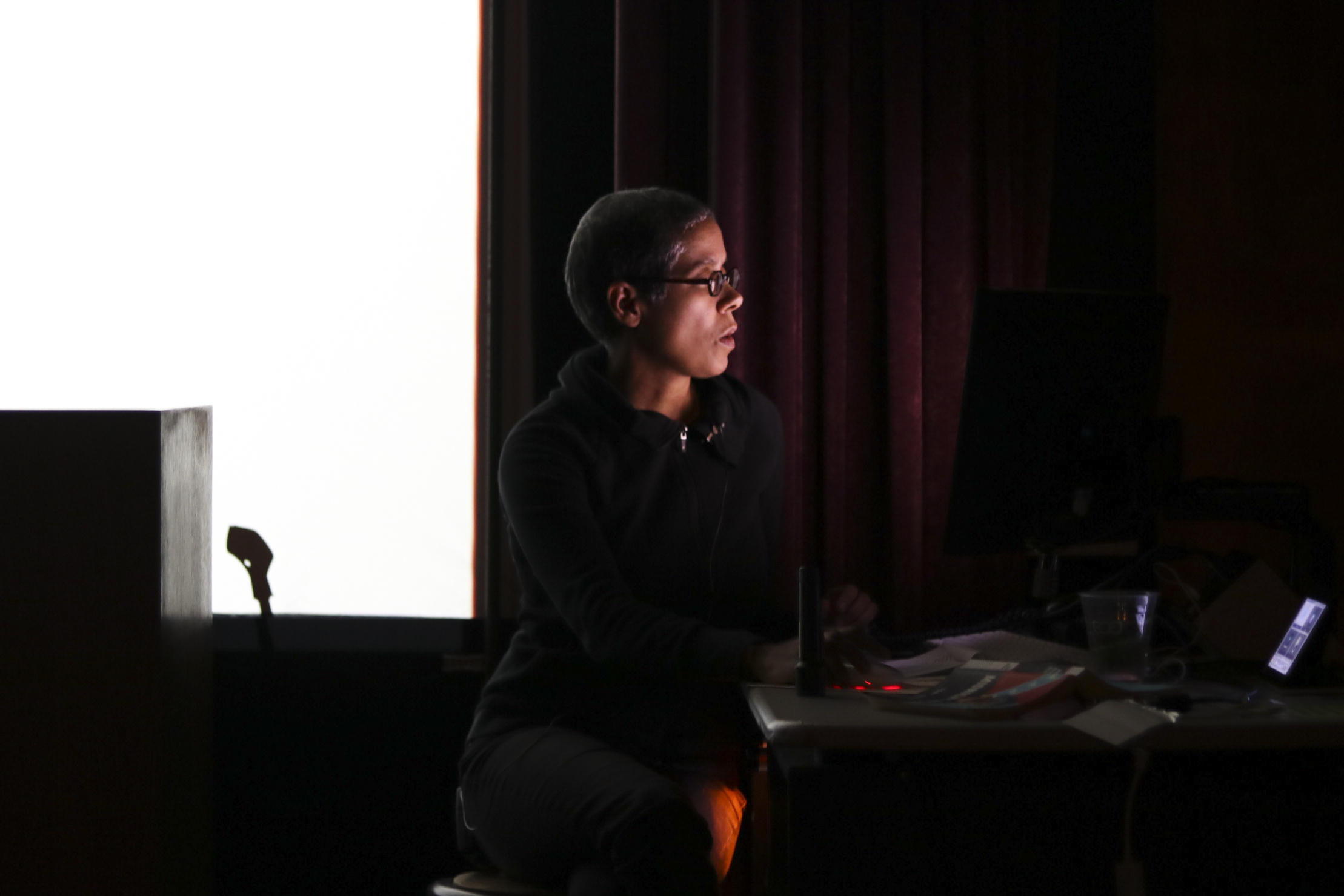 The participants varied in their relationships to Ali, but a notable majority of the singers outside of Ali’s own family were white. John Brown lies at the intersection of both black and white historical roots, famed for his interracial militia of 19 men that was largely responsible for so-called “Bleeding Kansas,” the series of violent political clashes that brought about the onset of the Civil War. Upon hearing the song, I immediately recognized it, but not for the lyrics being sung on screen. Later on in the presentation, it dawned on me, growing up in Texas, I joined the Girl Scouts for a scant three years. One of our camp songs was to the tune of “John Brown’s Body”, except it had to be rewritten to celebrate the joys of sleeping in the nude.

“I wear my silk pajamas in the summer when it’s hot,

I wear my flannel nighties in the winter when it’s not,

I slip between the covers wearin’ nothin’ on at all.”

The verses aren’t exactly the same, but the first few lines and the chorus are almost identical. It will come as a surprise to absolutely no one that as a Texan, I had only heard a parody of a song celebrating an abolitionist, and never the original version. I wondered how different Ali’s project would look if she had included this version as an option for her subjects to sing. Her own video of the song took place at what looked to be her own office, her face leaned in close to what could be an iPhone camera. She whisper-sings the lyrics with a contained fervor. While Ali is by no means a singer, she seems to capture the song’s intended glory with winking whimsy.

On her project’s website, Ali includes multiple visual and aural aids in addition to the singers’ videos. Visitors to the site can listen to Whitney Houston’s cover of “Battle Hymn” and learn more about the history of John Brown. Ali concluded her talk by playing a YouTube rap by a middle school teacher in Wisconsin, which is listed as one of the “endnotes” on her project’s site, along with other visual relics related to the song and its story, including a 1965 speech by James Baldwin and clips of Johnny Cash and Whitney Houston singing “Battle Hymn of the Republic.” She noted, upon receiving feedback from her project, that there was a slight generational gap in how people navigated the site. Younger visitors would skip around, skimming certain videos and getting a brief overview. Older patrons sat through every video, clicked on every link. Ali was stunned.

“I didn’t even watch everything,” she quipped.

The project represents a stark departure from Ali’s previous works, which center mostly on painting and other visual art. Her pieces in Zilkha derive primarily from her compulsive diaristic habits: they are quick, pencil-and-crayon sketches of daily life. In her other works, she takes on an almost cartoon-like graphic quality, similar to comic books. As Ali mentioned at the beginning of her presentation, her work rarely aims to teach—instead, it chooses to show.

What does John Brown’s Song mean today? To the cynic’s ear, it may be a premature self-congratulation for white allyship. To others, it may hearken back to a lost sense of duty, a wake-up call for white Americans who have fallen into complacency now that the war has been won. Is Brown’s soul truly marching on? Is it our job to keep it going? Ali is not giving any answers, but she has all the questions lined up.