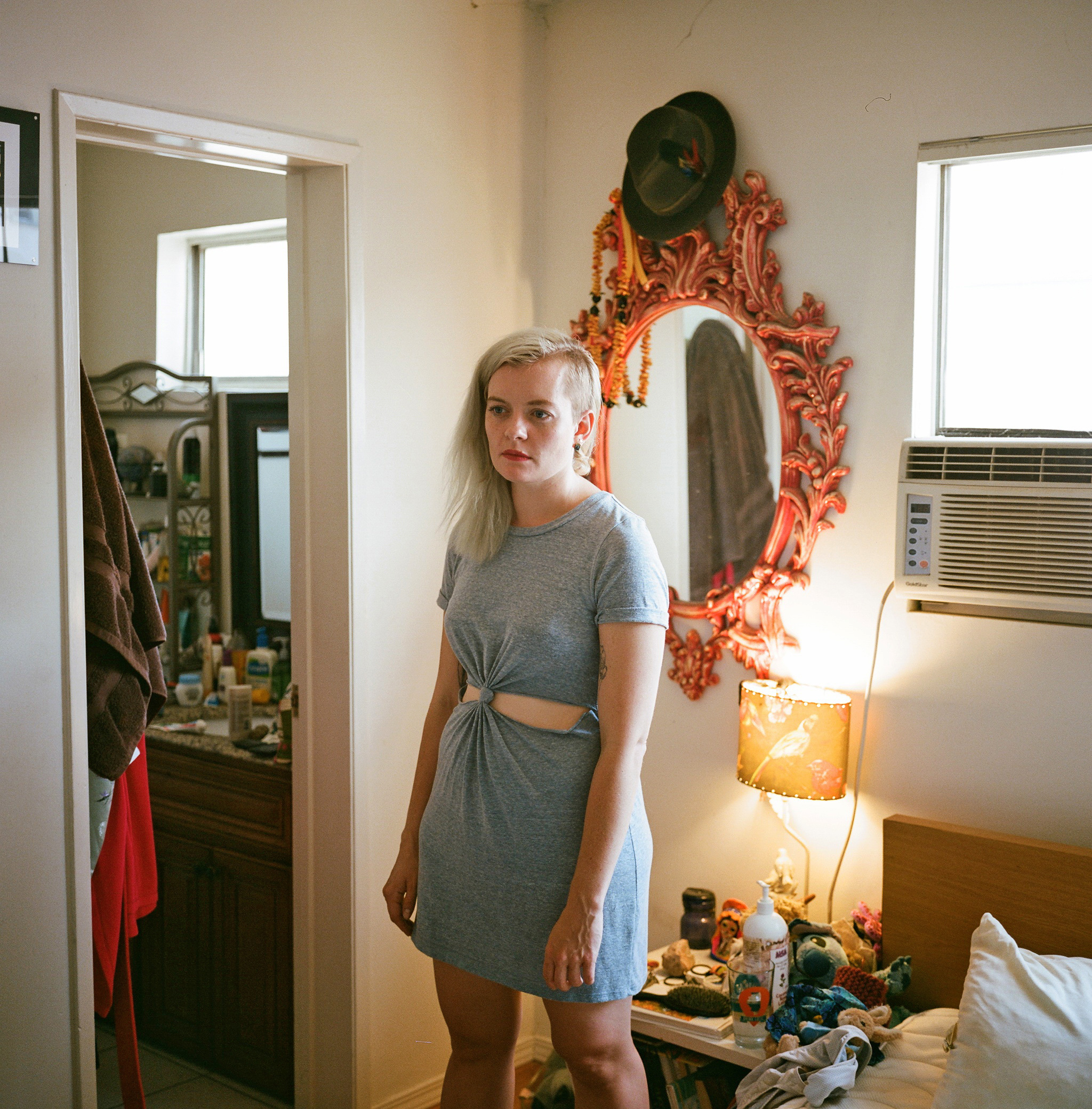 Visiting Professor of Creative Writing in English Lisa Locascio has a problem: she reads too many books. Born in Chicago, Locascio holds a Ph.D. in Creative Writing and Literature and an MA in English Literature from the University of Southern California, as well as a MFA and BA from New York University. Locascio was the first Anglophone writer to be granted an interview with Roberto Bolaño’s widow Carolina López. Her work has been nominated for a Pushcart Prize, translated into Italian, and anthologized. Locascio has also received many honors, including the 2011 John Steinbeck Award for Fiction, the 2014 Robbins Memorial Emerging Writer Award from Sou’wester, and a 2014 Dorys Grover Award from the Western Literature Association. The Argus sat down with her to talk books, graphic novels, and Kung Fu.

The Argus: So, what’s on your bookshelf? What have you been reading lately?

Lisa Locascio: Right now, I’m reading “You Too Can Have a Body Like Mine” by Alexandra Kleeman, “H is for Hawk” by Helen Macdonald, [and] “American Child Bride”, the author escapes me, but it’s an academic study on child marriage in the United States. What else? “Ancillary Justice” by Ann Lecke, and a collection of poetry called “Heart and Soul” by Sharon Doubiago.

A: Are you reading anything for your academic life? Or is that all leisure?

LL: As a creative writing professor, I think everything I read is for my academic life. The last book that I finished was Margo Jefferson’s “Negroland,” and she just read at Russell House. I was actually not previously familiar with her work, and I am kind of ashamed of that because I find her work really incredible and it was a really big pleasure to read that book. I do think I may end up teaching that book.

I’m teaching a class in the graduate liberal studies program next spring called “The Art of Memoir.” My problem—and also my gift—is that I’m constantly reading too many books that I don’t finish. So, I also have “Exit West” by Mohsin Hamid that I’m looking forward to starting reading soon. And a thousand other novels.

A: Do you teach undergraduate creative writing classes?

A: I tried really hard to get into“Techniques of Non-fiction.”

LL: Really? Well, try again! Yeah, this was my first year at Wesleyan. I was amazed at how many students wanted to be in the techniques classes. The first day I had fifty students show up to techniques of fiction class. It’s great! It’s an honor. Next spring, in addition to my first graduate class, I’m also teaching a first-year seminar on the graphic novel.

A: “Persepolis?” Or is that too mainstream?

LL: That’s a funny question because when I taught graphic novels before, I assumed that people were in it for independent graphic novels like “Persepolis.” So, I started with”The Watchman,” which I think is pretty mainstream—it’s also like thirty years old—and all my students, it turned out, were in my class because they wanted to read Marvel Comics for the first time. I think they were really disappointed with the arty comics I had them reading. That was a really interesting perspective.

A: Sounds like that was pretty good for them!

LL: Yeah, I mean I teach “Swamp Thing,” I teach “Sandman,” I teach Daniel Clowes, and Adrian Tombine comics. So, I think it’s a good mix but there aren’t very many straightforward superhero comics on the syllabus.

A: What led you to teach at Wesleyan?

LL: Oh, well I mean, I don’t know how much you know about the life of an academic, but it’s right about up there with getting into being a priest of some sort of obscure religion in terms of how much control it gives you over the direction of your life. I’m very honored and lucky to have been able to come to Wesleyan. I got my PhD last year at the University of Southern California. At that time, I’d been on the academic job market for three years and I was one of two finalists for jobs in a variety of places I could’ve never imagined living, as indeed I couldn’t have imagined living in Middletown.

Not because any of these places were bad, but because it’s weird! You kind of dream out a whole life in this place where it looks like you’re going to get a job and then you don’t get the job, and it’s just back to the drawing board. I think that I was hired because teaching is something I take really seriously and it’s a cornerstone of my artistic practice as a writer. I know some academics kind of have an attitude about teaching that it’s like, this thing you have to do that you’d rather not and that’s pretty upsetting to me because I don’t see why you would get into the business of educating people if that’s how you felt.

I think Wesleyan is a very teaching-focused institution and I’m honored that they invited me to join the faculty here. Wesleyan also reminds me of my undergraduate institution, although it was nothing like Wesleyan in terms of setting. I went to a school at NYU called the Gallatin School of Individualized Study. I think Wesleyan has a lot in common with that environment. The draw of Gallatin is that it is kind of like a liberal arts college within NYU, and being at Wes—I mean, I never wanted to go to a small liberal arts college—but now I really see the allure. It makes sense to me. Of course, I’m no longer looking for a college to go to.

A: Are you writing anything right now?

LL: I’m in the revision process for my first novel, which will be published next year by Grove Atlantic, it’s called Jutland Gothic. It’s the story of an 18-year-old American girl’s unexpected summer in rural Northern Denmark. She’s supposed to go to Paris to a study abroad program with her best friend after her high school graduation. She ends up getting bounced for somewhat mysterious reasons, to the company’s Danish version of the same trip, alone. She decides that she really doesn’t want to do it, so she runs away with her older camp counselor to this apartment up in the North country. When he stops wanting to have sex, she becomes obsessed with this mysterious local hermit… I’ve also been working on a selection of short pieces that sort of straddle or blur the lines between fiction, poetry, and creative non-fiction that I’m going to publish as a deck of cards and that’s called “Transmigration Spellwork.”

A: What do you do outside the classroom for fun?

LL: I read, I write, I’m a very poor student of kung fu at the Tat Wong Kung Fu Academy on Washington St., I go to a lot of yoga classes. I live in Middletown alone; I didn’t know how many professors were commuters. I live right across the street from campus so much of my life is here. But I did recently bring my 18-year-old cat back from my parents’ house to live with me, and she and I have a very weird domestic life together.

I’m still kind of finding my groove in Connecticut. I have a joke that I tell all my classes—and it’s a joke, but also true—which is that moving here from California, I loved being outdoors and there were all sorts of hikes I would go on. There have been many occasions where I have attempted to go on a hike in Connecticut and have researched it and gotten there, and been like no, this isn’t a hike. I don’t know what this is, but it isn’t a hike.