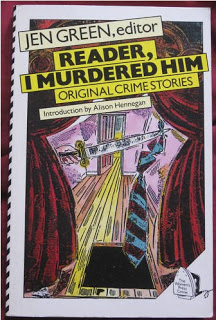 When asked to name a conventionally feminine story, what’s the first thing that comes to mind? It could be a bubbly high school comedy like “Mean Girls” or “Clueless.” Perhaps it’s an old fashioned romance like “Wuthering Heights” or “Pride and Prejudice.” Or maybe it’s a classic fairytale like “Cinderella” or “Sleeping Beauty.” Whatever your answer, you probably don’t think of stories about serial killers or zombies, and for good reason. There’s a certain kind of pulpy, gratuitous violence to these genres that has always been associated with men, and men alone. Yet in recent years, a new kind of narrative has risen in popularity, one that combines stereotypically feminine genres with a stereotypically masculine level of violence, and intriguingly subverting both in the process.

High school movies—full of star-crossed romance, vicious cliques, and adolescent angst—are ripe for parody, and Michael Lehmann’s 1988 masterpiece “Heathers” is one of the earliest and best examples of this. Starring Winona Ryder and Christian Slater as a misanthropic couple who get back at their school’s cruel popular girls and ignorant jocks by murdering them, “Heathers” uses graphic violence to skewer the tyranny of high school social dynamics. Cult classic “Jawbreaker,” another movie about mean girls getting murdered, is marginally less cynical but every bit as grisly as “Heathers.”

This phenomenon isn’t limited to movies: Cecily von Ziegesar, author of the “Gossip Girl” books, once joined in on the fun by writing a surprisingly entertaining slasher parody of her own work. In this book, which bears the admirably succinct title of “Gossip Girl, Psycho Killer,” Upper East Side queen bees and longtime frenemies Blair Waldorf and Serena Van Der Woodsen embark on competing murder sprees, starting with their shared love interest Nate Archibald. Even modern classic “Mean Girls,” which on the whole is a feel-good movie that fulfills all the expectations of the high school rom com genre, toys with this idea. Protagonist Cady Heron’s daydreams, which compare the behavior of high school students to that of wild animals, hint at the savagery and competitiveness of teenagers. All of these works use extreme violence to satirize the cutthroat adolescent social hierarchy, suggesting that teen girls are so ruthless that they might as well be actual murderers.

A fairly recent trend in fiction also picks up on this incongruous blend: combining already existing classic novels with violent, often supernatural elements, resulting in a genre often referred to as the mashup novel. Seth Grahame-Smith’s “Pride and Prejudice and Zombies,” which adds the looming threat of a zombie apocalypse to Jane Austen’s tale of love and social niceties in 19th-century England, is probably the most famous of these novels, but there are plenty more. “Android Karenina,” a retelling of “Anna Karenina” by Ben H. Winters, is set in a dystopian world of robot revolutionaries, alien cults, and intergalactic battles. And competing with “Android Karenina” for the dubious honor of having the most ridiculous title is Sherri Browning Erwin’s “Jane Slayre,” which adapts its source material by making Jane a demon slayer, and Bertha Mason a literal werewolf. As campy and absurd as these novels are, they represent an interesting shift in ideas about what women can and cannot do. In the 18th and 19th centuries, women were limited by strict and extensive social expectations. Authors like Jane Austen and the Brontë sisters may have subtly critiqued these expectations, but the 21st-century versions of their characters blatantly ignore them, slaying vampires and zombies in a decidedly unladylike fashion.

Yet another increasingly popular trend in fiction is that of adapting and expanding on famous fairytales, adding modern influences and, of course, plenty of bloodshed. This is particularly common in young adult fiction, which features adaptations of all the famous fairytales: Cinderella (“Cinder” by Marissa Meyer, “Gilded Ashes” by Rosamund Hodge), Beauty and the Beast (“Bone Gap” by Laura Ruby, “A Court of Thorns and Roses” by Sarah J. Maas), and many more.

Fairytales are notable in this context because, unlike the previously mentioned genres, most classic fairytales are actually extremely violent. However, this violence is usually inflicted on helpless women, forcing them to wait patiently to be saved by a heroic prince. The best fairytale adaptations give women an active role in their own stories, allowing them to fight back against evil witches and oppressive kings. This kind of feminist fairytale is exemplified by the titular story in Angela Carter’s anthology, “The Bloody Chamber.” In this story (a retelling of the fairytale “Bluebeard”), the protagonist is the young bride of a mysterious older man. Upon discovering her husband’s secret—a literal bloody chamber filled with the bodies of his past wives—the girl is nearly murdered, but is saved in the nick of time by her mother, who kills the husband and frees her daughter. Unlike the original “Bluebeard,” in which the protagonist is saved by men, “The Bloody Chamber” makes a woman the rescuer, emphasizing the fierce power of maternal love. Stories like these place the weapons in the hands of women, thus giving them their own agency.

By no means am I claiming that all of the works I mentioned are of high artistic quality (hell will freeze over before I defend the literary merits of “Jane Slayre”). A few of them are genuinely insightful, but many are objectively ridiculous. Nonetheless, I can’t help but feel a kind of perverse satisfaction at watching female protagonists shoot, stab, and drop kick their way through these stories when the conventions of the genre demand that they be docile and passive. Male characters in fiction and film get to be excessively violent in so many genres (Westerns! Science fiction! Shakespearean plays!), while female characters are too often relegated to mere victims. It’s high time women got to spill some blood.