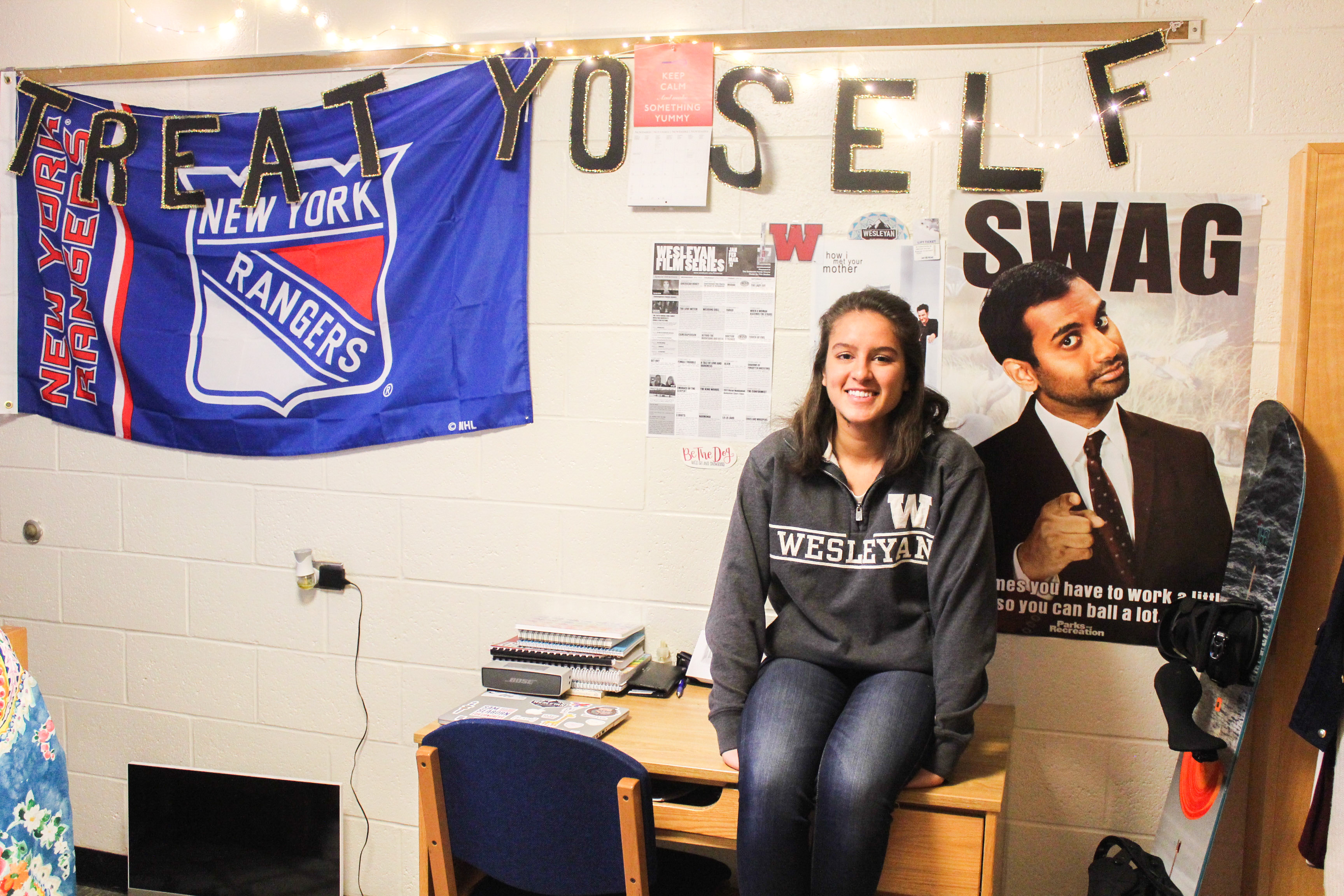 This profile is part of an ongoing Argus series on Muslims, refugees, and other students on campus who may be negatively affected by the Trump Administration. To suggest a student, email Features Editor Saam Niami Jalinous at sjalinous@wesleyan.edu.

Saadia Naeem ‘20 likes to spend her free time on the golf course, snowboarding, or just hanging out with her friends. She’s interested in majoring in Government, and is on the Pre-Med track, aspiring to one day become a doctor like both of her parents. Saadia takes her studies seriously, interested in using her education as a tool to help others. She was born and raised just outside of New York City, in Westchester. As a Muslim growing up there, she stresses from firsthand experience that people with different religions can get along with each other. Her parents are Pakistani immigrants.

“My parents moved to America in the early 90s,” she said. “My dad came from a pretty low-income family. He was one of seven kids. He was also the oldest son, so he kind of had the responsibility of getting out of Pakistan, making money for the family.”

While her father was one of the oldest among seven siblings, her mother was the youngest of seven. None of her mother’s siblings received an education, but she was determined to attend medical school.

Saadia’s parents have been a great inspiration to her.

“I’ve had a great example from them, which is why I often feel that I can’t just waste the opportunities that I’m given,” she said. “My dad worked from literally being nothing to being the successful man that he is today, and I don’t think I can honor that if I don’t work hard myself.”

Saadia is the oldest in her family, with a younger sister in seventh grade and a younger brother in fourth grade.

Saadia has concerns about the effects of social media on her siblings.

“I sometimes worry about my brother and sister because social media is a completely different thing in their lives than it was when I was their age,” she said. “I didn’t get an Instagram until I was in 9th grade, didn’t actually use it until 10th grade. It wasn’t as present in my life. I know kids who did have them younger, in our years. But now everything’s been shifted like five years back. It’s just completely different now.”

Saadia has tried to introduce politics to her siblings in an open way.

“I was just talking to my brother over break and I was shocked,” she said. “We definitely hadn’t had this conversation before I left for school. We were talking about climate change and he was asking me all these questions about what happens in the House and in the Senate. Like, are there going to be laws around climate change? I was explaining to him what a filibuster is.”

Donald Trump’s presidency has been a major point of concern for Saadia. At first, her parents were optimistic about a potential Trump run.

“That was before he even said anything. Initially, when the idea of him possibly running was even starting to be conceived, my parents were very hopeful about it,” she said. “The second he started with his rhetoric, it was just so hard for my family. You couldn’t justify it; you cannot justify what he was saying.”

She recalled an emotional conversation she had with her mother after the election.

Saadia cares deeply about finding the best ways to combat the actions of the new administration.

Saadia recounted a discussion she had with her high school history teacher when Trump first suggested a Muslim ban.

“I remember being in his office with a couple of my friends and we were talking about Trump, and I just broke down,” she said. “I don’t react to political things by breaking down ever. It hit me. The person that Trump is trying to ban from this country, it’s me, it’s my dad, it’s my mom, it’s my uncle. All these people. The way that it hit me that day, I just completely broke down in his office.”

Saadia has participated in a refugee advocacy training program on the University’s campus, where she saw the incredible outpour of support for Muslims. Her faith in people goes back to the accepting community she grew up in.

“Being religious was not looked upon as being weird in my town,” she said.

“Immediately after what happened in Quebec, like a week or so ago, I noticed my dad, he got more worried about protection at [our] mosque,” she said. ”So he was like, ‘We need to ramp up [protection] … because we can’t just have this entire, lower Westchester community be vulnerable.’”

Saadia is interested in making connections with people who share different political and religious values, believing open discourse is the best solution. She takes inspiration from her mosque’s approach.

“They’ve been reaching out to the neighbors,” she said. “Just extending an olive branch in a way and being like, ‘Look, we’re here to stay, so let’s get to know each other’… I have faith that even people who are completely set in their views, that they can have a conversation,” she said. “I have to have that faith in people because if I don’t, where am I going to be? Mentally, I can’t even think about the opposite.”