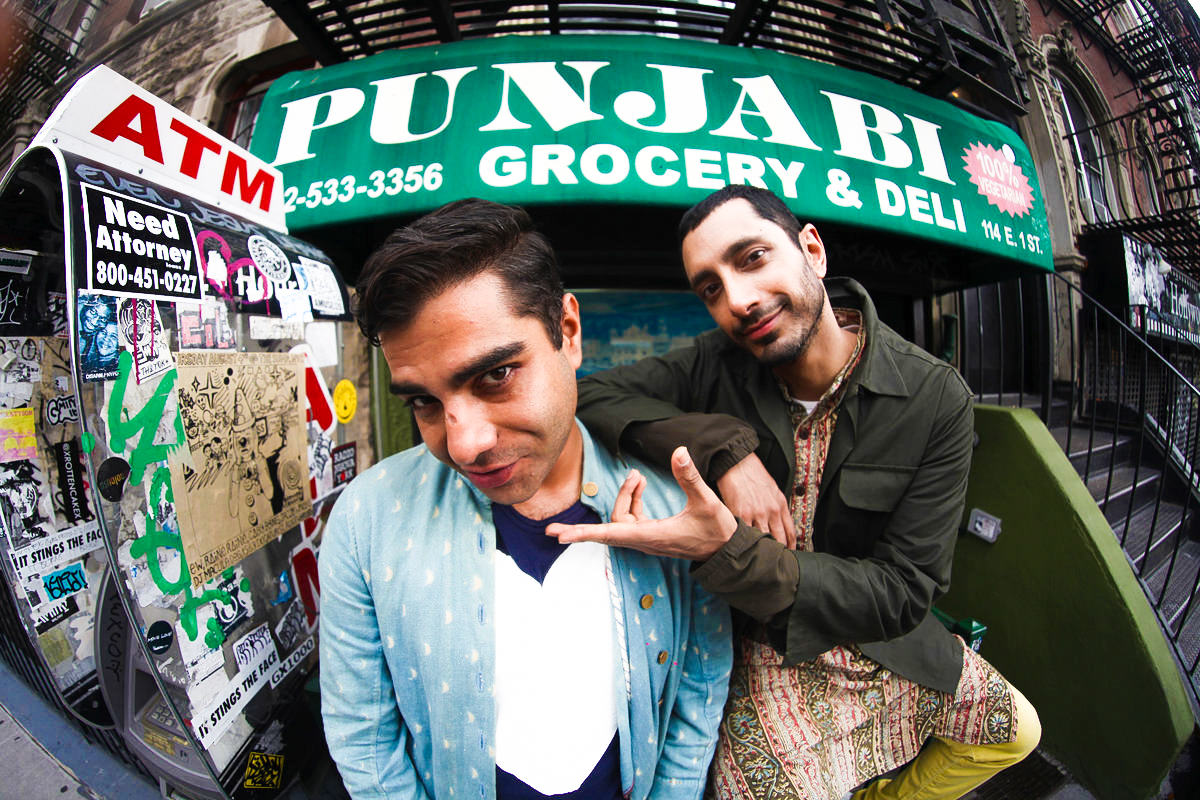 Post-9/11, it doesn’t take a sociologist to convey a basic understanding of the discrimination facing people of South Asian and Middle Eastern descent, but it may take a rap duo like Swet Shop Boys to encapsulate and deconstruct the totality of the xenophobia and Islamophobia that festers beneath the post-racial fantasy of contemporary society.

Swet Shop Boys’ debut album, Cashmere, effortlessly achieves that lofty goal of critiquing the post-9/11 era while thriving as an enjoyable work of art. The album’s success arises from its engagement with contemporary cultural issues and identity politics.

Accompanied by prolific producer Redinho, Swet Shop Boys features the complimentary talents of Riz MC (aka Riz Ahmed) known most recently for his starring role in HBO’s “The Night Of,” and Heems (Himanshu Suri ’07), formerly of Das Racist!, another rap duo which formed on campus when Suri and Victor Vasquez ’07 began performing together.

Almost all of the coverage of Swet Shop Boys considers their music “as protest,” a label coined by Alexis Okeowo of The New Yorker in a “Talk of the Town” piece back in late August. Yet Cashmere is far more than just that. Ahmed’s Pakistani origins as a British rapper and Suri’s Indian roots as an American rapper cross a border of cultural tension that makes their work all the more powerful, especially given divisions within their own immigrant identities when tracing back to Pakistan and India, respectively. This cultural unity is tackled at several points in the album, such as in “No Fly List,” which ends with a recording of Malala Yousafzai’s Nobel Peace Prize speech from 2014.

The strongest element of the album is the space between Riz MC and Heems, where they not only compliment each other, but somehow manage to seamlessly cycle through different roles in each song. In tracks like the opener, “T5,” Heems and Riz MC share the mic just about equally, with each imparting his own style in verses before taking on more or less the same cadence in the hook. “T5” refers to Terminal 5 in London’s Heathrow Airport, the largest freestanding structure in the United Kingdom where almost all international flights arrive and depart. It’s no oversight that the gateway to the experience Heems and Riz seek to convey in Cashmere is being profiled in airport security.

The song opens with ominous synth similar to an adhan—the call for morning prayer in Islam that is often crudely imitated in American TV and film when Middle Eastern cities are introduced—and the first words spoken are not by Heems or Riz, but rather by a British security agent asking for a “random search.” Heems then responds with a rather fast verse for his base cadence, immediately addressing stereotypes and political problems.

“Inshallah, mashallah / hopefully no martial law / Hai Allah, yo yallah / Let’s rock a show in Ramallah,” Heems raps, addressing a Palestinian city in the West Bank that would be nearly impossible to perform in because of Israeli checkpoints. 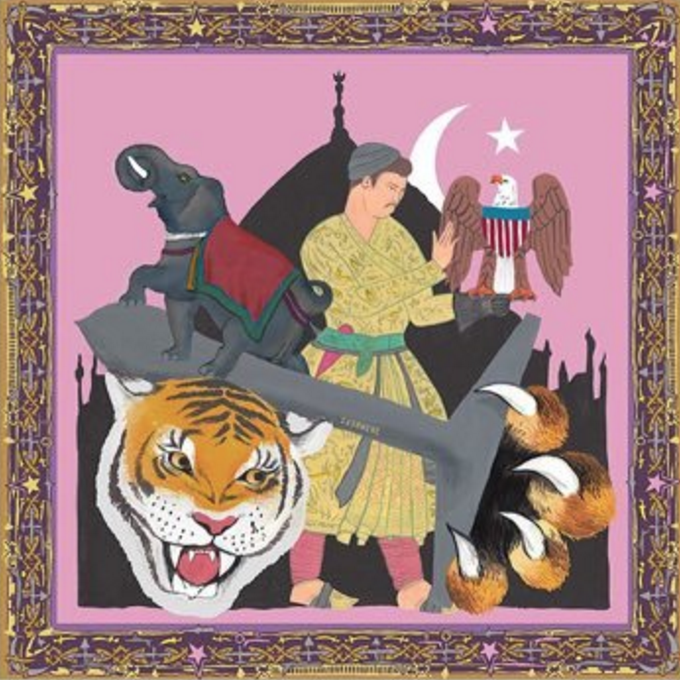 The hook of “T5” has one of Cashmere’s strongest lines, which is high praise considering the consistent lyrical strengths delivered throughout the entirety of the album. The track’s chorus tackles racial profiling.

“Oh no, we’re in trouble / TSA always wanna burst my bubble / Always get a random check when I rock the stubble,” Heems and Riz bemoan jointly.

“Shottin’” then moves to police brutality and radicalization, the second of which is built upon further in “Zayn Malik.” It has the feel of a ’90s hip-hop song with lyrics that stem from the intersectionality of the Black Lives Matter movement.

“But since he put the stick down and grew a beard / The feds at his crib like ‘Whoa!’” Riz says.

Riz then continues to narrate how this innocent man has been left with no choice but to radicalize because of unjust actions by the police.

“Feds told him that they preferred it when he was jugglin’ / Now he’s turned into a servant of god / It’s so troublin’ / Transferrable skills that a thug tinges up in Aleppo,” Riz raps.

After the weight of the first two tracks, relief comes in the form of “Aaja,” an upbeat love song that features Swet Shop Boys at their most sublime. Here, Riz takes the lead while Heems steps back into the role of hype-man, allowing the Londoner to rattle off lyrics that are as rich as they are hard to keep up with. The track surges forward with hope and longing up until an unexpected end, with a woman proclaiming her love for an unknown man who is possibly Riz himself.

With “Zayn Malik” batting cleanup, the hopeful carpet of “Aaja” is quickly yanked out from beneath the listener’s feet with another ominous instrumental opening accompanied by the roar of a tiger, a reclaimed motif of orientalism that shows up throughout the album, most notably in “Tiger Hologram.” Named after the fallen from grace One Direction star, “Zayn Malik” juxtaposes the sad realities facing brown men with beats that signal the end of time and an immediacy that make this song, strangely, a good workout song if you can block out the series of powerful and insightful lyrics.

“Yo call the feds, call the papers / My youth’s gone missing / He’s gone to Iraq, he’s gone to Syria / He didn’t listen. / You’ve got your mom in tears in Sajida, Quran kissin’ / I pray for my nephew / I pray you’re not antagonized / By all the hate in the news and the shit they sanitize / Look, Zayn Malik’s got more than 80 virgins on him / There’s more than one direction to get to paradise,” Riz raps.

After the power of “Zayn Malik,” the following track, “Tiger Hologram,” which was released as a single before Cashmere’s release, falls flat miserably. It’s a lazy club track played before the underage patrons arrive, centered around what Mehan Jayasuriya of Pitchfork calls “an inside joke we’re not privy to.” (Apparently, according to Redinho’s Instagram, there is actually a hologram of a tiger in Jackson Heights.) “No Fly List” features Heems at his best, (“I’m so fly, bitch / But I’m on a no fly list,”) again showing the chemistry and versatility of Swet Shop Boys with Riz MC taking a backseat in this deeply personal and political track that may trick a casual listener into thinking it’s just a stoner tune.

Heems’ performance in Cashmere is the subject of much debate among critics, with some—especially Jayasuriya of Pitchfork—citing his apparent inconsistency and lack of effort. Wesleyan bias aside, this assessment of Heems could not be further from the truth. Compared to his Das Racist! material and solo work, Heems is back and better than ever, with versatility and bite.

Heems’ performance is made all the more impressive in juxtaposition with the prolific Riz MC, who brings such energy and wit to the album that it would be easy for almost any other partner to look dull. One of Riz’s best verses comes in “Shoes Off,” which addresses the tricky topic of radicalization among Muslim youth.

“MI5 is giving a boy stress / Now he in Syria lookin’ to fight west of the border / He wasn’t sure which force to fight with / Until he saw IS had the nicest cribs / Air Max 95 in white leather / With the light brown trim from wearin’ it in the desert / And the thin red line runnin’ through it,” Riz raps before delivering a sobering last line. “Now he’s getting cold feet but they tellin’ him ‘just do it.’” 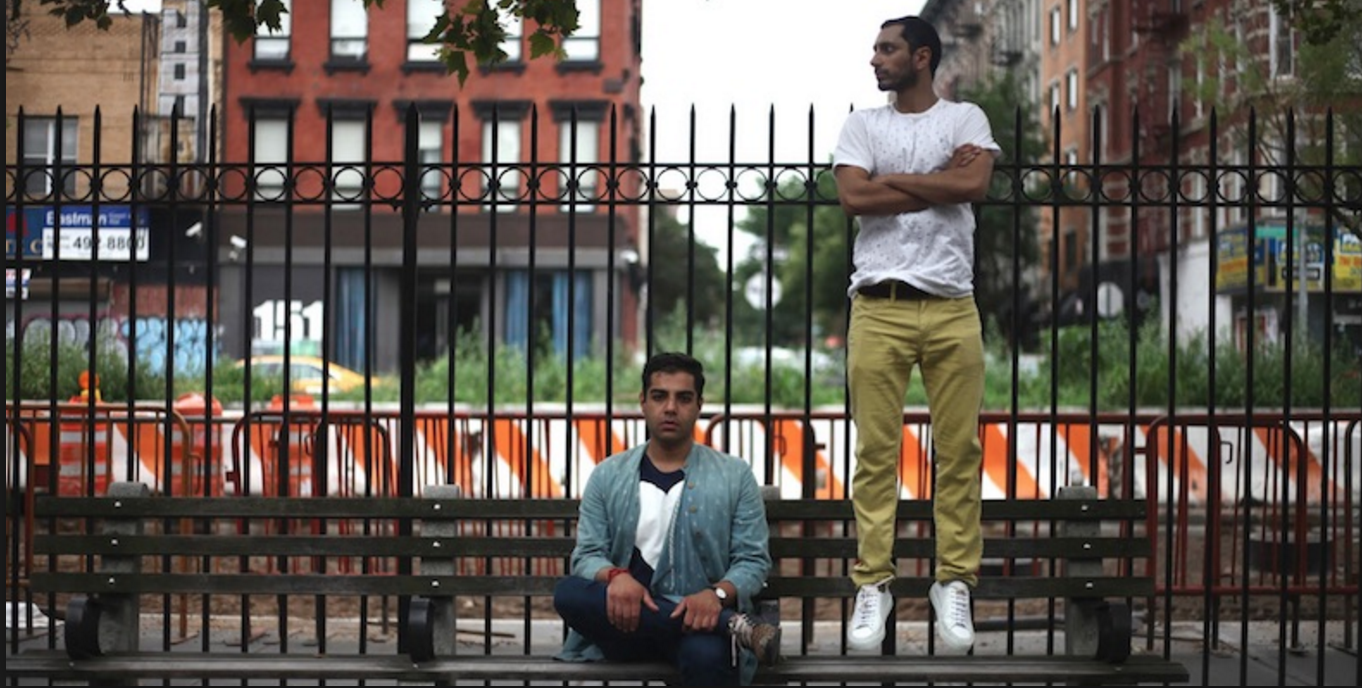 The two other tracks on Cashmere that stand out and remain in your head are “Half Moghul Half Mowgli” and “Din-e-Ilahi,” which both hold a sobering mysticism and a form of hip-hop dialectic. “Half Moghul Half Mowgli” is such a rich song in its lyrics alone that it deserves its own dissertation, senior thesis, or, less hyperbolically, its own separate review. With Heems completely absent from the track’s vocals, Riz MC steps up with his most introspective verses of the album. The track centers around his complicated identity as a now famous British-Pakistani rapper and actor who’s never had figures like him in the music and cinema he now has a prominent role in.

“My only heroes were black rappers / So to me, Tupac was a true Paki.” He then goes into a rather lengthy deliberation over representation, role models in hip hop and film, and the polarized reception he receives from his work. “Dear Riz, thank you for the films you do / And the songs you write, you’re reppin’ us true / Our young ones need someone like you to look up to / So thank you. / Fuck you, you terrorist Paki little piece of shit / Tryin’ to preach for your team when your tweets are prim / It’s propaganda posing as feature flics / And your rhymes sound gay and your beats are shit… / That 9/11 tune that they tried to ban / ‘Cause of you I went to Uni, you the man / Assalamualaikum, you’re going to hell,” Riz raps.

This dualism and its tension drives through the end of the album, with plenty to sift through by the time you take your headphones off.

“Din-e-Ilahi,” which is Persian for “Religion of God,” is a reference to Emperor Akbar’s efforts to take the best elements from each of the religions in his vast kingdom to reconcile the differences among his subjects. This dialectical thinking is muddied by Heems’ skeptical verse about the appropriation of South Asian culture.

“And yo they comin’ for the culture, man / Like they was on a mission / Ask me ‘bout the Kama Sutra’s different sex positions.” Yet Riz MC takes a more transcendental look, rapping about the interconnectedness of all of us and the cosmos. He goes on to lament how, “it’s difficult when you’re raised to hate yourself / Lookin’ in the mirror and doubt yourself,” Heems raps.

After a breath, Riz MC comes back to the mic and says, “You can’t escape yourself / Please love yourself.” Then the album is over, and as your Spotify algorithm struggles to find any music remotely like this, you might just wonder if you just partook in a historical moment that could be the start of something new, beyond the post-9/11 era. One day, people will study the work of Swet Shop Boys, whether as a text, as music, or as a cultural catalyst for something we cannot foresee.