WesWings and Red & Black Cafe (RBC) will be closed indefinitely due to the outbreak of the novel coronavirus disease (COVID-19). WesWings and RBC owners Ed Thorndike ’89 and Karen Kaffen-Polascik announced the closures on Monday, March 16, on the WesWings website.

All non-student WesWings and RBC employees will continue to be paid for the hours that they normally would be working. Student employees will not be paid. Ed and Karen realized that the closure would be a financial hardship for many of their employees and decided that they needed to continue paying them, despite the restaurant’s closure.

“We immediately knew that this was not something that they could handle, as much as it was going to be a large financial hit for us, our staff, many of them do not have the financial wherewithal to weather such a long type of shutdown,” Ed said in an interview with The Argus. “We knew we had to try to maintain, as much as we could with them, a sense of normalcy, especially when it came to work and their paychecks.”

However, Ed and Karen acknowledged that WesWings and RBC will also be taking a huge financial hit in the next few months.

“We’re doing everything we can to make sure our staff is paid, that our bills are paid, that our vendors are paid, but the reality is for the next six to nine months, Karen and Ed are not going to get paid,” Ed explained. “But we have the financial ability, through lines of credit with banks, to weather it and everything, to get through. And we know that long term, we’ll make it. Right now it’s just a matter of getting everything so that everyone else can get through.” 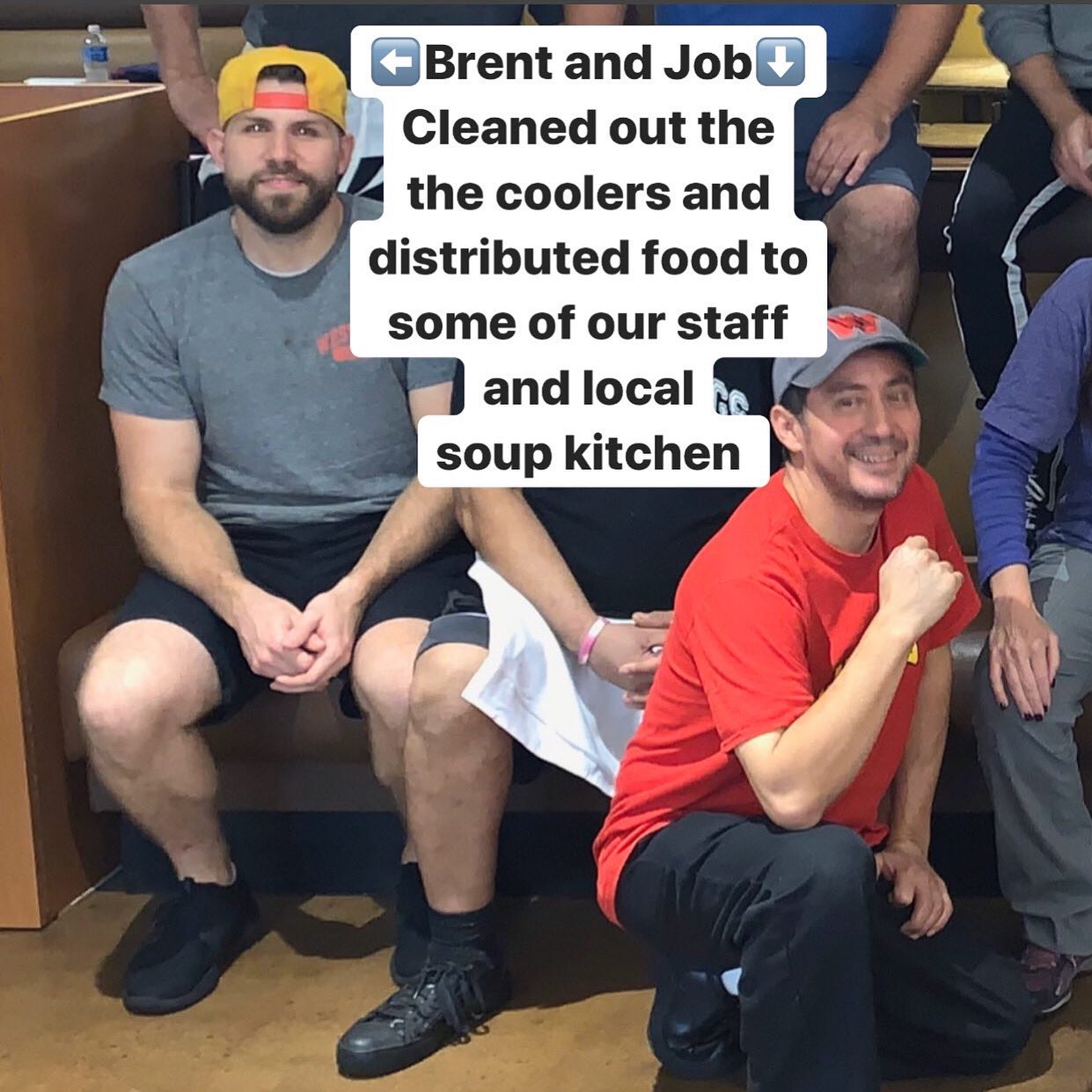 And they made sure that their inventory didn’t go to waste, either. Two employees went back to WesWings after the closure to pick up and distribute leftover food to other employees and St. Vincent de Paul, the soup kitchen on Main Street, according to the WesWings Twitter account.

Before making the decision to close, Ed and Karen experimented with modifying their dining services. On Monday, March 16 RBC was open according to schedule. As a precaution, Ed and Karen closed the dining room so that students would get their orders to go.

“That was something that the governor had not yet made the call to tell restaurants to do that,” Ed said. “So we had done that ahead of that being a state mandate with restaurants and bars not being able to have dining rooms open.”

That morning, Ed and Karen immediately noticed an uneasiness among the customers and staff.

“You know, like we initially had people coming in, and they were maintaining kind of an okay distance away from each other,” Karen recounted. “And then people were kind of still sitting on couches, and then we were like, okay, we’ll make this a text-in only.”

However, the transition to a text-in only system had limited success. Despite these attempts at implementing social distancing, Ed and Karen, as well as their staff, did not want to continue.

“You know, we’ve been through some of the busiest days that you can imagine, where we feed 500 people in a couple of hours, and we have a line out the door and hundreds of tickets everywhere,” Ed remarked. “I mean we can handle crowds like that. This was different, it almost felt like you were afraid of your customers. And that just made it just uncomfortable and very difficult to keep on doing it, even when we weren’t that busy.”

Ed and Karen cite the safety of their staff as the main reason for their decision to close.

“In the end, it’s just lunch,” Ed said. “We’re not on the front lines like doctors or nurses…and it’s ridiculous for us to be jeopardizing the safety of our staff so that we can make a smoothie.”

But Ed and Karen can recall only two times in the past when WesWings and RBC have closed unexpectedly. The first was when Johanna Justin-Jinich, a student at Wesleyan, was tragically shot while working at Red & Black Cafe in 2009. The other was due to an ice storm during October of 2011.

“The ice storm was in 2011…an ice storm that shut [us] down,” Ed recounted. “I guess it was right around Halloween, a Halloween ice storm. And we lost power, and so we were shut down for…I think it was about five days. And then, back in 2009, you know, [at the] very end of the semester, the shooting with Johanna. And that happened on Spring Fling. We closed for the rest of the semester, both locations.”

Neither of these instances were as lengthy as the expected closure for COVID-19.

In order for WesWings and RBC to reopen, a few things would have to happen. Primarily, there would have to be a significant demand for dining options.

“We’re not looking simply to just be a nice option, but to provide a service that is needed,” Ed explained  “And so, I think a lot of it depends on that.”

Another factor is the progression of  COVID-19.

“A lot of it depends on the state of where, where the pandemic is, y’know—are we further shut down than we are now, as far as just businesses, are there how many more cases, where are we in the curve?” Ed explained. “You know, are we at the end of the curve, have we ‘flattened the curve,’ or are we not even at the peak yet? And so I think we’re taking into consideration the safety of our staff, of our customers.”

With these next few difficult months ahead of them, Ed and Karen look forward to opening their doors again in Fall 2020. In the meantime, they’re asking that the Wesleyan community buy gift cards—which can be used to purchase items at both Red & Black and WesWings—to provide immediate funds.

“It’s an excellent way for people to help, in particular business, obviously in our case our business, with their immediate cash flow needs,” Ed said. “Because what we get out of it,  obviously, is money right away deposited to our account. And so we have money, funds we can actively be using for our business.”

These gift cards may also be transferred to others. Ed and Karen are hoping that people may be able to purchase gift cards, and donate them to WesWings and RBC for students to use if they are running out of points.

“Our hope is obviously, come September, everyone is back, and helps us through.” Ed said.

“Our first brunch should be epic,” Karen added.