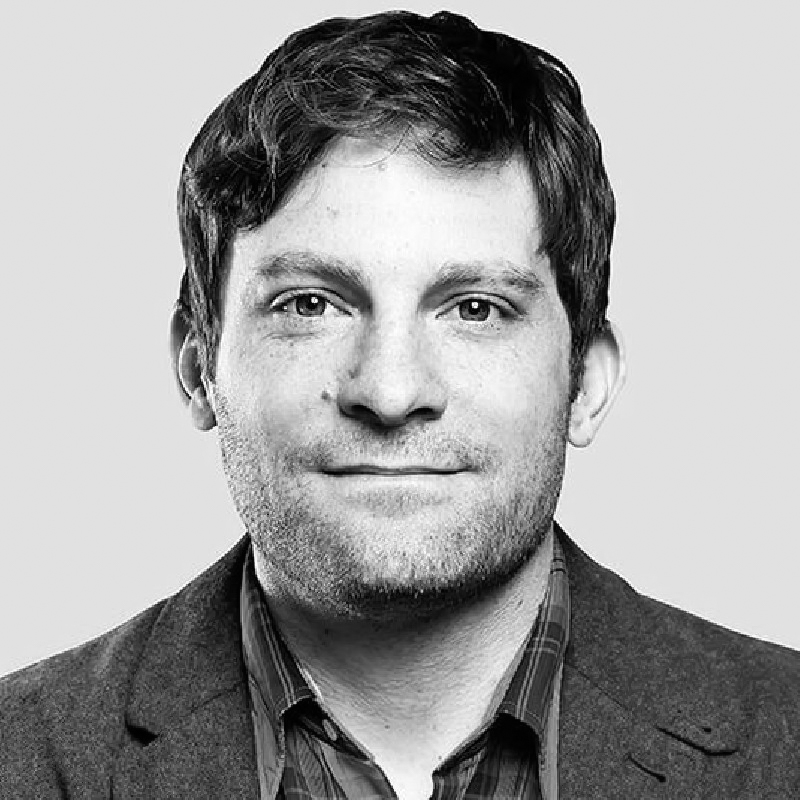 FiveThirtyEight’s Jody Avirgan ’02 is a storyteller who believes collaboration is at the core of the creative process.

“At WNYC, we did a lot of stuff that was very community-minded, which involved crowd-sourcing stories from our listeners,” Avirgan said. “[Similarly], at FiveThirtyEight, the goal has not been to hear ourselves talk, but to create a space between us and our community of listeners where hopefully some good ideas can find their way through. The satisfying moments are always community building.”

Avirgan is fascinated by the impact that data and historical trends have on the lived experience of everyday people. He honed the craft of rich, intimate storytelling for seven years at WYNC Radio, where he produced podcasts like “Freakonomics” and “On The Media” that investigate the subtext of hotly contested issues and their implications on the lives of the American citizenry.

Since joining FiveThirtyEight full-time in June of 2015, Avirgan has hosted his own podcast, “What’s The Point,” and spent the better part of 2016 covering the election as the host of FiveThirtyEight’s Politics Podcast. However, it was as an American Studies major at the University that he was first exposed to ambitious and collaborative work. His senior thesis, which received the American Studies Department’s M.G White Prize in 2002, was a particularly significant experience for Avirgan. For this project, he created a film and written supplement on the life and legacy of Joe Hill, an influential early 20th century American Folk singer who became an integral part of a burgeoning American labor movement.

“Everything up to that point felt like a project, but this one felt like an investment and that was really transformative,” Avirgan said. “[There was a feeling of] ‘holy crap I cannot believe someone is letting me do this.’ Anytime someone pays you to do something you really love, you have to be aware and take advantage of that.”

After receiving a Summer Experience Grant from the University, Avirgan traveled across the country to conduct research, exploring his own creative development along the way. The practice of reconstructing and assessing Hill’s legacy and his influence on acclaimed folk artists like Bob Dylan and Woody Guthrie taught him that building a cohesive narrative is as much about communication skills, effective advocacy, and organizing ability as pure academic research capability.

“It was the experience of being on the road and traveling to places to research in regional archives, or interviewing people and filming along the way, and then coming back to Wesleyan and editing it in my dorm room,” Avirgan said. “You have to convince people your idea is a good one, raise money, and organize a screening, and all of that is really satisfying to me. It was the first huge, ambitious project that you take from a germ of an idea all the way through to showing it to the world.”

Avirgan’s years at the University were socially and intellectually formative. He says he became more serious about his academics, however, in his junior year, after taking a few classes with Professor of Sociology Rob Rosenthal, and surviving “Colonialism and Its Consequences,” then taught by Claire Potter and Ann Wightman. Avirgan described “Colonialism” as the American Studies major’s “We’ll see if you can cut it kind of class.”

“It was sink or swim and it was like, you’re either going to figure it out or those two [professors] are going to chew you up,” Avirgan said. “And that was the moment where I was forced to get my act together.”

When reflecting back on his time at the University, it’s the durable group of friends he made who have helped him navigate the uncharted waters of post-grad life, that he says have been most valuable.

“The biggest lasting impact of Wesleyan was the group of about six very close friends I made there,” Avirgan said. “I joke that I still haven’t made a new friend since college. And that’s not to diminish the experience at all, that might be worth the price of tuition right? Just lock in a group of friends and allies in that way. A lot of that was related to the [ultimate] frisbee team [Nietzsch Factor], which was a big part of my college experience. I played all four years and captained, and I continue to play and take ultimate way too seriously after college as well.”

Avirgan’s experience with team sports and his senior thesis have shaped his journalistic philosophy. He believes that new members of the media industry who focus single-mindedly on finding a mentor to guide them may miss the insights and support that comes from the peers who are down in the trenches with them.

“Trying to find someone who is your mentor to try and help you along is important,” Avirgan said. “But I don’t think people think enough about the horizontal relationships and building a community of peers that are at the same stage in life and development as you are. And I have found that with the little projects I did 10 years ago with folks, I still have that community to rely on.”

After graduating, he spent a year building houses for Habitat for Humanity. While Avirgan had experience with WESU at the University, he initially wanted to be a documentary filmmaker and gravitated toward radio only after realizing that the sound quality in his films left something to be desired. He soon realized that the medium provided a better framework to pursue his interests, and he landed a job at WNYC in 2008.

With an “eye towards the election,” Avirgan joined FiveThirtyEight a year and a half ago. On “What’s The Point,” he has tackled the impact of data science on everyday life, reporting on topics ranging from science (“Can Microbes Heal Your Gut And Mind?”), to sports (“Turns Out, Running A Baseball Team is Hard”), to disenchantment in the digital age (“Are Algorithms Ruining How We Discover Music?”).

His breakthrough moment has come as the evenhanded host of the site’s politics podcast, where he has adopted the role of a playmaking point guard, channeling the intellectual prowess of numbers crunchers like Nate Silver and Harry Enten into compelling listening by working to push the data journalists outside of their comfort zone. He has nicknamed Enten the “Whiz Kid,” a moniker that Avirgan introduces him with at the beginning of every episode. The podcast has a conversational tone, is filled with light banter, and is often peppered by Enten’s quirky observations, all of which may surprise casual FiveThirtyEight readers.

“I’m not on our podcast to hear myself talk; I’m on the podcast hopefully to help create a space where good ideas can have some oxygen,” Avirgan said.

As he becomes an increasingly essential voice in translating FiveThirtyEight’s rigorously empirical approach for a broader audience, Avirgan is aware of the pitfalls of technocratic or narrowly analytical thinking.

“The challenges of data journalism is always how do you marry narrative, personality, character and anecdotes, all the things that make major stories engaging, with empiricism, and context and facts,” Avirgan said. “It’s no secret that the work we do at FiveThirtyEight has a greater risk of being dry than a lot of other journalism. So that is a continuous challenge for the site, and I think we do a pretty good job of thinking about how you bring personality to the site, how do you bring voice and character, while still being true to the empiricism.”

He sees podcasts as a conduit that naturally blends these two ideas.

“I think podcasts are particularly good for our site because they have to have voice in every sense of the word,” Avirgan said. “You kind of have to have personality for a podcast to be engaging. And then there is the simple fact that when people listen to our shows they realize we aren’t robots, we aren’t totally dry.”

As the election drew to a close this fall, Avirgan began to look for a new project. While he will continue to host FiveThirtyEight’s Politics Podcast, he is partnering with ESPN’s “30 for 30” films to produce audio documentaries for the popular sports series. It is an opportunity that should allow Avirgan to transcend the hyperactivity of covering the buzz of the political moment, and enable him to connect with his deeper delight for long-form narration and documentaries. He hopes that the original stories will have the depth that allows them to resonate with the loftier challenges of our contemporary moment, and that people will not see them as ‘simple sports stories.’ When I tried to get him to tell me the first few athletes or topics he would be investigating, he laughed, saying, “No way.”

Whether his focus is on sports or politics, Avirgan plans to remain true to what satisfies him most about ingenuity.