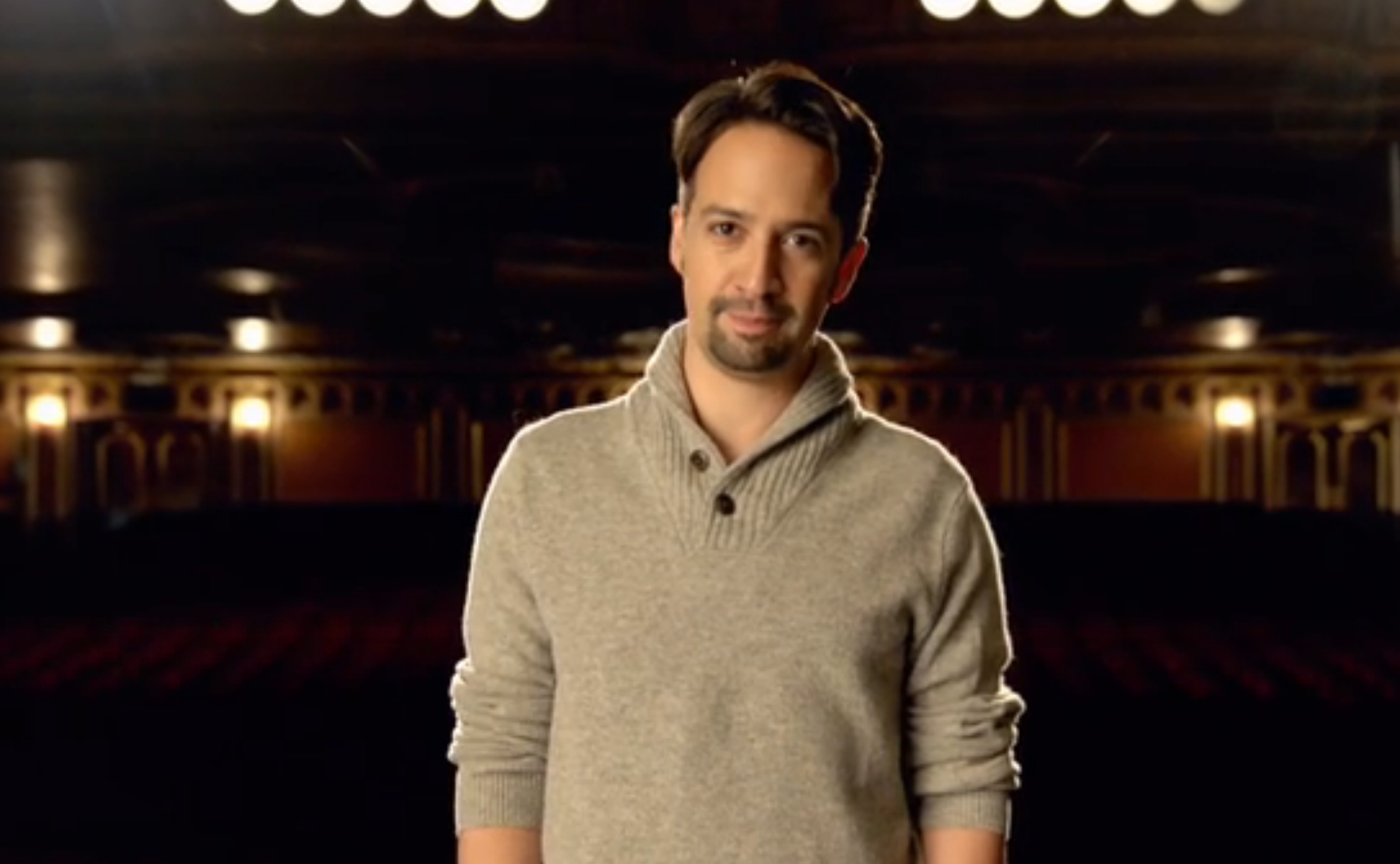 Once-in-a-generation talents like Lin-Manuel Miranda ’02 are rare enough, but watching their works come to fruition behind the scenes is unheard of, or at least it was until Alex Horwitz ’02 filmed his PBS documentary, “Hamilton’s America.” Affectionately known as the #Hamildoc, the film debuted to over 3.8 million viewers last weekend on PBS in primetime and will be screened this Saturday for Family Weekend at the Goldsmith Family Cinema at 8 p.m. Though it includes some spoilers by increasingly broad millennial standards, “Hamilton’s America” is an account perhaps unlike any other of a work of art that became an aspirational cultural phenomenon at the same time as the United States’ ugliest presidential election, and the film can be appreciated without its viewer having seen the play or listened to the soundtrack.

Though there is not yet art historical scholarship surrounding “Hamilton”—though there may well be a PhD candidate writing on it like they’re running out of time—the play is one of the rare productions that falls into the complicated category of the total work of art, or “Gesamtkunstwerk” in German. Synthesizing a unity of the arts—conventionally music, dance, architecture, fashion, and acting, or at least as many as a piece can incorporate—the total work of art is also frequently tied to notions of national history and identity. As shown in Horwitz’s “Hamilton’s America,” “Hamilton” has innovated beyond its medium by incorporating rap and race-blind casting into its synthesis of the arts, all centering around the foundation of the United States and its previously forgotten founding father.

“Hamilton’s America” effectively and efficiently captures the team effort behind “Hamilton,” which is most often presented as the sole creation of Miranda, as much as he consciously resists that complete ownership in the myriad interviews and acceptance speeches he has made over the past year. Featuring profiles of Director Thomas Kail ’99, Music Director Alex Lacamoire, Choreographer Andy Blankenbuelher, and even Hamilton’s prolific biographer Ron Chernow, “Hamilton’s America” is able to synthesize different artistic disciplines and their masters into his film. Much like Miranda’s, Horwitz’s seamless transitions between elements as diverse as literature and dance, all while maintaining a coherent narrative, look easy when they most certainly are not.

Perhaps the best part of the documentary for those in the Wesleyan community is the intimate look at Miranda and his musings, which have previously come in the form of a fall 2014 visit to campus and a commencement address in the spring of 2015.

“We’re on Broadway, we’re at the Richard Rogers theater, but at the same time, it feels exactly the same as when I was in ‘Pirates of Penzance’ in ninth grade,” Miranda says in the documentary’s opening sequence. “It’s such a kick to get to play dress-up and sing songs for an audience.”

Miranda also breezes through dense American history in a more cogent manner than most AP courses, going between giving background information on Alexander Hamilton himself and deconstructing lyrics from the show’s most popular songs. Horwitz also does Miranda the honor of letting esteemed figures in the arts brag about him, such as when Oskar Eustis, the artistic director of The Public Theater—where “Hamilton” ran during its buzzworthy previews—compares Miranda to William Shakespeare.

“I have more than once compared Lin to Shakespeare, and I do it without blushing or apologizing,” Eustis says. “Lin in ‘Hamilton’ is doing exactly what Shakespeare did in his history plays. He’s taking the voice of the common people, elevating it to poetry—in Shakespeare’s case iambic pentameter, in Lin’s case rap, rhyme, hip-hop, R&B—and by elevating it to poetry, ennobling the people themselves. He is bringing out what is noble about the common tongue, and that is something that nobody has done as effectively as Lin since Shakespeare. Yeah, I said it.”

The most culturally salient portion of the documentary is a full segment dedicated to the problem of slavery that comes with depicting the founding fathers, especially with a mostly non-white cast. Christopher Jackson, a holdover from Miranda’s Tony Award winning “In The Heights” who plays George Washington in “Hamilton,” takes time during his interview for the documentary to flesh out the problems of playing Washington as a black actor. Implicit in parts of Jackson’s comments is a counterargument to critiques of “Hamilton” from the left, most notably a Current Affairs piece by Alex Nichols entitled “You Should Be Terrified That People Who Like ‘Hamilton’ Run Our Country,” which argues that “Hamilton” enables white elites to discount America’s history of slavery and racism because of the success and popularity of the play.

“Our understanding of history goes awry when we only seek or care to listen to one part of a story,” Jackson says. “From the moment I knew I was going to be playing Washington it was the first thing that came into my mind: the slave question. The reality of the fact that he owned people…I’ll never make peace with it. I tried to, until I stood in the slave quarters [at Mount Vernon], and there’s no way to reconcile that. If anything, it brings to bear the entire truth of who this man was.”

Though the original cast is no longer together, “Hamilton’s America” preserves the essential project they took on together, and, more importantly, it shows how they got there. From Miranda’s unexpected debut of “My Shot” at the White House to accepting a seemingly infinite number of Tony Awards, the documentary traces not only progress, but the development and subsequent flourishing of one of the best, if not the best, American contribution to the arts. Although Miranda cautions that “Hamilton” is a once-in-a-lifetime play, he is a once-in-a-generation talent, so we can only hope that he will strike gold once again, and that Horwitz will be there to record it all for history.