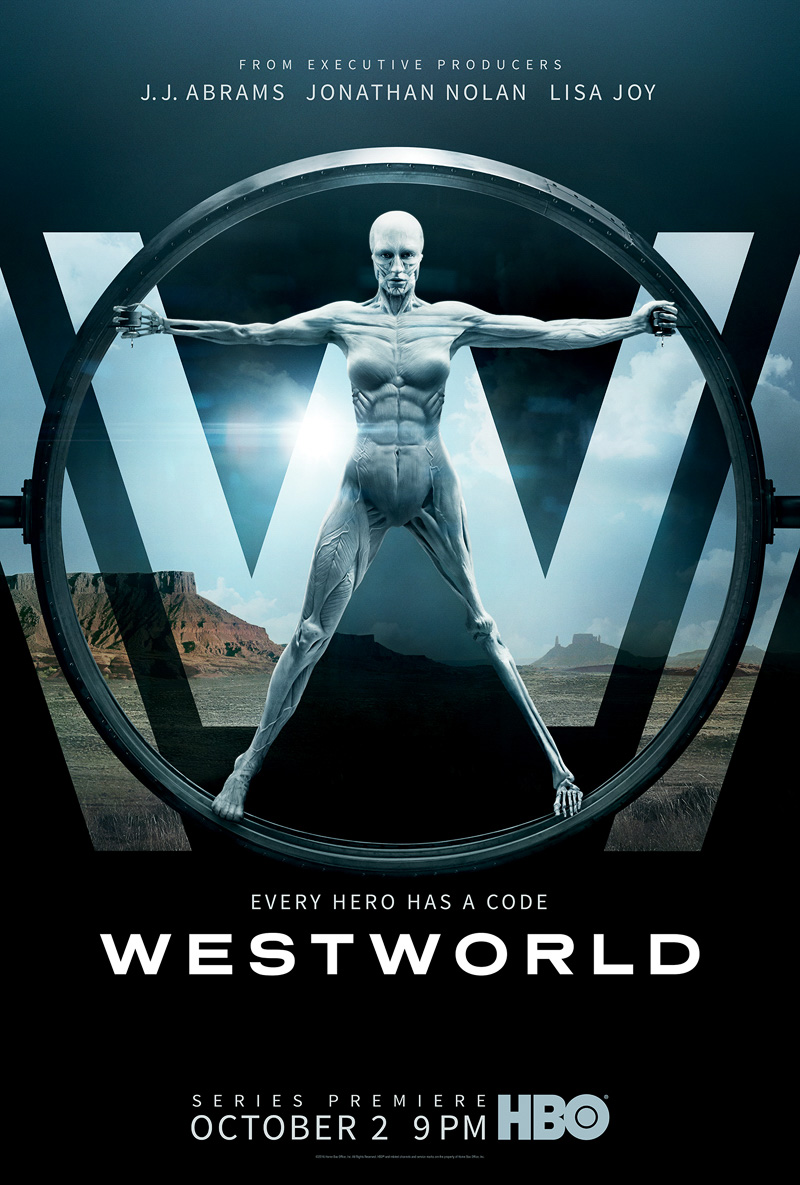 The growth of artificial intelligence is unstoppable. IBM has already created technologies capable of defeating chess masters, and “Watson” has already won Jeopardy. A.I., then, will only continue to grow, and humanity needs to be prepared to meet the challenges that come with it. For many years, the only glimpse of an A.I.-filled future humanity could have was from science fiction, seen in movies like “Blade Runner” and “The Terminator.” Each came with some warning for the future, whether it’s worrying about what happens when machines become indistinguishable from humans, or when they try to murder us. However, many of the best works in the science fiction canon were when the only knowledge about A.I. was purely theoretical and not based in actual science or real-life creations. It would seem, then, that 2016 is the best time for science fiction to explore the ethics and dangers of creating artificial intelligence, as some technology already exists. Thankfully, there’s a new show set to explore just that. Unfortunately, it doesn’t yet have very much to say about A.I. that you haven’t already heard.

Based on a 1973 film by Michael Crichton, “Westworld,” a new HBO series, takes place sometime in the future, set in an enormous, wild-west themed amusement park in which people can wander around and interact with the local hosts. The catch is that the hosts are all incredibly life-like robots, each with a daily routine and storyline, which they must act out and repeat every single day. The humans are allowed to do whatever they want with (or to) their robotic hosts, from talking to them, to sleeping with them, to brutally murdering them. At night, while the hosts “sleep,” their memories are reset, so they don’t remember anything the human guests did to them, and so they can repeat their routines the next day without failing.

The first two episodes tease out several different overarching conflicts. The hosts begin experiencing horrible glitches, ranging from randomly shutting down to recalling old and horrifying memories. A mysterious “Man in Black” (Ed Harris), a human who claims to have been born in Westworld, is on a murder spree in search of a so-called “maze” within the park. The park’s creator, Dr. Robert Ford, may or may not have deliberately caused some of the robot’s glitches. Bernard Lowe (Jeffrey Wright) has been secretly meeting with the oldest host in the park, Dolores Abernathy (Evan Rachel Wood), for reasons unknown. Everyone is hiding secrets and plotting something, a reassuring sign given that the show’s creators are trying to turn a movie with a simple premise (robots rebel against humans, humans must escape with their lives) into an intricately-layered show.

The cast is absolutely superb. Wood proves to be absolutely spellbinding in her role as Dolores, already having been established as the most important host in the park, and seemingly having gained access to hidden knowledge to which no other host has access. Wright does an excellent job as Bernard, a clichéd yet compelling, and deeply-lonely nerd. Harris is absolutely horrifying and mildly fascinating as the “Man in Black,” bringing an intense sense of anger and apathy to the role. Jimmi Simpson, playing a first-time visitor to the park, is wonderfully and lovably awkward, the perfect fit for a character who’s clearly meant to be an audience stand-in. And, of course, the legendary Anthony Hopkins shines as the park’s creator. Equal parts enigmatic, humble, and wise, Hopkins shines in his relatively minor role (though it seems apparently clear that his role will be getting increasingly important throughout the season).

Excellent, too, is the show’s production value, which makes the most of its enormous budget, from the gorgeous aesthetics to the thrilling action. The visuals are stunning, from the wide shots of the enormous desert to the cold and eerie shots of Westworld’s bleak control center. The period-accurate costumes and detailed, varied settings bring the show to life, both as a beautiful Western period piece and as a joyless vision of the future. The action scenes are thrilling, from intense shootouts to more disturbing, intimate acts of abuse.

But the show’s faults too become clear. “Westworld” begins to grapple with broad philosophical questions and religious themes. The life-like, incredibly human behaviors of the robots, combined with their ever-increasing knowledge of their own memories, suggest that, on some level, there’s a degree of actual humanity within them. Are they actually a form of conscious beings, or still the mere playthings of the humans? If the robots are at the mercy of their human guests, does that make the humans gods, ruling over their subjects, in some kind of perverted Eden? “Westworld” deals with these questions in subtle, broad strokes, from the references to heaven and hell, fate, and hosts wanting to “meet their maker,” to the fact that the hosts are known to speak with each other when none of the humans are watching.

Unfortunately, at this point, “Westworld” doesn’t delve into these themes beyond superficial exploration. The show’s boldest thematic claim is that humans, when given the chance, are capable of committing atrocities on a whim (i.e. murdering, sexually assaulting, and torturing the hosts). Beyond this bleak view of human nature, the show doesn’t make any definitive thematic claims. The religious allusions and discussions on consciousness are always vague and are never explored beyond small talk between characters. So far into the show’s run, “Westworld” seems to have very little to say. It doesn’t make philosophical statements about good versus evil, the powerful versus the powerless, so much as it comes up with cool-sounding lines for its characters to say.

This problem strikes at the heart of “Westworld”: for all its grandeur and beauty, action and intensity, “Westworld” feels oddly hollow. The characters, both robotic and human, don’t have a lot of depth or nuance, nor is there much reason to care about their fates. You won’t feel emotionally attached to any of them, nor will you care about their ultimate fates in the show. This problem is partially caused by the fact that the show has too large of an ensemble to spend enough time developing individual characters, but also because the show is primarily interested in teasing the audience rather than developing a story. In large part, this may simply be a flaw within the show’s premise, as it’s inevitably going to be difficult to develop characters when half the ensemble is robots with a set routine, and the other half is full of soulless humans with no life goals beyond running the park.

The other possible flaw within the show’s premise is that, being based off a movie about a robot killing humans, the show’s trajectory already feels predictable. For all the intrigue, it’s already quite clear that the show is heading for some kind of robot versus human showdown. There will be a handful of shocking twists, surprise deaths, and secrets to be revealed, but on some level, it doesn’t matter. It’s a show about robots waking up and realizing that the world they inhabit is fake, and then doing something about it. The show’s writers can only do so much to mitigate this fact and build a unique and compelling show with a complex and captivating story.

There’s a lot to like about “Westworld,” from the cast, to the stunning special effects, to all the intrigue and mystery. Unfortunately, the show’s first two episodes haven’t created the solid foundation it might need. Its plot doesn’t quite hook you, and its characters don’t quite compel you.  It doesn’t say much about A.I. beyond the standard warning that, hey, the robots might rise up against humanity. At this point, it’s too soon to say if “Westworld” has growing pains to overcome, or if it’s simply flawed on a fundamental, conceptual level. It’s like a good old-fashioned theme park: You’ll have fun and be occasionally disgusted, but once you leave the park, you won’t be sure if it was worth the time.