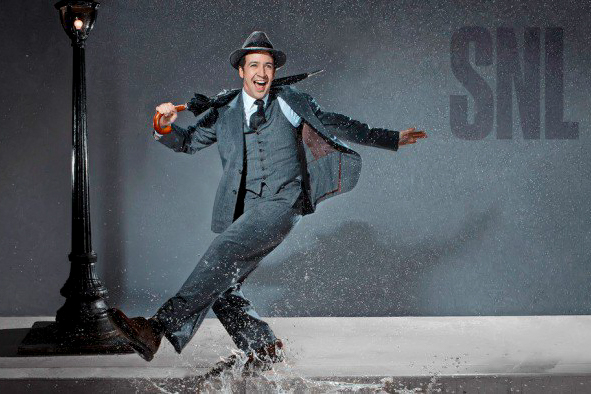 Approaching the end of 2016, there are increasingly fewer stages that are big enough for Lin-Manuel Miranda ’02. Perhaps the only recipient of a MacArthur Genius Grant who is a household name from the White House to Washington Heights, Miranda has somehow managed to become America’s new everyman who is anything but.

Ironically, the spatially minuscule set of Saturday Night Live proved to be the latest boost to the meteoric rise of Miranda’s career, allowing him to display his versatility as a performer to the millions of viewers who would otherwise wait years to get a ticket to “Hamilton.”

What made Miranda’s SNL performance all the more striking was that acting is only one of many components of his career. Before all else, Miranda is most notably a composer. He can move audiences equally strongly with a musical that he spent six years writing or through a freestyle rap that he’s composing while it’s happening. Along with his work as a producer, Miranda has also broadened his brand on social media, posting inspirational statuses in the early morning and late evening, and even making his fans’ days by engaging with them directly on platforms such as Twitter. Nonetheless, Miranda has acting chops, and they were on full display this past Saturday night.

Miranda’s opening monologue was initially under the pretense that the Broadway star would not reference “Hamilton,” which he quickly abandoned in favor of a “My Shot” riff after deploying the humility topos.

“I am fresh off a long run performing in my musical ‘Hamilton,’” Miranda said amid thunderous applause. “Which fortunately is one of the biggest hits ever on Broadway, which means most of you watching at home have no idea who I am.”

Then, Miranda seamlessly broke into his rapping cadence and began walking through the bowels of the SNL set. Walking through a hallway adorned with photos of former SNL hosts, Miranda took a jab at none other than Donald J. Trump, who made the show unwatchable when he hosted last year.

“And so we thicken the plot, stirrin’ the pot / Tonight I’m finally earning my spot / On this wall in this hall / and I’m gettin’ a piece of it, like Miley, Schumer, Tracy Morgan and this piece of—” Miranda rapped, stopping upon seeing Trump’s photo.

After doing what he does best—impressing anyone with a pair of ears with his rapping—Miranda shifted into the form of Cecily Strong’s suburban husband with music skills, sitting around a campfire with a brother and sister who can’t sing. The brother and sister, much to the discomfort of Strong’s character, are a romantic couple in addition to their glorified shouting of campfire songs such as “Footloose.” Playing off the audience’s perceptions of him as a music perfectionist, Miranda initially critiques the incestuous couple’s covers, only to join them, leaving his wife to the wilderness.

Perhaps Miranda’s best sketch was his performance as a substitute teacher, a profession he was all too familiar with before “In The Heights” and later “Hamilton” premiered on Broadway and won their respective Emmy awards. Making fun of critiques of “Hamilton,” mainly its hypocritical elitism and the hasty educational movement to teach many subjects “through rap,” Miranda tries and repeatedly fails to be a hip substitute teacher for students who are tired of being taught rudimentary subjects with a Hamiltonian spin. Keenan Thompson’s character shared an example from the class’ last sub.

“First, we taught her hip hop,” he said. “Then, she taught us ballet, but for some reason, she could only teach us ballet, through hip hop!”

For University students who have criticized “Hamilton,” particularly with the help of Alex Nichols’ Current Affairs piece entitled, “You Should Be Terrified That People Who Like ‘Hamilton’ Run Our Country,” this segment should—but probably won’t—relieve some of the pressure on Miranda’s campus legacy.

Though Miranda’s performance was certainly the highlight of the show, SNL’s cast and writers have collectively stepped up so far this season to produce consistently funny and relevant material. The cold open lampooning Trump’s disgusting “grab ’em by the pussy” tape was one of the funniest sketches in recent memory, with Alec Baldwin’s Trump repeatedly forgetting that he was on a live mic while off camera for a CNN interview defending his predatory comments. In the same segment, freshman cast member Mikey Day nailed an impersonation of Governor Tim Kaine, while new colleague Melissa Villaseñor played debate moderator Elaine Quijano, who is the first Asian American to moderate a national debate, and the youngest in 28 years.

Weekend Update duo Colin Jost and Michael Che shined again, with Jost proving that he has the wit to retain his place on the desk. Featured on Weekend Update was Jost’s fellow Staten Island star, Pete Davidson, who paid his dues by playing SNL’s “Resident Young Person” in a way that only someone as silly and cynical as Pete Davidson can.

By the end of the show, however, it was Miranda who stood out from all of the sketches. He somehow manages to be a likable genius, a once-in-a-generation talent who effortlessly makes you believe that he’s one of us, who takes the high road while planting seeds of meaningful work for posterity. Miranda is talented. He knows it, and we know it. But that doesn’t stop him from making us believe that we won’t throw away our shot, and that we’ll be lucky enough that someone with a fraction of Miranda’s talent will tell our story.