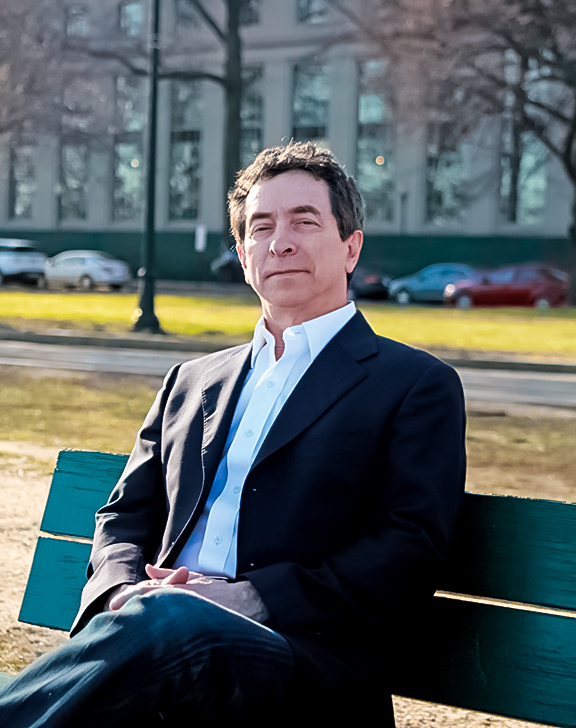 The entrepreneur is best known for starting Bethesda Softworks, as well as its parent company Zenimax, and for transforming the video game industry by applying physics to create realistic gameplay. He has won many awards thus far on both the national and international levels according to Morgan Ramsay’s “Games at Work: Stories Behind the Games People Play,” including over 400 “Best Game of the Year” awards, three Codies, two Clios, and the Golden Cyber Lion at Cannes.

“The whole idea is to create a course that provides students with the opportunity to use many of their diverse skills in a cooperative and complementary way in order to achieve demonstrable goals,” Weaver wrote in an email to The Argus.

The interdisciplinary nature of the course is reflective of Weaver’s diverse background at the University. After his undergraduate work at Hobart and William Smith, he entered the Graduate Liberal Studies (GLS) program at the University where he studied physics, computer science, and Japanese ethnomusicology.

“The ability to combine theory with action across a wide spectrum of knowledge is a powerful combination,” Weaver wrote.

After attending the University, he went on to do his postdoctoral study at Columbia and MIT. Further, he had successful careers at NBC and ABC. In addition to creating the first physics-based sports simulation with “Gridiron!” in 1986, he worked on games such as the original “John Madden Football” and “The Elder Scrolls” role-playing series. Recently, he has been an instructor and research scientist at MIT and is working on technology to help elders, young children, and soldiers with post-traumatic stress syndrome.

Weaver stressed the importance of mixing the sciences with the humanities at the University. He emphasized the benefits of students having an interdisciplinary expertise.

“Wesleyan sharpened my skills, yet also allowed me the freedom to think on a larger dimensional scale,” Weaver wrote. “I believe the ability to dimensionalize problems or challenges and hone down to the appropriate level has been a central strength in my career trajectory.”

Now, thanks to the efforts of the Director of the College of Integrative Sciences Professor Francis Starr, Weaver is able to pass his wisdom down to current University students through his newly offered course. Starr convinced Weaver to teach his course at the University after Starr attended a seminar Weaver gave last year.

“One of my goals is to develop courses that will span across disciplines,” Starr said. “In Chris’s career as a game developer, he had to face the challenge of understanding not only computer science and physics, but also design, engineering, art, business, and simply what excites people.”

According to Starr, Weaver was impressed by the College of Integrative Sciences’ goal to integrate multiple disciplines by having students engage in research. Needless to say, Starr is ecstatic to have Weaver teaching at the University this semester.

“Chris brings an unbelievable energy and excitement to everything he does,” Starr said. “I felt sure he could engage our students and offer an experience unlike anything else we’re currently teaching.”

Weaver’s course is based upon one he has taught at MIT for many years. In the process of adapting the course to fit into the University, he said that the other faculty members have made numerous suggestions that helped him enhance the course.

“The faculty and staff have gone out of their way to help my course become stronger here than it has ever been elsewhere,” Weaver wrote. “That level of camaraderie has made the transition seamless and greatly enhanced my expectations for a new course at the University level.”

Nearly 100 students applied for a seat in the class, which was designed to hold only 20. Eric Poretsky ’18 is thrilled to be one of the select few.

“I’m looking forward to both engaging with gaming as an art form and storytelling medium,” Poretsky said. “Also to create a physical game with a team that includes not only the creative aspect of game-making, but real-life application of marketing, selling a product, and an overall understanding of the real world of gaming.”

Max Dietz ’16 also expressed his excitement for receiving a spot in this popular class.

“I’m very excited to be in it,” Dietz wrote in an email to The Argus. “We’ve only had the first class so far but it sounds like it’s going to be as much like a reality show as it is a class. We get to meet with founders of different game companies and our grade is almost entirely based on what the kids think of the game we make. I think it will probably be the best introduction to working in games you could possibly get and I think it’ll probably be the most memorable class I’ve taken at Wes.”

Weaver is open to the idea of teaching future courses at the University, but for the moment is looking forward to working with students this semester and seeing how the new and improved course unfolds.

“I am extremely gratified with the feedback thus far and have every reason to believe that the students in this first class will set a very high bar for others to follow,” Weaver wrote.