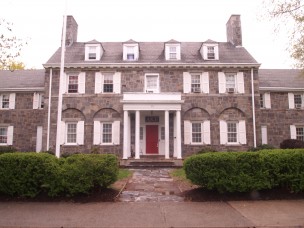 Effective this semester, first year students are no longer allowed to pledge Greek organizations, according to an email sent to University fraternity presidents by Vice President for Student Affairs Michael Whaley.

Whaley explained that this decision came from the Board of Trustees, and was made in conjunction with the coeducation of residential fraternities.

“One of the safety recommendations from the trustees is to eliminate rush/pledging for first-year students,” Whaley wrote in an email to The Argus. “Students can rush/pledge the Greeks after their first year.”

Whaley explained that many other institutions have a similar restriction.

“The rationale, in part, is to allow frosh to get established with their academics and the campus prior to rush/pledge activities,” Whaley wrote. “Frosh can also be quite susceptible to peer pressure so we hope to reduce the possibility of hazing activities by implementing this restriction. The impact of this change may well be that more juniors live in the residential Greek houses, which we think would be a good thing.”

“I’m sure it will create a new social dynamic on campus as only sophomores and older can rush a [G]reek organization and as freshman get involved in various other activities during their first year,” Creager wrote in an email to The Argus. “However I also understand that this is a system used by Greek life at numerous other institutions as well.”

Whaley’s email to fraternity presidents relayed several other decisions from the Board of Trustees that are to be effective immediately. Among these changes, the Office of Student Affairs will be hiring a Greek Advisor to ease the transitions that are to occur in Greek life at Wesleyan.

According to Whaley, the Dean of Students is currently working on the job description for this advisor and it will be posted once it is finalized.

All Greek organizations will also be required to submit membership and pledge lists to the Office of Student Affairs, as well as to register all social events that are open to non-members. University policy previously stated that only social events with more than 50 expected attendees must be registered.

“One of the other things we’re doing is we’re going to be now formally collecting membership rosters from all of the organizations,” Whaley said. “If those don’t demonstrate reasonable co-education within the relatively short window that we’re working in, then they would lose their status with the University.”