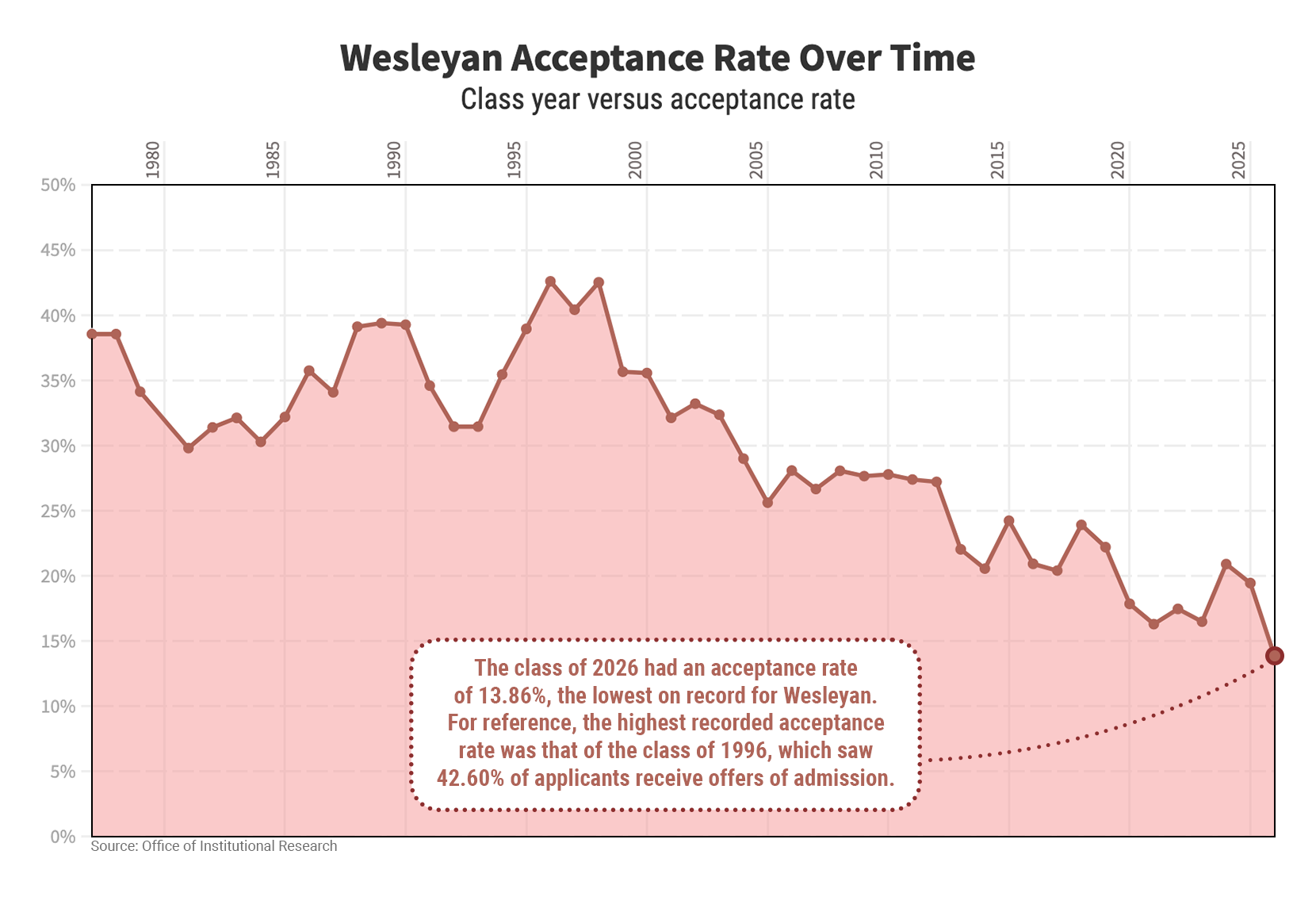 After evaluating 14,521 students, the largest applicant pool in the University’s history, the Office of Admission released Regular Decision (RD) results on Saturday, March 26. A total of 2,013 students have been offered admission to the class of 2026, including Early Decision admits, amounting to a 13.9% acceptance rate for the incoming first-year class. The 5.5% decrease from the class of 2025 not only signifies the largest acceptance rate drop in one year on record, but also marks the University’s lowest admissions rate on record.

The Office of Admission hopes to enroll a total of 750–770 students into the class of 2026, including the 473 who had already committed before RD. This means that there are 277–297 open spaces for RD admitted students for the University to meet their goal. The University also aims to bring 25 to 35 transfer students to campus in the fall.

According to the Office of Institutional Research, which has admissions data dating back to the class of 1977 (the 1972–73 admissions cycle), the acceptance rate for the class of 2026 is now the most selective on record. This new low point comes on the heels of both the recent strain of over-enrollment on the University’s community and a long-time trend of increasingly competitive admissions cycles.

Vice President and Dean of Admission and Financial Aid Amin Gonzalez ’96 explained that many of the measures and metrics usually present in the college admissions process returned due to the subsiding nature of the pandemic.

“The Pandemic and variants have impacted the admission cycle this year, but not as significantly as in 2020-2021,” Gonzalez wrote in an email to The Argus. “Most students returned to in-person school, college campuses opened to visitors, standardized testing is more widely accessible, and co-curricular activities resumed in varied capacities.”

Gonzalez also noted that the University’s COVID-19 vaccine and safety protocols allowed more on-campus admissions initiatives to return, although off-campus programs have not yet fully bounced back.

“While the pandemic and its variants continued to pose challenges, this year was [a] bit more of a ‘return to normal’ in that we were able to welcome vaccinated and boosted visitors to campus for in person visits,” Gonzalez wrote. “Admission deans did not however, resume full scale travel and outreach beyond Middletown.”

Though fortunate enough to retain its staff through the 2020–21 school year, the Office of Admission did see some staff turnover during the 2021–22 cycle. The University hired a handful of new admissions deans, all of whom required some form of acclimation to the Office of Admission. While a period adjustment is normal for any group of new hires, its overlap with the increased volume of applications posed an extra challenge.

“While we were pleased to welcome several new admission and financial aid colleagues this year, the hiring and training processes were challenging because they did not align up with previous timelines but instead were staggered and overlapped with standard day to day operations throughout the cycle,” Gonzalez wrote. 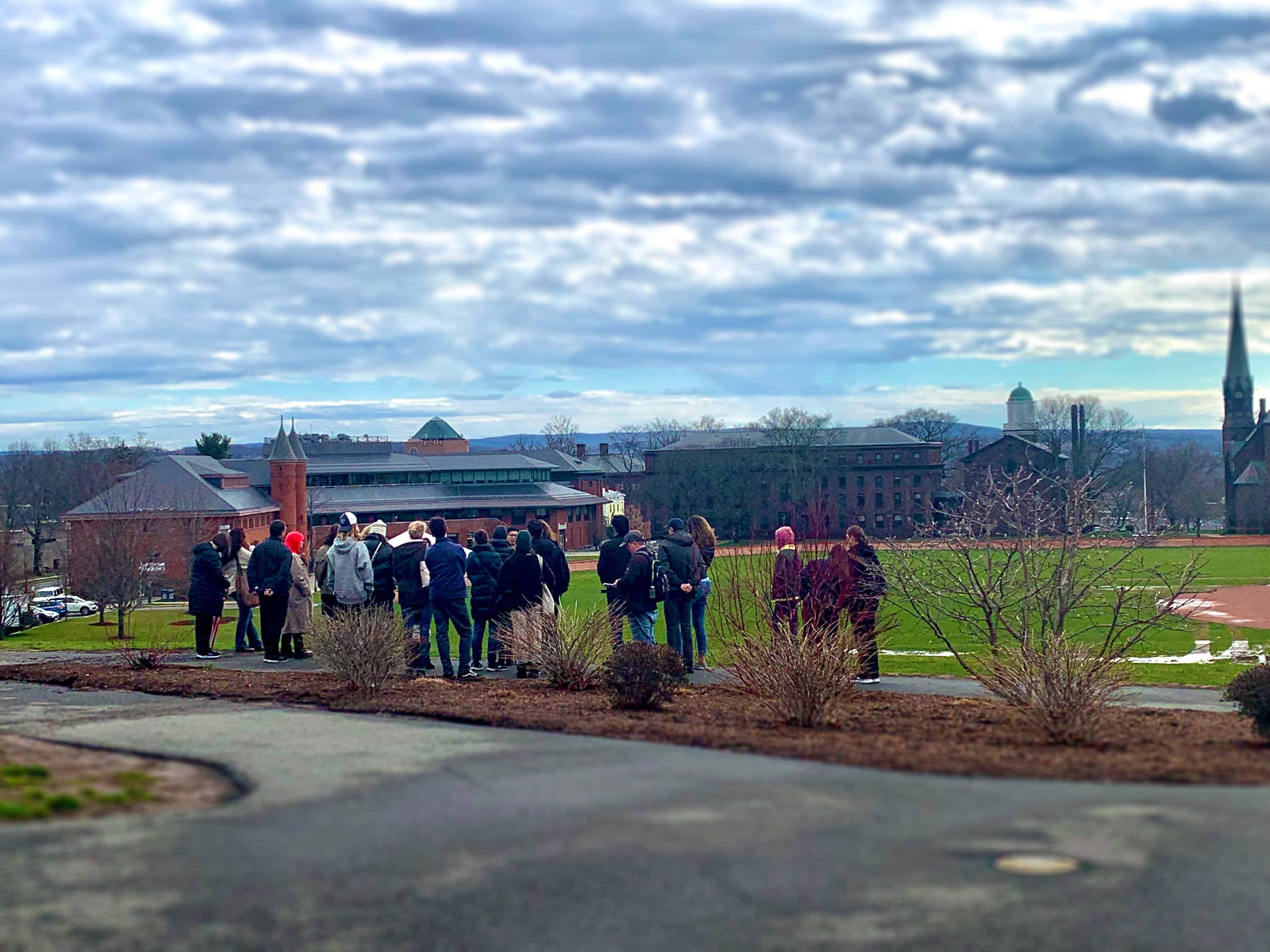 Despite this, the Office of Admission successfully evaluated the largest number of applicants in the University’s history. Though there will not be exact numbers for the class until decisions on the offers of enrollment are due on Sunday, May 1, the demographics and data for admitted students can give a rough outline of how the class might shape up.

In terms of academic preparation, 87% of admitted students have completed math through calculus, 82% have done coursework in the three lab sciences (biology, chemistry, and physics), and 78% have four-year proficiency in a single foreign language.

As those accepted into the class of 2026 weigh their college options, the Office of Admission is turning its attention towards the matriculation campaign. The highlight of the Office’s admitted student programming is WesFest, which is typically a three-day program for admitted students to explore the University’s offerings. This academic year WesFest will be shifting away from its usual structure to accommodate for both admitted and current students. 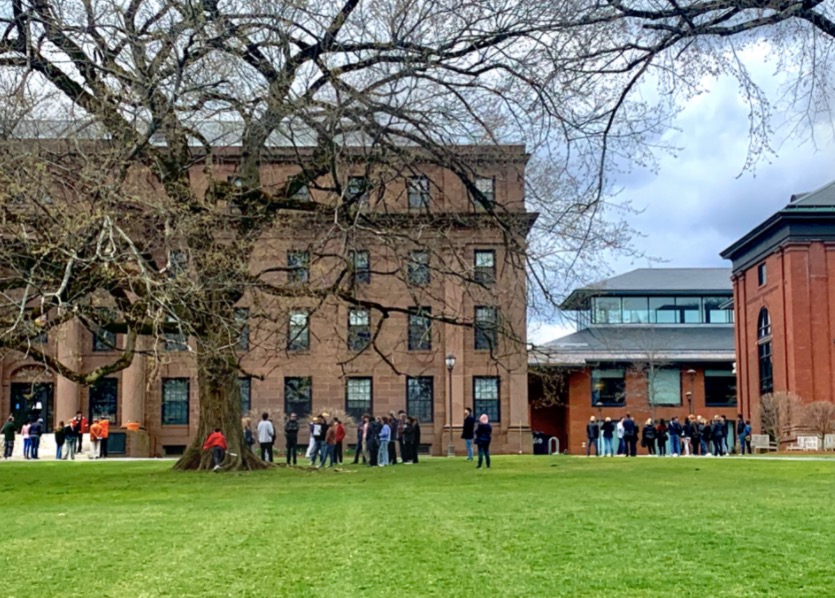 “To provide admitted students and families flexibility as well as ensure the safety of our community, we decided to host WesFest on three consecutive Fridays in April rather than three consecutive days in the middle of the month,” Gonzalez wrote.

WesFest for the class of 2026 will take place in person on April 8, April 15, and April 22, with a cap of 250 attendees per day for 125 admitted students and their plus-ones, all of whom must be fully vaccinated and boosted.

The WesFest itinerary this year will include drop-in hours for the University’s departments, a club fair organized by the Office of Student Involvement, several panels for both incoming students and parents, a handful of mock classes, live chemistry demonstrations, Shabbat services, and numerous other opportunities for admitted students to connect with the campus community.

The Office of Admission has also planned various virtual events throughout April to reach and connect with admitted students who may not be able to attend WesFest, including “chill and chats” with current students, question-and-answer sessions with administrators, and multiple alumni panels.