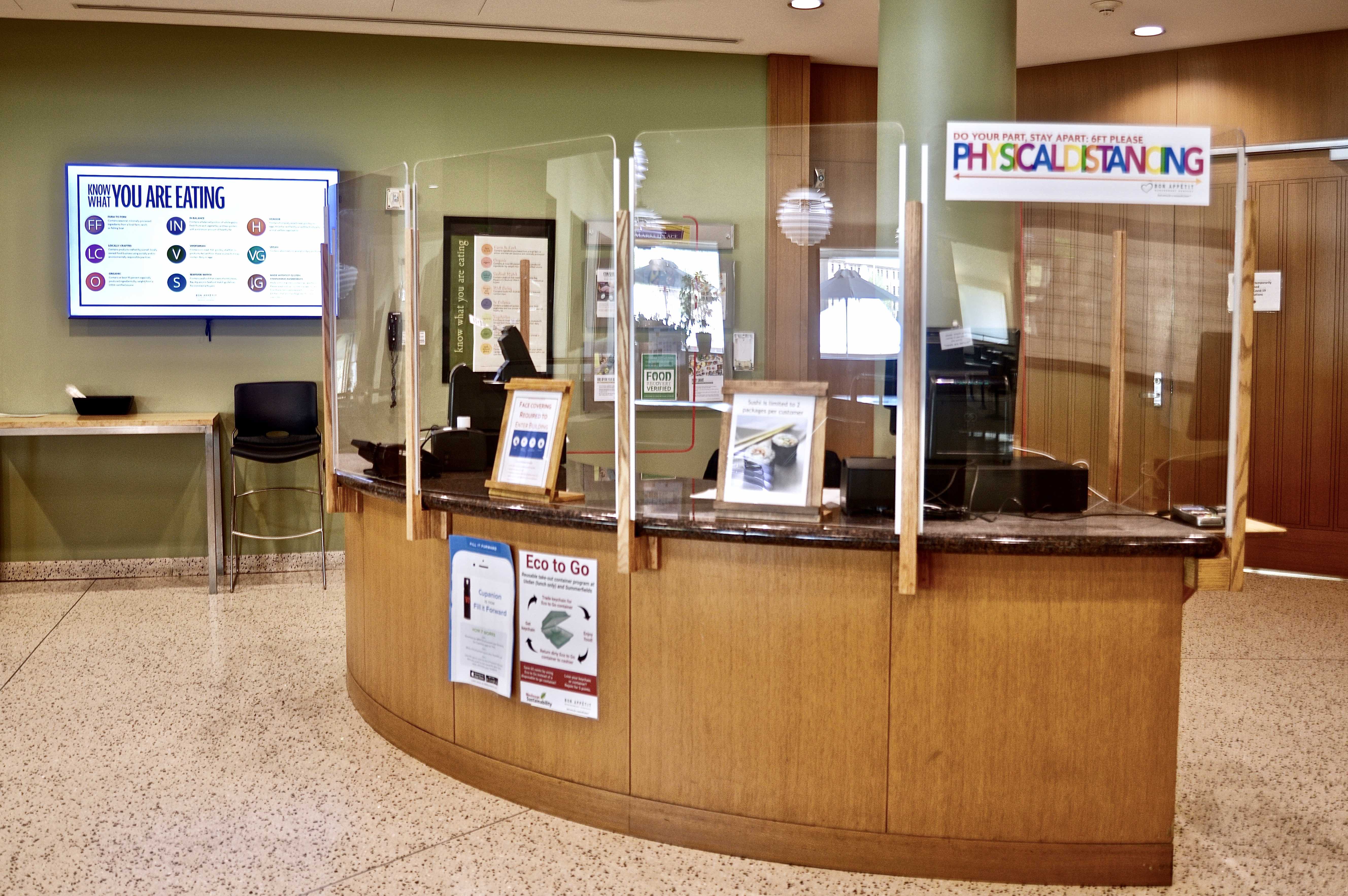 The University will introduce a new sophomore meal plan next semester, a decision made in response to an anticipated increase in enrollment in the fall and in conjunction with the Wesleyan Student Assembly (WSA) Dining Committee, a subcommittee of the Student Life Committee (SLC). The meal plan consists of 250 meals—averaging at least 14 per week—and 500 points. In addition to the new meal plan, sophomores can opt into the premier meal plan, which includes access to the four meals offered on weekdays and the three meals on weekends on campus in addition to 250 points.

Seniors and juniors will continue to default to the all declining balance plan, which comes with no meals and 1980 points, but they can also switch to the premier plan or the “sophomore” plan in July or during Drop/Add in the fall. First years will only have access to the premier plan.

“People need a couple weeks to figure out what their schedule really looks like, so they have a chance to change [meal plans],” Director of Usdan University Center Michelle Myers-Brown said. “If you’re a freshman this year, we don’t want you to have to come in and think about this.”

The University began re-evaluating its five meal plans in the summer of 2019, aiming to address frequent food insecurity among first-years and sophomores who mis-budgeted points, the unavailability of kitchens to most underclassmen, and the capacity of communal dining to contribute to social bonding. By the end of spring 2020, the administration created the premier plan as the sole meal plan option for first-years and sophomores.

“I would say we had at least half, if not a little more than half, of the student population that lived on campus this year on the premier plan, which was really good,” Myers-Brown said. “[We] didn’t have a single student last semester tell us that they ran out [of meal swipes] and couldn’t eat at the end of the semester. That was our original purpose.”

However, the COVID-19 pandemic disrupted on-campus dining before the new meal plan system could be implemented. In a normal year, Usdan can seat around 320 people in each of its wings. With social distancing, that number drops to approximately 60. To mitigate the effects of limited seating capacity, the University temporarily permitted sophomores to choose either the all declining balance plan or the premier plan.

“I think at that point it was [the Finance Office] who asked if [the Office of] Student Affairs would consider approving, for one year only, sophomores the ability to choose between the premier plan and all points,” Myers-Brown said. “We did do that. I will tell you, a lot of people didn’t take advantage of it. I would say the vast majority of sophomores, and I’m talking 600 out of 700 and change, kept with the premier plan.”

The University again revisited dining options for sophomores this year in response to a new shift in supply and demand for dining seats caused by anticipated higher enrollment. According to Vice President and Dean of Admission and Financial Aid Amin Gonzalez, Admissions plans to matriculate 840 new students in the class of 2025, adding to the 56 students originally in the class of 2024 who deferred admission. In addition, the University expects significantly fewer students to study abroad than in normal semesters, when approximately 200 students enroll in programs abroad.

“In the last few weeks, there’s been several conversations between Dining Committee and some administrators,” Myers-Brown said. “And what we have come to find out is that there is an anticipated higher number of students that are maybe on campus next semester, in part because people going on study abroad or various reasons. Okay, how am I going to seat all these people?”

“I know it’s not how we got there—we got there because of circumstances—but I really feel like the sophomore plan is going to be a nice stepping stone from premier to ‘about to go on all points,’” Myers-Brown said. “You’re getting more points, you got to learn how to budget them, figure out how it works. Dabble with cooking if you want to, depending on where you’re living.”

Other dining changes instituted during the pandemic will remain next semester. The University released the Wes2Go app last semester to cut down on foot traffic in Summerfields and Weshop. While Weshop stopped using the app when it reopened in person on Monday, May 3, students can still use the app to order from Summerfields next semester.

In addition, Late Night, the meal period from 9 p.m. to 1 a.m., was moved from Usdan to Summerfields and started accepting meal swipes last semester. After Late Night’s rise in popularity this semester, increasing from an average of 30 to 40 students per night to 300, both changes will remain in place, according to Myers-Brown.

“Next year, hopefully, people will be able to stay [at Summerfields], too,” Myers-Brown said. “They can get Late Night to go, or they’ll be able to stay and hang out, which will be interesting because maybe we can do some music or we can have a movie night.”

The next semester also brings the addition of a new points-accepting café, Story and Soil Coffee, at the Wesleyan RJ Julia Bookstore. Its current location in Hartford, Connecticut, offers coffee, tea, frittata egg sandwiches, bagels, and breakfast burritos. According to Story and Soil’s website, the café will be open from 9 a.m. to 3 p.m., seven days a week at 413 Main Street.

“Two years ago we had a café down there and they left,” Myers-Brown said. “But I think Story and Soil would be a nice complement to the bookstore.”

The administration is hopeful that there will be a return to normalcy next semester which may decrease some of the stress on Bon Appétit. According to Myers-Brown, Bon Appétit has served over 2,000 meals per semester to students in isolation or quarantine.

“Bon Appétit are amazing partners,” Myers-Brown said. “They have done an unbelievable amount of work this past year with quarantine, because they have served meals to every single student, be it positive case or first contact.”