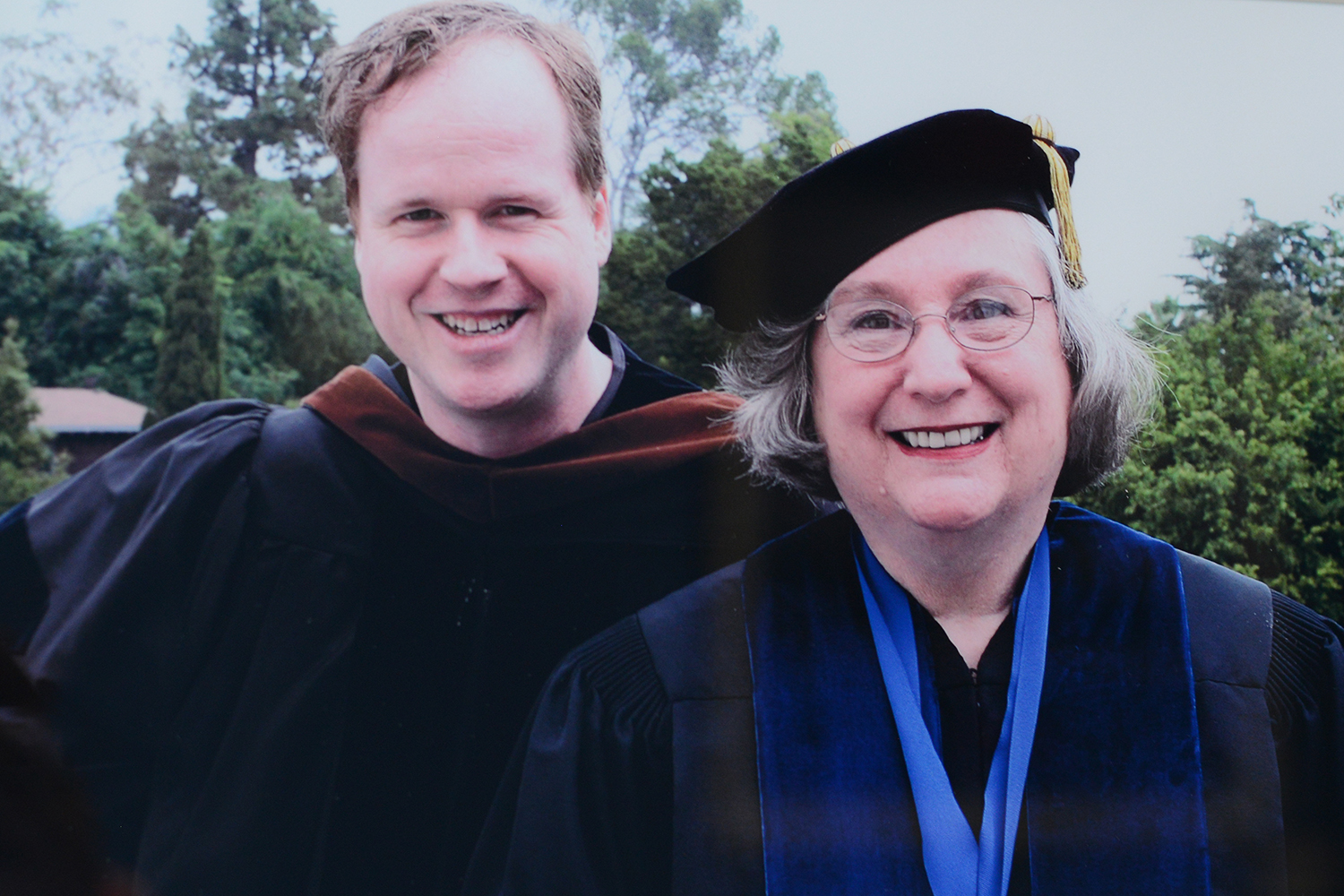 When director Joss Whedon ’87, known for film and television projects like “Buffy the Vampire Slayer” and “The Avengers,” gave the 2013 commencement address at Wesleyan, he wanted to talk about contradictions. True to his character, Whedon began his speech by telling the graduates that they were all going to die and that their bodies’ greatest ambition was to become mulch. The contradiction, as he saw it, was that this graduating class continued living, despite this biological truth, to pursue the goal of any accomplished student body: changing the world. Whedon certainly thought of himself as doing just that.

I’m thinking about how excited I would have been to have Whedon be my commencement speaker in 2013. At that point, Whedon had many beloved TV shows to his name, including “Firefly” (2002-2003), “Angel” (1999-2004), and my personal favorite, “Buffy the Vampire Slayer” (1997-2003), and he had already directed “The Avengers” (2012). As Wesleyan folklore would suggest, Whedon was on a drug trip when he was inspired to create “Buffy”; he allegedly saw a girl in a white dress running through the cemetery on Foss Hill. He became a source of pride for Wesleyan, giving us exclusive access to memorabilia from his career for an exhibit in 2013 to celebrate the launch of new the College of Film and the Moving Image following his commencement address.

What seemed at the time to be an uplifting commentary on the endless tensions we hold within ourselves became a foreshadowing of Whedon’s sinister side, which he concealed behind a persona of feminism for decades. He is a man of contradiction, but rather than honoring the duality in his life, as he urged Wesleyan students to do, it currently appears that he has carefully constructed a singular image of himself at the expense of those around him.

With “Buffy” to his name, Whedon solidified his public image as a feminist. The show follows a young woman grappling with all the normal teenage girl pressures: boys, friendship, and saving the world. It was praised for portraying women as powerful and in control of their destiny, especially in the male-dominated action genre that typified much of the late 90s/early 00s culture. The main character, Buffy, is a complex and fearless protagonist surrounded by other powerful female characters. There’s Willow, the quiet and authentic best friend turned witchy sidekick, and Cordelia, the outspoken and self-confident popular girl. Often quoted in the media speaking on feminism and the importance of strong female characters on TV, Whedon cultivated a public image that suggested he was an ally to women.

I discovered “Buffy” during this past winter break, and I have never fallen in love with a show more quickly. Despite the fact that it aired before most current Wesleyan students were even born, “Buffy” is at the top of my TV recommendations. It is unique for its sense of humor and witty writing, and the relationships it portrays are some of the most beautiful and compelling ones I have ever seen on television. While the show provides countless female role models, Buffy is the superhero I wish I could be the most.

By the time of his Wesleyan address, Whedon had given two speeches about feminism for Equality Now, an organization that works to promote equal rights for women and girls. These speeches were deemed “perfect” by outlets including The Huffington Post and Jezebel.

In reality, however, the speeches were far from perfect, and largely consisted of Whedon joking about not liking the word “feminist,” saying that all male creators should feature strong female characters in their work. It’s disturbing to watch a man get so much praise for saying almost nothing about feminism. Even worse, Meryl Streep was the one to introduce him for one of these events.

More than 20 years after “Buffy” first aired in 1997, cast members from a variety of Whedon’s projects are speaking out about how he treated them in their work environments. On Feb. 10, Charisma Carpenter, who played Cordelia Chase in “Buffy” and “Angel” tweeted a statement detailing the mistreatment she endured while working for Whedon for six years. Detailing Whedon’s pattern of abusive behavior, Carpenter reveals that events on set led her to develop a chronic physical condition that she still suffers from today.

Hardly the feminist ally he portrayed himself to be, Whedon is currently facing accusations of calling Carpenter “fat” when she was four months pregnant, punishing her with long hours and emotional stress after she announced her pregnancy, and ultimately firing her from “Angel” in retaliation.

“Unfortunately, all this was happening during one of the most wonderful time[s] in new motherhood. All that promise and joy sucked right out,” Carpenter wrote. “Joss was the vampire.”

Carpenter’s claims were prompted by another actor who worked with Whedon. In June 2020, Ray Fisher, who played the superhero Cyborg, tweeted his own statement calling out Whedon’s behavior on the set of “Justice League” (2017), which Whedon took over mid-production when director Zack Snyder stepped down from the film due to a family emergency.

Later in 2020, Fisher further detailed his accusations against Whedon, which included racism targeted at him and the few other people of color on set. This launched WarnerMedia’s investigation into Whedon, in which Carpenter also participated.

Other members of the “Justice League” cast have also come forward about Whedon’s on-set behavior.

“Serious stuff went down,” said Jason Momoa, who co-starred with Fisher on “Justice League” as the superhero Aquaman. He voiced his support for Fisher via an Instagram post.

“It needs to be investigated and people need to be held accountable,” Momoa continued.

In an interview with the Los Angeles Times, Gal Gadot, who played Wonder Woman in “Justice League,” also hinted at an unpleasant experience with Whedon, and voiced her support for Fisher.

Since Carpenter’s tweet, several actors from “Buffy” and its spinoff, “Angel,” have taken to social media in response. Many former cast members sent words of support for Carpenter, including David Boreanaz who played Angel, the vampire cursed with a soul, James Marsters who played Spike, the enemy turned devoted ally, and Anthony Stewart Head, who played the show’s father figure, Rupert Giles. The women of “Buffy” gave the first wave of support, with Amber Benson quickly retweeting Carpenter’s original post the day it was released, supporting the allegations with her own statement.

“Buffy was a toxic environment and it starts at the top,” Benson said. “[Charisma Carpenter] is speaking truth and I support her 100%.”

Sarah Michelle Gellar, who played the titular character in “Buffy,” also released a brief statement on Instagram, distancing herself from Whedon. Notably, Michelle Trachtenberg, who was fifteen when she began working on the show, revealed on Instagram that Whedon was not allowed alone in a room with her.

Despite the progressive nature of his shows in their time, Whedon by no means had a spotless feminist record, even before all of these allegations. His film “Avengers: Age of Ultron” (2015) received criticism for its portrayal of Scarlett Johansson’s character, Black Widow. On the set of “Justice League,” Gal Gadot allegedly refused to film a scene in which the Flash, played by Ezra Miller, would run face-first into her breasts, a cheap joke which also appeared in “Age of Ultron.”

“He deceived me for 15 years, so he could have everything he wanted. I believed, everyone believed, that he was one of the good guys, committed to fighting for women’s rights, committed to our marriage, and to the women he worked with,” Cole wrote. “But I now see how he used his relationship with me as a shield, both during and after our marriage, so no one would question his relationships with other women or scrutinize his writing as anything other than feminist.”

Cole, like Carpenter, details how Whedon’s manipulation during their relationship led to her getting treated for a physical condition. In Cole’s case, she now receives treatment for Complex PTSD. While Whedon’s actions harmed Cole greatly, Whedon was able to sustain a profitable career, specifically by branding himself as a feminist.

“He wanted it all; he didn’t want to choose, so he accepted the duality as a part of his life,” Cole wrote.

These revelations reveal a pattern of abusive behavior in both Whedon’s professional and personal life. They speak to a pervasive problem in the entertainment industry which allows white men to abuse their power on set for the sake of entertainment value, both on and off screen. They also show how easy and profitable it is for these men to portray themselves as feminists while the women and BIPOC who work for them fearfully live in silence about their experiences.

For fans of “Buffy,” the past week has been heartbreaking. One by one, I’ve been waiting for each cast member to respond. Fans are still waiting to hear from Alyson Hannigan, who also starred in “How I Met Your Mother” (2005-2014) (also created by Wesleyan alumni Carter Bays ‘97 and Craig Thomas ‘97). One of the best elements of “Buffy” is the camaraderie between characters; facing seemingly insurmountable obstacles, this group of coolly-dressed friends is one of the best teams on television. To know that the cast was not as happy filming the show as I am when I watch it is devastating.

Of course, this issue extends beyond fans dealing with disappointment: according to these allegations, Whedon was an abusive boss and husband and directly harmed people in his life. The allegations of Ray Fisher, the “Buffy” cast, and Kai Cole are helping to counter the narrative of unabashed male feminism that he has profited off of for so long. Although more people are coming forward to tell their stories, including a recent one from a “Firefly” writer, Jose Molina, who claims that Whedon bragged about making female writers cry, there are many that may never be heard.

Whedon has not commented on these accusations. It seems he no longer wants to talk about contradictions.

Olivia Luppino can be reached at oluppino@wesleyan.edu.