“Game of Thrones” S8E3: How to Avoid Universal Apocalypse in One Easy Step 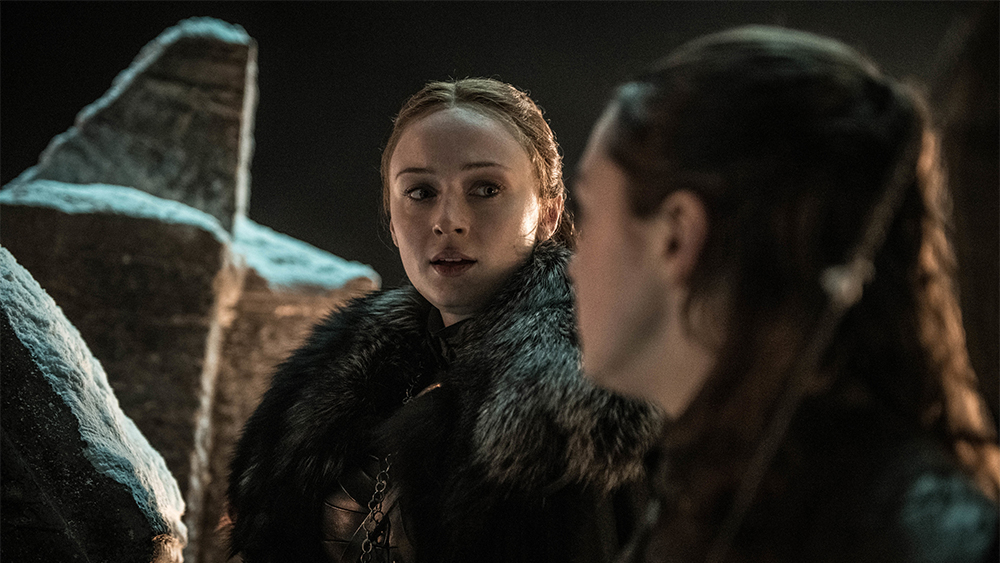 WARNING: This review contains major spoilers for S8:E3 of “Games of Thrones.”

Since the beginning of the show, eight years ago, “Game of Thrones” has always been about the White Walkers. Or, at the very least, its first scene was all about them, and understandably so. Before the show came to dominate popular culture conversations with all of its vicious power plays, sex scenes, and dragons, the story of an army of dead people slowly marching to end all living civilization was immediately captivating. The fact that most characters refused to believe that they were coming further deepened the White Walkers’ intrigue. Even as the show moved on to sprawl in an infinite number of directions, with dozens of beloved characters to root for, this underlying icy threat seemed to lurk just beneath the surface. Only Jon Snow understood the gravity of the threat they posed, which made him see how all the squabbles going on among the living would be ultimately irrelevant if these freakish creatures were not dealt with first.

In “The Long Night,” the third episode of the six-episode final season, these creatures were finally dealt with, yet in such a careless and flat manner that the atmosphere of futility and doom that accompanied them throughout the show’s long run has now been rendered pointless. At the end of 90 minutes of gory, mostly incoherent battle scenes, with a few deaths of peripheral characters sprinkled in, The Night King, the White Walkers’ terrifying dear leader, was felled by a single stab from Arya Stark. She jumped out of literally nowhere, unseen by any of the King’s minions, and The Night King proceeded to crumble into a million pieces, which somehow made all of his undead soldiers instantly crumble into a million pieces in solidarity. The staging of this killing was clumsy, but it is hard to imagine any way that it could have lived up to the expectations set for what was essentially billed as Life’s Last Stand.

This death ended the White Walkers’ run and set the show up to focus on its last living villain, Cersei Lannister, in its final three episodes. Economically, the storytelling couldn’t afford to devote any more time to them, which just points to the larger problems this show faces in its last season. Breaking away from the source material, George R. R. Martin’s “A Song of Ice and Fire” book series, showrunners David Benioff and D.B. Weiss had to consolidate the fate of an entire universe into six big episodes. Given the constraints, it was inevitable that many loose ends would be left untied, and it is hard to imagine any satisfying ending for a show that could theoretically never end. Yet the White Walkers seemed to provide that endpoint. They posed a threat of the end of the world, in a way that many have interpreted as an allusion to the current political discussions around impending environmental collapse. By dissipating that threat in one single episode—before ever expanding on the Night King’s true goals or motivations and before seriously providing the sense of true apocalypse that they warranted—the showrunners did a disservice to the fantastical world they have usually brought to life so well.

With the end of civilization so conveniently avoided, the show gets to return to its strong suit for its final stretch, which is character relationships and emotional beats. It is hard to believe that any fan of the show truly cares about the fate of the Night King or his army; they are in it for Jon’s unflinching heroism, Tyrion’s quips, or Arya’s stabbing (ha) sarcasm.

Benioff and Weiss knew this, and so they did away with the lingering existential threat as quickly as possible. It is unfortunate the show has to end, because as it has long established, whoever ends up on the throne will not last there forever. It is hard to see how the series finale will provide a sense of closure. Maybe it will end with a funny conversation between two adored characters, or even a passionate kiss between unexpected lovers. But due to the eradication of true danger, it most likely won’t end with any of the hard-hitting questions it started with.

Will Jacobson can be reached at wjacobson@wesleyan.edu.