Men’s Lacrosse Takes No. 1 in Preseason Rankings After 2018 Championship Run 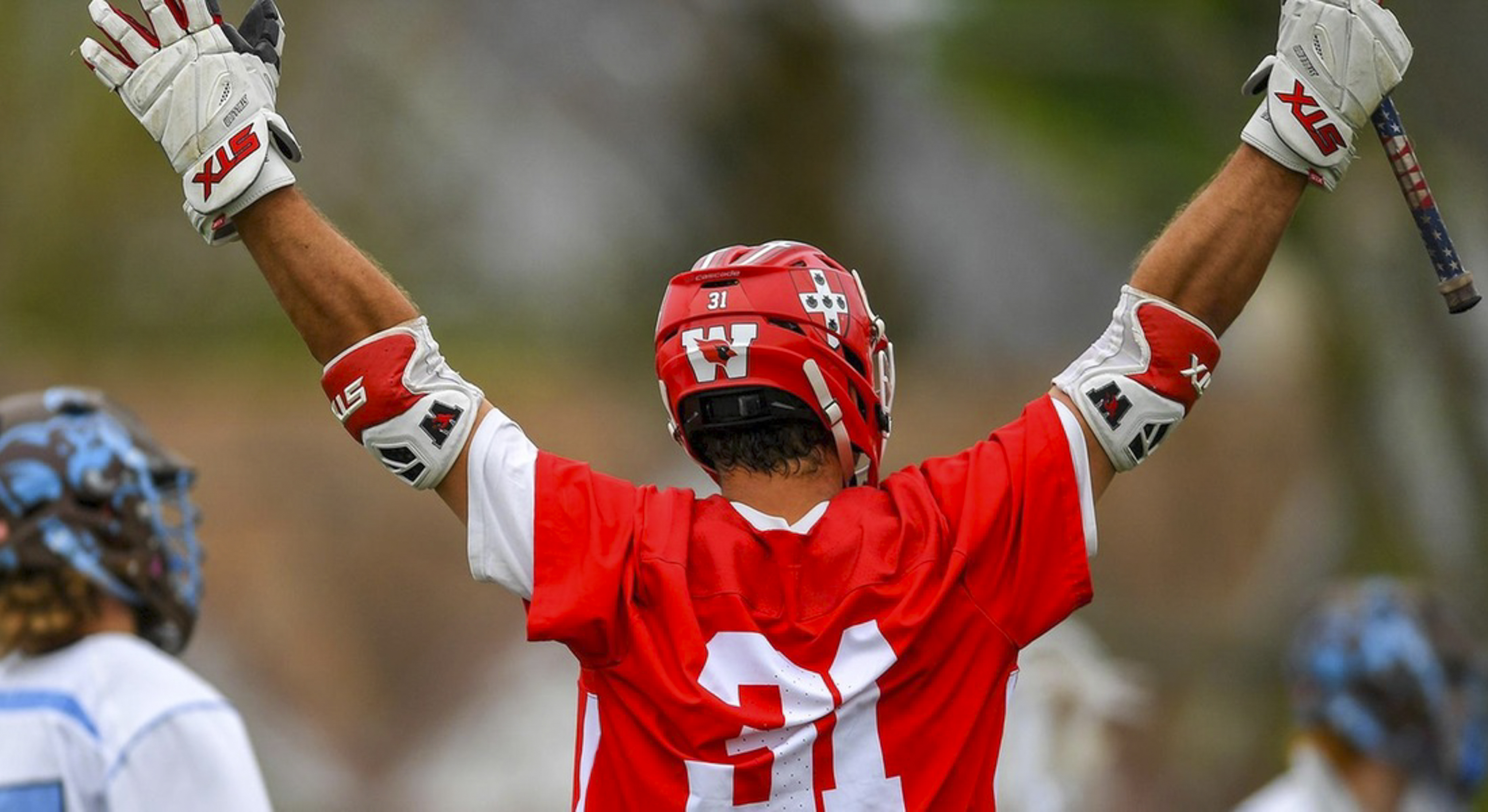 Men’s lacrosse has never really been the underdog. In fact, the team hasn’t had a losing record since most of Wes’ current senior class was born. But the 2018 men’s lacrosse run is still out of the ordinary–legendary, even–and has garnered the team the number one spot in Division III preseason rankings this year.

While the cold was brewing last winter, men’s lacrosse was coming off hot from a solid 2017 season. That year, the team triumphed with a 9-1 conference record, only losing to Bates right out of the gate in a close 15-14 matchup. The Cardinals picked up speed just three days later with an easy 20-6 victory against Roger Williams. Wins continued for the months to come, ending with a destructive defeat from Rochester Institute of Technology (RIT) at the NCAA Semifinals.

Just looking at statistics, the 2018 men’s lax run appears similar to their 2017 work. They maintained the same 9-1 conference record and even lost more games (okay, one more) than the year before for an overall 19-3 record. The team fell early in a close overtime matchup against Coast Guard but righted their wrongs from the previous year with a quick victory over Bates. With the Bobcats defeated, the Jumbos proved the Cardinals’ most difficult opponent. Wesleyan fell to Tufts 14-10 midway through the season, then again 12-9 as postseason competition drew near.

With a double loss to Tufts in the past, things looked grim going into the NCAA Quarterfinals for a third matchup with the Jumbos.

Wesleyan took an early lead with a goal from Taylor Ghesquiere ’18 yet faced a quick backlash from their opponent just a minute later. Former first year and NESCAC Rookie of the Year Ronan Jacoby ’21 responded with two back-to-back goals, lifting Wesleyan up 3-1. Tufts came back as the second quarter began, taking the totals to 3-3. The NESCAC foes were evenly matched as the score bounced back and forth for the rest of the game, each team making a big run with the other quickly coming back.

Tied 11-11 in the final quarter, the Cardinals fought off the Jumbos after Ghesquiere sunk a shot with just 20 seconds left to go, moving the team onto the NCAA Semifinals.

While one could call the victory against Tufts insane, awesome, or even just great, the Jumbo defeat was just the beginning of a beautiful journey to ultimate glory.

The Red Birds repeated history with a semifinal matchup against RIT, claiming a close 19-18 game before moving into the big leagues at Gillette Stadium in Foxborough, Mass.

Again, Wesleyan hasn’t gone into a season as an underdog for most of our lifetimes. But at the same time, Salisbury University wasn’t exactly new to the workings of big championship play; instead, the Seagulls were heading into the 2018 game scouting for their third straight title, and 13th in their program’s history.

The final matchup of the birds didn’t play out like many of the close games early in the season. The Cardinals flew out of the gate and soared to a 4-0 lead in just under eight minutes. The Seagulls, on the other hand, had some trouble flying and only came within one twice.

When the final buzzer blared on the Dirty Birds’ big stage, Wesleyan was winning 8-6. They won, and were named the Division III National Champions.

First, you wonder what all the acronyms stand for; then, you work to maintain and improve the program. Yet keeping up the success of the program means assessing the losses of the graduating class.

“Losing a lot of key players definitely changes any team and we are no exception to that,” Will Pilat, the team’s assistant coach and recruiting coordinator, said. “I think it has made our off-season much more competitive that a lot of players feel like they can step into those roles but need to show that they deserve the spot.”

The team lost 15 seniors, just about 30 percent of its formerly 51-member squad. Perhaps the most notable loss is Harry Stanton ’18. He was an offensive beast, to say the least, scoring the most goals in Wesleyan history, most goals per game, and most per career. He was named the Championship’s Most Outstanding Player and just received the honor of Bill Lee Male Athlete of the Year.

Although the goal scorer has set sail, the team’s still got some assists. Carter Hawthorne ’19 returns to the team for his final year, holding the record for the most assists in a season (66) and in his career (132 and counting). He’s also got brains; Hawthorne received the Elite 90 Award for obtaining the highest cumulative GPA of all players at the final.

Going forward, Pilat says to look out for “face-off man” Zach Zavalick ’20, midfielder Scott Irwin ’19, and Jacoby, the returning Rookie of the Year. The team has already started conditioning twice per week, with captains’ practices going until Feb. 15.

Wesleyan may hold first in the Nike/U.S. Lacrosse ranking for the season, but they’ve got fellow ’CAC competitors creeping up behind them. Amherst and Tufts hold third and fourth place, respectively, and are likely to prove tough opponents as the team heads back to the field.

“Just because we show up with Wesleyan on the uniform doesn’t guarantee any victory,” Pilat said. “You have to earn it.”