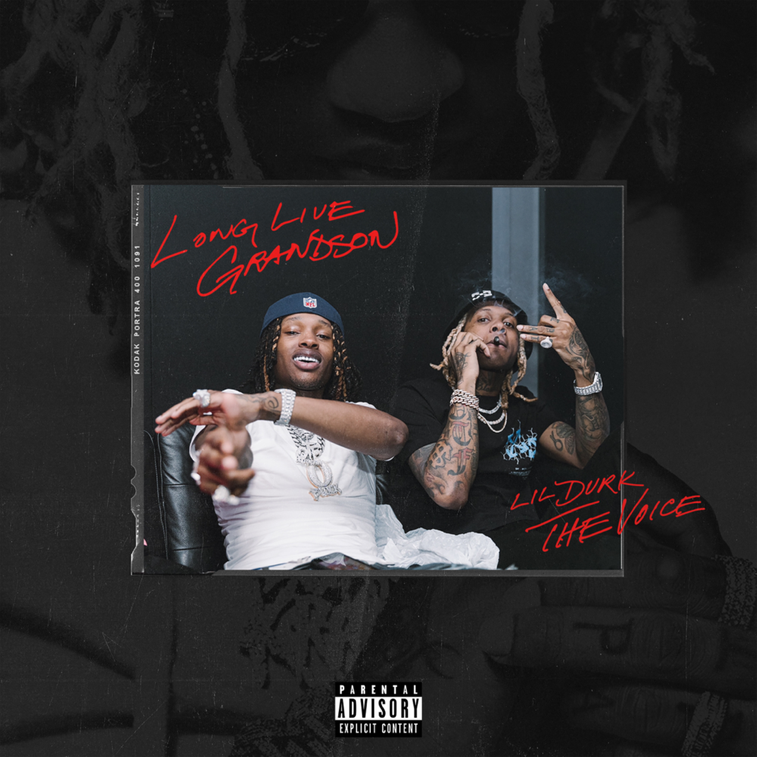 Chicago rapper Lil Durk delivers raw emotion on the deluxe version of his sixth studio album, The Voice. Released on Jan. 29, the new tracklist expands the album from 16 to 28 songs, clocking in at over an hour. Both The Voice and Lil Durk’s fifth studio album, Just Cause Y’all Waited 2, debuted at number two on the Billboard 200 Albums Chart, marking the highest achievements of his career so far. Dedicated to the late rapper, King Von, who was killed in an altercation with rapper Quando Rondo in November 2020, The Voice tells stories of hardship from being surrounded by violence.

As an artist, Lil Durk is a storyteller who utilizes melodic vocals to get his point across. Writing bars about overcoming poverty and surviving the streets of Chicago, he commonly uses emotional production that is driven by masterful pianos chords and mournful guitar lines, allowing him to pour his heart out on the album and express feelings of paranoia, heartbreak, and loneliness. The song “Death Ain’t Easy” showcases these stylistic choices perfectly, with Lil Durk singing about the ones he lost in his life. However, Lil Durk switches up his production selection occasionally to have harder tracks, like “Should’ve Ducked,” where he and Memphis rapper Pooh Shiesty spit over audacious keys and energetic trap drums about always keeping guns with them.

Many songs stick out on the album, such as the track “Kanye Krazy,” in which Lil Durk uses the phrase to signify how his career feels insane as he pays homage to the titular hip hop legend. The song was accompanied by a music video from prominent director Cole Bennet, known for his channel Lyrical Lemonade. The Bennet-directed video places Lil Durk in Kanye’s most iconic looks and moments, such as the white suit and ballerinas seen in the video for “Runaway.” and the Roblox- inspired costume from the “I Love It” video, or to the rapper’s more controversial moments, such as his infamous interruption of Taylor Swift at the 2009 VMAs and outburst during a 2013 interview with the radio show “Sway in the Morning.”

The album’s title track is essential for the project. Lil Durk starts the song off about facing his adversities alone, leaving him traumatized and losing faith in his friendships. He also reflects on how he is not able to vote, as he is a felon, as well as the hardships that quarantine has placed on rappers, such as a lack of consistent income.

The features compliment the album well. The album contains a posthumous feature from the late King Von over the hard track “Still Trappin,” which strays away from the emotional production from other songs and uses bassy piano notes and minimal drum production to create a banger that evidently displays the chemistry between the two rappers.  The deluxe version contains the Lil-Baby-assisted track, “Finesse Out the Gang Way,” which features triplet drum patterns and dramatic keys for a cinematic and grandiose beat. Despite Lil Durk’s great performance on the track, Lil Baby steals the show with a verse that brims with confidence and class. Similar to every feature he has done this past year, Lil Baby has made the track his own.

Anyone who listens to the track “Stay Down” will instantly fall in love with it. The production contains a glossy chord progression played by a Rhodes piano over a simple drum pattern, combining elements of hip-hop and R&B. The Metro Boomin-produced track is smooth and sleek. Featured rappers 6lack and Young Thug take on the track with their signature styles, with 6lack’s monotone delivery providing an atmospheric hook that enraptures the listener and transitions into the energetic verses, while Young Thug delivers one of his best features of the year with an addictive flow and delivery.

“Free Jamell” is a song dedicated to YNW Melly, who has been incarcerated since 2019, awaiting trial for murder later this year. The track features YNW Melly himself, where he sings about superficial people in his life not being there for him, and how he uses drugs to self-medicate and find peace. Lil Durk sings about the paranoia of dying, being unfaithful, and his legal battles.

Despite its many high points, The Voice suffers from an oversaturation of tracks. With the original album being 16 tracks already, an additional 12 tracks inflates it. Many of the songs were filler and do not add anything to the project. Though the emotional piano production style is outstanding, it would be nice to see Lil Durk explore different styles within trap and hip-hop. Certain tracks go away from his typical style that shows the potential of his versatility, which he can definitely strive for more in future records.

The Voice provides an engaging listening experience with melancholic songs, storytelling, and smooth hits. The Chicago rapper further pushes his career in hip-hop with a style that he is familiar with. Yet, to push himself further, Lil Durk should pursue new sounds and add more diverse tracks to his albums.