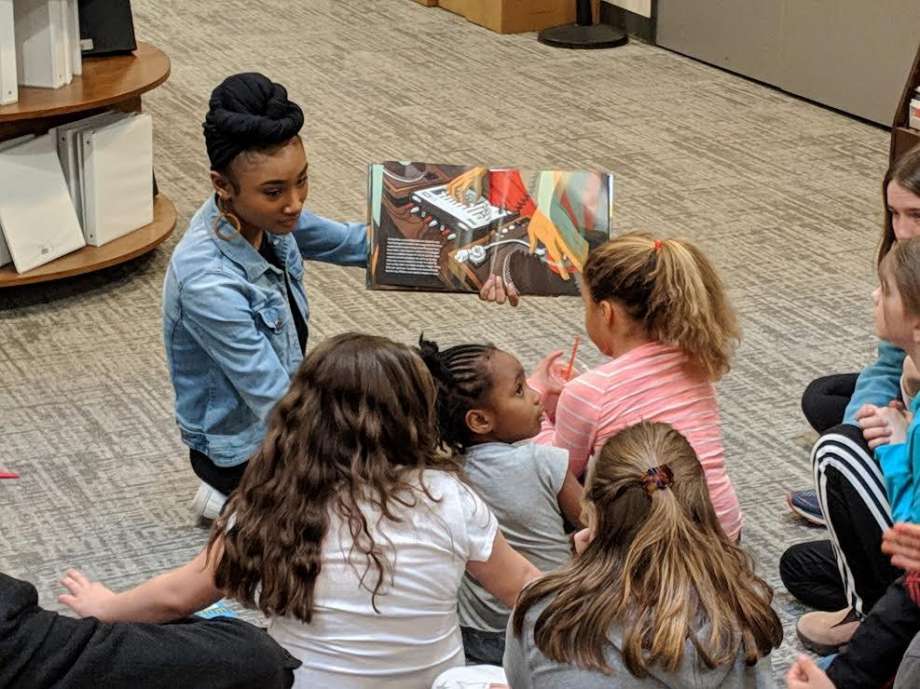 Note: Two Argus editors lead a class at Snow Elementary School through Cardinal Kids. Neither editor was involved in reporting this piece.

In 2017, the University-funded Green Street Teaching and Learning Center shut down. First opened in 2005, Green Street offered affordable after-school education and arts programs for low-income children living in Middletown. The center offered classes run by Wesleyan students, in addition to after-school childcare and community meetings for working parents. Its closure left a vacuum in more ways than one.

“We started light canvasses,” said Perez, who had been a student coordinator at Green Street. “We started petitioning the fall after the Green Street closure was announced, when Green Street was still in effect, but that got us nowhere.”

Closing Green Street has created a literal and figurative void in Middletown. The physical space was meant to be occupied by soup kitchen and community assistance center St. Vincent de Paul, but its fate has now been thrown into flux, after a breakdown in negotiations led to St. Vincent’s pulling out of the deal. The building itself was a geographic and social center for Middletown residents living on the North End. For both Wesleyan students and community members, Green Street’s closure also meant losing a major link between Middletown and the University.

“Wesleyan has a lot of community engagement ventures, but I think very few were as personal as Green Street was,” Perez said. “We were interacting regularly on a daily basis with Middletown families and there was a really beautiful bond that I think we formed in that building.”

With a rough start, Cardinal Kids’ development faced many obstacles, including difficulty with funding. The programs run through Green Street received a significant amount of financial support from the University—support that the Cardinal Kids coordinators did not have access to. They had to find other sources of funding, including a grant from the Patricelli Center for Social Entrepreneurship and a Supporting Effective Educator Development Grant from the Department of Education.

“It was really [Perez] who was the driving force behind the grant,” Middlebrook explained. “Once we had that money, we kind of started to formalize the idea of this teaching collective. And then we’ve received a lot of help, a lot of really valuable help from Clifton Watson and Diana Martinez and Rhea Drozdenko [in the Jewett Center for Community Partnerships]. They’ve been wonderful in helping us get funding and really helping us…there have been a lot of obstacles.”

These obstacles went beyond the initial funding issues. The next big challenge was finding a location for classes to take place.

“Our original idea was to have programming on campus,” Perez said. “But that was shot down very early because part of the University’s insurance policy stipulates that you can’t have kids, even professor’s kids, on campus.”

Today, Cardinal Kids operates out of multiple locations: the Wesleyan R.J. Julia Bookstore, Oddfellows Playhouse, and Snow Elementary School. At R.J. Julia, Cardinal Kids runs a variety of classes, from comic book making to science. At Oddfellows Playhouse, Middletown elementary school students are paired with a Wesleyan student as part of a music mentoring program. Snow Elementary School is holding classes for the first time this semester, with classes about theater and journalism taught by members of Second Stage and The Argus, respectively.

“I work with Oddfellows [Playhouse], which has sort of adopted part of the Green Street model, having after-school programs and actual classes,” Middlebrook said. “A lot of their families do depend on that after-school care, because they won’t be able to pick them up until five or six in the evening…. There is a difference in the things that those kids are able to access, and if it weren’t for programs like Oddfellows, that have been able to sort of absorb some of the kids from Green Street…there wouldn’t be this kind of support for parents who really do need it.”

“I also think you have to have programming that exists outside of the public school framework to really make it all work,” he said. “And it could be after-school programming at schools, like what we’re doing at Snow or what Snow has, but parents work long hours and don’t necessarily have time to help their kids with homework after school. There are people for whom that’s not the case, and they’re succeeding at a rate where those who don’t have the benefit of [parental time for homework help] aren’t.”

Zoe Austin ’22, who has helped coordinate the program since Chelmow’s and Murray’s graduation, emphasized the importance of sustained University student involvement.

“At R.J. Julia, I’m always there supervising,” she said. “But if we don’t have all of our TAs there or if the class is really exciting…I’m always there to TA in addition to just being there watching the kids and seeing what’s going on. If things aren’t going well, I see it.”

Austin, Middlebrook, and Perez currently run Cardinal Kids alongside Saoirse Lewis ’22. Having overcome many of the challenges they faced during the program’s development, they can now focus on expanding the organization through more partnerships with schools in the area, in particular the still-developing programs at Snow Elementary School.

“We still need to get it established, especially at Snow,” Lewis said. “We’ve just never done it before, so we want to see how that goes first.”

“I think we want to be able to grow our program,” Austin added. ”But also make sure it’s really good and we’re good at everything that we’re doing.”

The coordinators also share a mutual goal of strengthening their connection with the North End Action Team (NEAT), a community-based organization that they believe can help restore some of what was lost when Green Street was shuttered. Cardinal Kids partnered with NEAT this semester to start a new program, with an hour of arts and crafts and an hour of homework help every Saturday and Sunday morning.

“I think we would like [the NEAT] program to be the most functional continuity from Green Street, in that people walked home after Green Street, you know, it was that kind of a neighborhood venture,” Perez said. “So we want people to just walk on Saturday or Sunday mornings over to the NEAT office and then walk home.”

For students who were involved in Green Street, part of the draw was building genuine connections with the Middletown community—something that the Cardinal Kids coordinators hope to recreate with their program.

“It removes the ‘Wesleyan on the hill’ mentality, which is very much there, and is something that you notice if you have an off-campus job, just going back and forth between the two,” Middlebrook said.

“I think it’s very cool to have relationships with residents in the community,” she reflected. “There’s this one girl who would always come to our class last year at R.J. Julia, and we got to know her mom, and they would always hang out with us. We would not have known her otherwise had it not been for this program, so it’s really cool to just get to talk with people.”

“And just seeing them as just people living their lives,” Austin chimed in. “I just think that if people want to engage, they should just ask, what can I do?”

For these four, the answer to that question lies in the work still to be done.

“We definitely want to expand it, and take it to more schools, and get more people on board,” Lewis said. “A lot of people still don’t really know that our program exists, so that would be huge…. It’s also a very nice break to get away from the Wesleyan bubble and get to engage with the community and hang out with kids too, since we’re all around people our own age. It’s nice to see the world through a kid’s eyes.”

“I think recognizing that you live in Middletown is important,” Perez added. “There’s a human component to working in the community. And nothing is more human than talking with families and kids.”