After Green Street Closure, Students Attempt to Fill Its Role On Campus 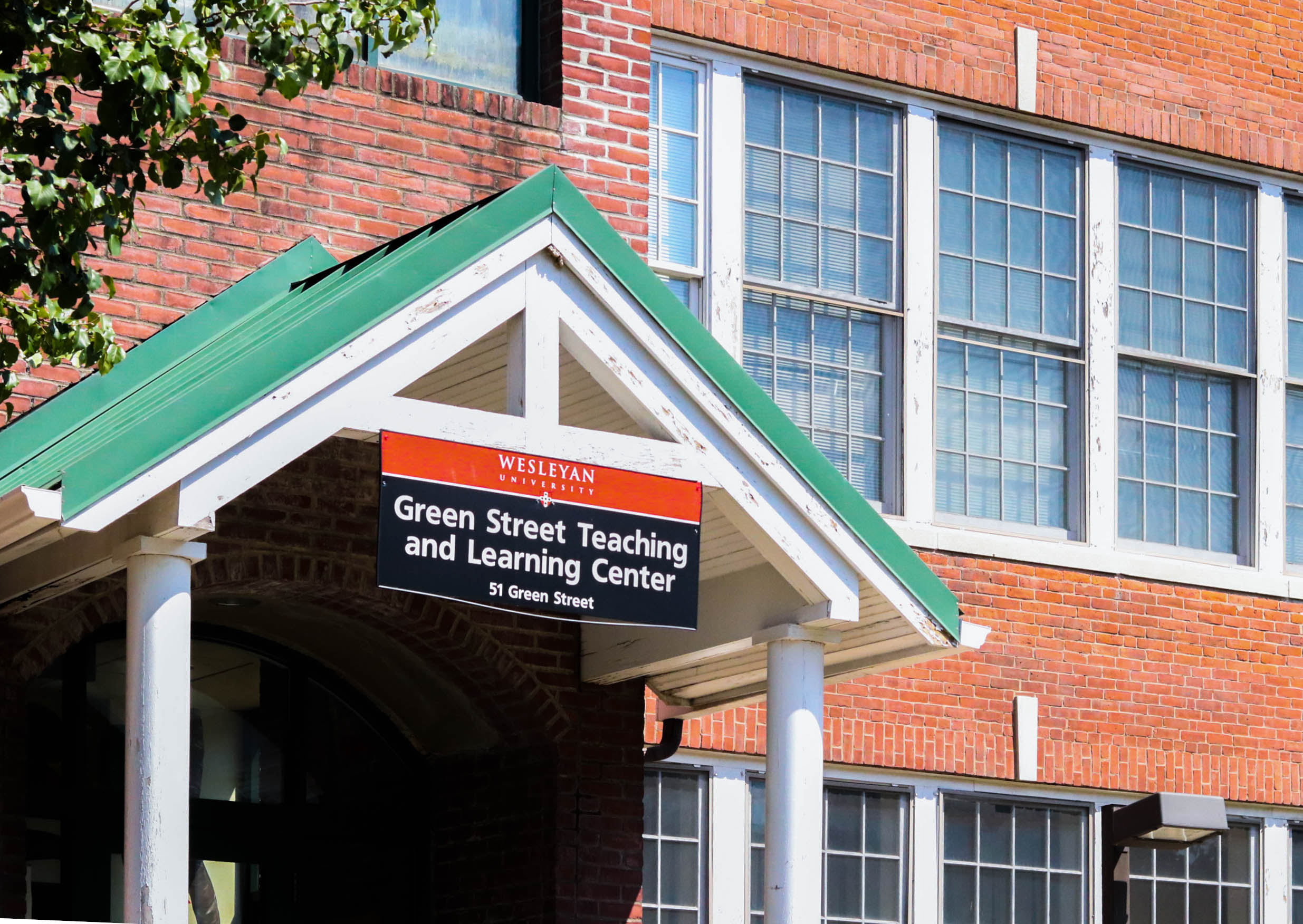 When Wesleyan announced the closure of the University-funded Green Street Teaching and Learning Center in June 2017, volunteers and Middletown residents expressed outrage and concern at the decision, which many saw as abrupt.

The University had invested $2.6 million in renovating the old school building in Middletown’s North End which housed Green Street, and the center had an annual budget of about $500,000 with a significant portion of the budget coming from grants, donations, and tuition. Roth cited the financial upkeep of the center as the main reason for the closure, writing that the University had contributed over $4 million to the programming. In light of the closure, the University committed to redistributing an amount of what would have been in the center’s budget to other relevant projects around campus.

“I think that collectively a lot of former people who worked at Green Street felt that there was a tremendous absence in the wake of Green Street’s closure,” Perez said. “We felt that the University had done an injustice and we wanted to rectify that, while simultaneously participate in a model of affordability.”

The coordinators are hoping to keep the costs of Cardinal Kids low by employing University students as opposed to full-time staff, and running the program on campus to cut the costs of building maintenance.

“The big qualm they had with Green Street was not the programming but the building itself, so the whole idea was to move the space on campus,” Chelmow said. “But that has brought its own problems, because having kids on campus is its own liability for the school.”

Although the coordinators had planned to get the program up and running in the fall after securing a $5,000 grant through the Patricelli Center for Social Entrepreneurship last spring, the coordinators said the creation of the program has hit obstacles as they are working on the logistics of what the new system will look like with the Office of Community Service.

“When we think about promoting programs, we think about a few things: invested leadership, which Cardinal Kids definitely has, whether they would be doing something different than what other groups are doing—which they would be in bringing kids to campus—and then whether we could take on the responsibility of the program, programmatically and logistically,” Assistant Director of the Office of Community Service Diana Martinez said. “For this program, most of the roadblocks that I’ve seen come up have been logistics.”

These logistics, Martinez said, include finding a space for the program and ensuring a consistency of volunteers throughout the school year, as well as the issues of liability in bringing children onto campus. She added that while the project has not found a staff member to head the program from semester to semester, she would feel safer as a parent and a staff member if there was a point person working with the program.

“I think it’s a great program and the student leaders are so invested and care so much,” Martinez said. “We do want them to get it off the ground, but my commitment at the end of the day is to community members, and I don’t want to start something that is going to flake out in a year because we didn’t plan for x, y, z and then things fall apart. I want whatever we do to be sustainable and to make sense.”

Middlebrook said that while the OCS has been supportive of the coordinators during the process, she believes that navigating the administrative structures to work on the logistics is on a different schedule than the student volunteers. The kids who participated in Green Street programming, she added, are aging, and as the students volunteers and coordinators of Green Street are moving through their time at the University, they are hoping to implement the program as soon as possible.

“It’s a lot of responsibility and it was part of the really amazing work that these adults were doing as a full-time job, and now it’s on the shoulders of four college students,” Middlebrook said. “We’re trying to fill that gap, but it’s a lot, and we’re learning as we’re going, so without that support from the University it’s going to be very hard to do that.”

“It’s a big waiting game,” Chelmow said. “We don’t know when we’re starting or even if we’re starting. We haven’t gotten concrete okays from anybody, so we’re hanging in limbo. We’re hiring and trying to find interest so that we can show that we have interest so we can open, but we can’t tell the people we’re hiring that they have a job in the spring necessarily. It’s hard to get people when you aren’t offering them an actual job.”

Perez said that despite the University’s proposal that closing Green Street would loosen the competition between after-school programming in Middletown, other after-school centers have been open to collaboration. As a first step in Cardinal Kids programming, the coordinators are working with Oddfellows Playhouse in Middletown to bring back musical mentoring, a service offered by Green Street in which children could have private music lessons with Wesleyan students. The coordinators have also reached out to MacDonough Elementary School and the University student-run Traverse Square after-school program for possible collaborations.

“We’re not really seeing the hyper-competitive youth-programming atmosphere that the University has described and told us exists,” Perez said.

According to Martinez, a portion of the money that would have gone to Green Street’s budget has been redistributed to create a new position in the OCS, as well as a small portion for the office’s operational budget. As for the remainder of the funds, the coordinators said they have not seen other groups on campus receiving bonuses.

“A clear line of communication between the administrators who publicly identify as the culprits for Green Street’s closure and us would be beneficial,” Perez said. “In the wake of Green Street’s closure, we all felt like a lot of promises were being given to us by the University, and I can’t name a single one that I feel is being delivered on…. The University owes all of the members of the community that it had generated this expectation of work with, to do something to fill the void it created and the void that existed before Wesleyan got involved and exists still.”