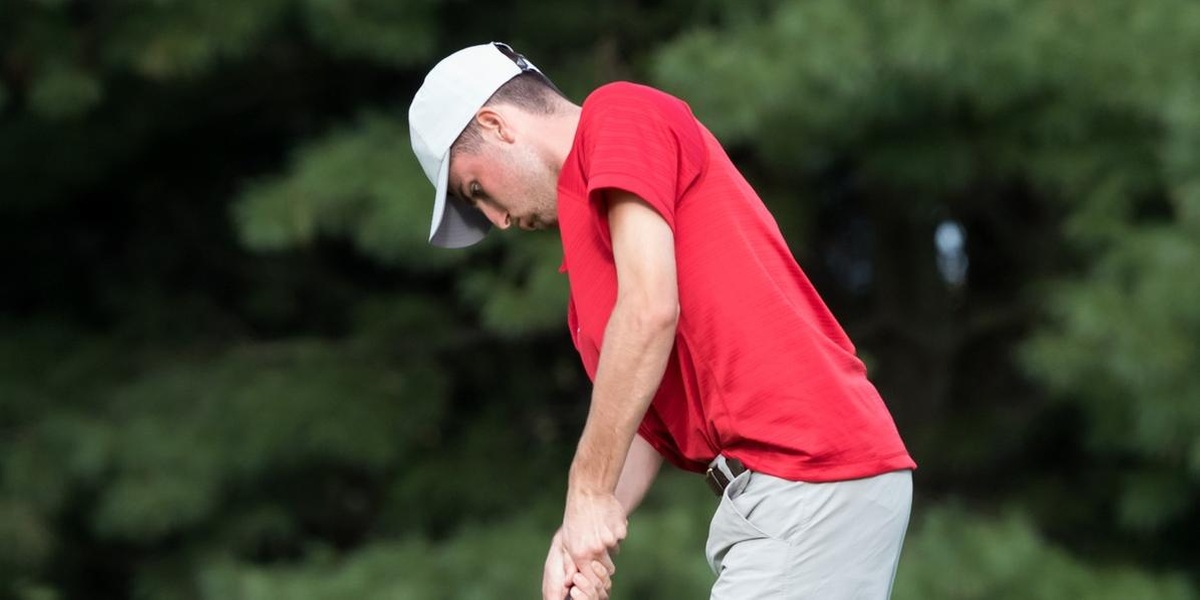 The Wesleyan men’s golf team competed in their second round of play this past weekend, deemed the Duke Nelson Tournament, and finished up in 22nd place out of 23 teams. The competition was hosted by Middlebury at the College’s Ralph Myhre Golf Course. The Cardinals faced tough competition all weekend, matching up against many of the Division III schools in the Northeast. The Red and Black squared off against the typical slew of liberal arts colleges as well as a big-city contender, New York University, who was the eventual champion of the tournament.

The team is a little disappointed with the results, as the squad finished second to last of the competing teams. Hopefully, they can turn that disappointment into motivation, as they have a tournament next weekend at the Williams Fall Invitational.

Captain Witdorchic was encouraged by the results, especially on Sunday, where the team as a whole shot much better than the previous week’s matchup. The team’s success is even more impressive considering the tough weather on the course.

“Conditions were tough the first day, with temperatures lower and the wind gusting,” Witdorchic said. “That being said, we put up pretty decent scores. The second day everyone played really well. As a team, I think our Sunday score was around 311, which is lower than Wes golf has shot in a long time. Given it was the second tournament of the year, it’s really encouraging to see how everyone’s game is coming together going into NESCACs.”

Just looking at the scores on Sunday, the team’s improvement is notable, boding extremely well going forward. The team is notable for its crop of young talent, with its three leading scorers this past weekend being two first years and a sophomore.

One of those first years, Kraft, was tough on himself, but is excited to keep improving going forward.

“I don’t feel great about my performance last weekend,” Kraft said. “I struggled with my tee shots and making putts around the greens, but I am still recovering from time off during orientation week and adjusting to all the changes that come with starting college. After this week’s practice, I am feeling better prepared for the next tournament and ready to play some good golf.”

Kraft looks forward to future competition, both on a personal level and for the team.

“We have a lot of young talent on the team this year, so if I can do my part and put up a good number and my teammates do theirs, we have a really good chance at qualifying for NESCAC [Championships],” he said.

It’s a tough challenge for the new players to come in and perform so soon after beginning college. Kraft is optimistic, though, based on his experience with the team so far.

“The tournaments have been awesome,” Kraft said. “It’s been really fun to travel with the team and get to know the guys a little better. College golf is different, because most of the guys are older than me, but I really like the competition. I also think that Wes golf hasn’t even come close to our ceiling and we are still putting up team scores that the team hasn’t seen in a few years. With some time and adjustment, we’re going to start to piece things together and really surprise some people.”

The Red and Black project confidence going forward, exuding a positive energy that Witdorchic, the team’s mighty leader, has no doubt instilled. The four-year Wes golf veteran pushes the players in practice and, as a result, the entire team pushes each other to be better. The Cardinals still have two more tournaments for the rest of the year as well as the NESCAC Championships ahead—assuming, of course, all goes well at the qualifier.

“I think one thing we can all take away from this weekend was the consistency of our play,” Witdorchic said, looking ahead to future play. “Everyone was striking the ball well, and no one had any really bad days/scores. In fact, most of us improved from Saturday to Sunday. If we can home in on that during practice this week, we should have a great tournament this weekend at Williams.”