Food Rescue Coordinators Talk Past and Future of Program 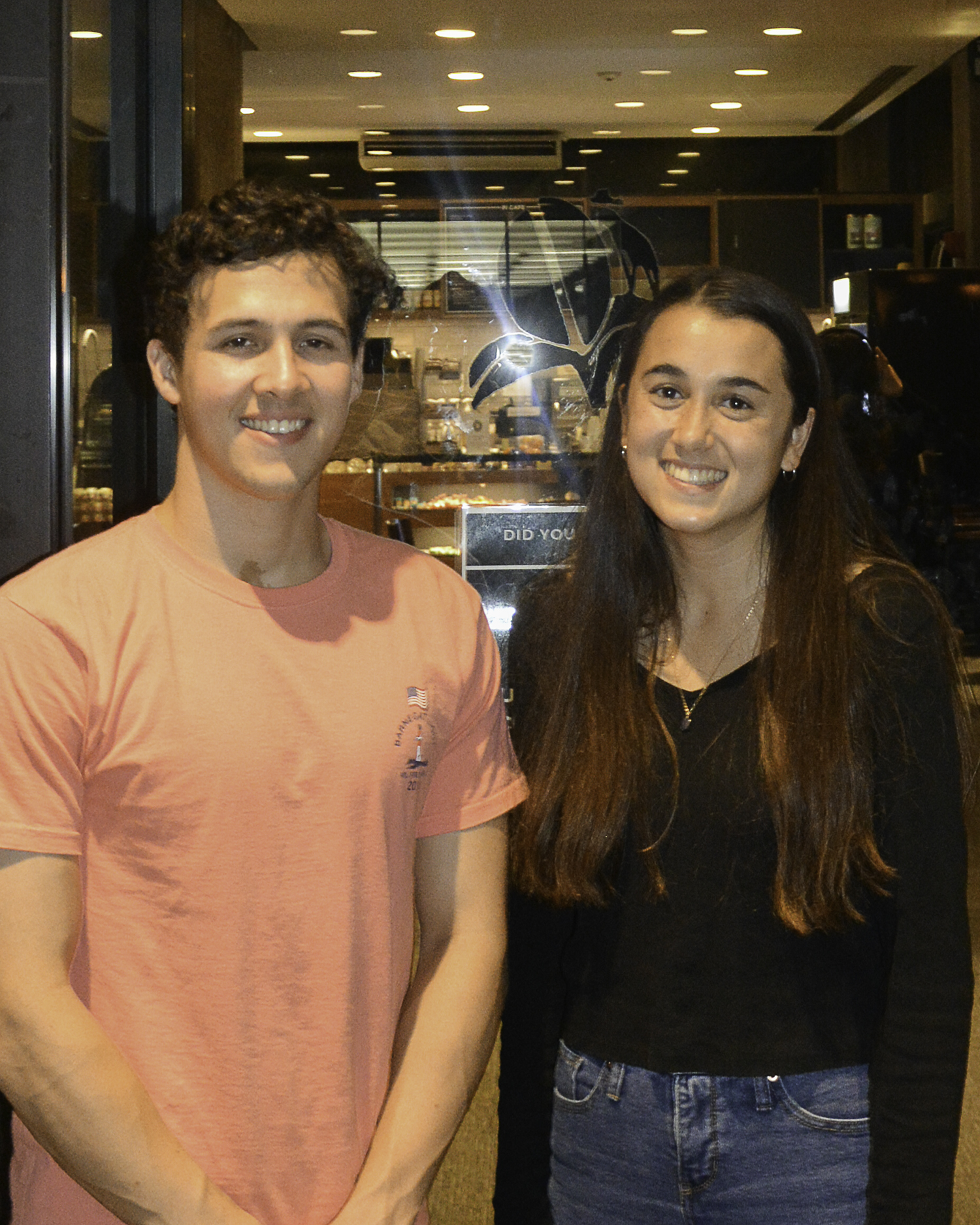 As another school year gets into the swing of things, so too does Wesleyan Food Rescue: a student-run organization that collects leftover food to help minimize food waste and deliver it to those in need.

Each day, volunteers take shifts to pick up food from the various eateries across campus: specifically Usdan, Summerfields, and Pi Cafe. The food is then brought to the Eddy Shelter, an emergency shelter located in Middletown at 1 Labella Circle, approximately seven minutes away from campus by car.

Though Food Rescue itself began unofficially in 2008, it wasn’t until later that it solidified into a group resembling the one today.

“I believe that the program was restarted in 2012 after a few years’ hiatus and we’ve been going strong ever since,” explained Dillon Noone ’20, who is one of the three Food Rescue coordinators for the 2019-2020 school year alongside Gina Gwiazda ’22 and Claire Isenegger ’21. “We’ve built our relationship with the Eddy Shelter, and it’s really strong and positive.”

As the only source of food for the Eddy Shelter, Wesleyan’s Food Rescue program plays a very important role in their operation.

“A lot of the members of the community who are serviced by Eddy have a source of income, but it is not enough to sustainably afford housing,” Noone said. “If they really had to, they could find housing somewhere, but it would be amazingly economically devastating. That’s why Eddy exists.”

Staffed entirely by student volunteers, Food Rescue does two things: preventing Wesleyan’s excess food from being wasted and providing that food to people who need it. In the past, the group has been effective in its mission, saving nearly 2,500 pounds of food waste throughout the 2018-2019 school year.

Food waste has been a huge issue on campus, and the leaders of Wesleyan Food Rescue said they have seen this wastefulness firsthand.

“Summies is a crazy place to go if you’re interested in seeing how much waste is generated,” Noones said. “Literally people will go, order a burrito, and leave, and at the end of the night there’s just a mountain of burritos.”

“Some days you have to make multiple trips to the car carrying trays and trays of food, and that’s just spectacular,” Gwiazda added.

This year, the coordinators plan to expand their involvement with the shelter, as well as continue the tradition of the Hunger Banquet, an annual event put on by Habitat for Humanity and Bread Salvage aimed to inform students about global hunger.

At the beginning of the banquet, each attendant is assigned a different socioeconomic status: high, low, or middle.

“You receive food in a certain order according to your socioeconomic status,” Gwiazda explained. “We have a whole discussion about food waste, and also hunger and homelessness within Middletown. And the whole Middletown community is also invited to the event.”

In addition to maintaining relationships with the shelter and Middletown, the coordinators are hoping to find a way to consistently provide food for the shelter, even when students leave campus.

“We don’t do it on the breaks, although we’re trying to figure out if there’s a way we could,” Gwiazda stated. “But a lot of the dining options on campus aren’t open during breaks.”

As the school year picks up and dining halls continue to produce more and more food, the coordinators have been focused on rallying volunteers so that the shifts can officially start.

“Anyone can volunteer,” Gwiazda emphasized. “We have both volunteering positions for drivers and non-drivers. There is one driver per shift that is required, but we have a lot of people who can get involved who don’t have cars. We’re currently looking for more drivers, especially for Pi.”

The coordinators also explained how the mere 30-minute commitment can go a long way toward helping others and getting involved in the Middletown community.

“I think the most salient thing to take away from Food Rescue is that you can always be doing something,” Noones said. “Even a small ‘rescue’ is significant for people who need it. And really, if you have the opportunity to not waste food and give it back to someone who will actually benefit from it, it will be a major impact on these people’s lives.”

The coordinators look forward to continuing to work towards their goal of eliminating food waste on campus, aiding both the environment and the Middletown community.