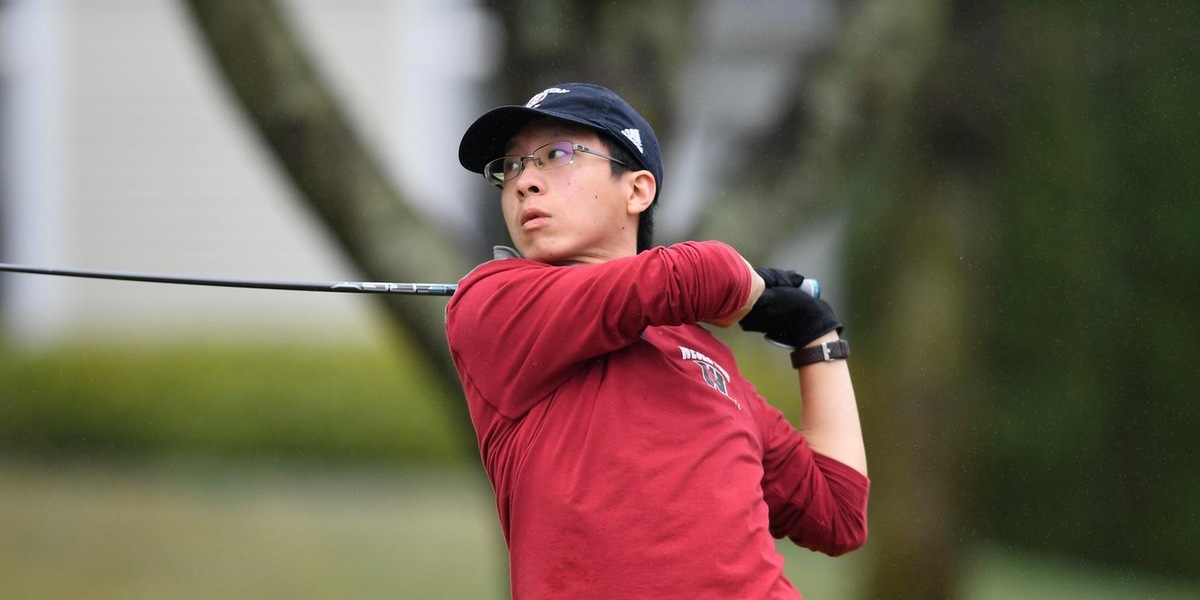 Although we’re barely a week into the semester, the men’s golf team is already up and swinging. The Red and Black got their season started at the Detrick Invitational, hosted by Trinity College at Indian Hill Country Club in Newington, Conn. The first tournament of the year was less than ideal for the program, with the Cards finishing in 9th place out of 10 teams over the weekend. However, the optimism of a new season and the start of the school year is still strong, and there is a lot to build off of for the Cardinals.

Noah Cate ’22 had a strong weekend and was the team’s low scorer, shooting a two-day score of 160, good for a tie for 31st out of 59 competitors. He was one of the strongest performers for the team last year, leading the team in scoring three times, and looks to buoy his impressive first year into an even better second year with the team.

The team has much to be excited about the new recruits. Two first-years, Daniel Kraft and Jacob Fain, were right on Cate’s tail, with 161s each, a strong first showing. Mike Dunderdale ’23 was not far behind with a 167. Rounding out the team’s four newcomers was Gabriel Mirelez ’23, who finished with a 184.

In spite of the low ranking, Captain Elliot Witdorchic ’20 was happy with the team’s first fall performance.

“The invite went really well!” Witdorchic said. “Our scores were better than they have been in the past, so I’m excited to see how the rest of our tournaments go in the coming weeks. It’s a little early in the semester, but most of us have been playing consistently over the summer, so our games are pretty intact.”

Going forward, as the season gets busier, Witdorchic is confident that the team’s results will only improve.

“It was the first tournament, so [the new team members] can probably score better given the new setting and feeling a bit of pressure,” the senior said. “Once we settle into the semester, I have no doubt everyone’s scores will get better. Additionally, our practices will improve. Given we’ve only had a week before our first tournament, once we get into a rhythm and habit with our practices, our games will only get better.”

The Cardinals have three more tournaments on their schedule for the fall semester. The team has a lot of depth in their lineup with 11 total members: two grad students, two seniors, two juniors, one sophomore, and four first years. Only eight players can play during a team tournament; the competition for a tournament spot will no doubt push everyone on the team to get better.

The season is a compact and busy one, as the team plays each weekend in September. Next up for the team is the Duke Nelson Tournament, hosted by Middlebury on the 14th and 15th, followed by the Williams Fall Invitational at Taconic Golf Club in Williamstown, Mass. on the 21st and 22nd. The Fall season is capped off by the NESCAC Championship qualifier hosted by Tufts on 28th and 29th.

Witdorchic is looking forward to the pressure of NESCAC play.

“This fall, I’m most excited about the NESCAC qualifier,” Witdorchic said. “It’s at a course near Boston, and I think we’re poised to do much better than we have in the past, hopefully securing a spot in the NESCAC Tournament in the spring. Our first-year recruits will definitely help get us there. Each of them had at least one impressive score this weekend at the tournament.”

That is also the focus of Coach Jeff Gilarde, who has been with the program since 2003 and has been head coach for six years.

“We’re looking to capture a spot in the NESCAC Championship this year with a strong performance at fall qualifier,” Coach Gilarde wrote in a preview of the season.

As a captain, Witdorchic has seen the program grow and improve. He’s more than happy with where he is leaving it in his final season.

“Looking back on the past four years, Wes golf has come far,” he said. “I’ve had great teammates my entire time playing at Wes, and each class has brought its own unique personality to the team. Over the last few years, as we have improved, the athletic department has finally started to put resources back into recruiting for golf, both for the men’s and women’s teams. For the future of golf at Wes, this is awesome news, and it makes the last four years at Wes seem that much more satisfying.”

Emilio Weber can be reached ejweber@wesleyan.edu.