It wasn’t by any stroke of luck that these first years earned Miranda’s attention. The three were selected from a competitive pool of writers, poets, and playwrights to win the University’s Hamilton Prize for creativity. This is the first year that a monetary prize has been awarded to multiple first years.

Tjeltveit received a full four-year scholarship to Wesleyan for her one-act play, “Five Steps.” She said the play puts a twist on the classical characters Hades and Persephone, placing them in a much more modern context.

“The way I describe it is: It’s Hades and Persephone, except Persephone is a self-care guru trying to cure Hades’ depression,” she said.

Tjeltveit started working on creative pieces with the Hamilton prize in mind during the summer before her senior year of high school, months before the Jan. 1 deadline for the competition. She developed a dark, symbolic short story that she intended to submit but decided to scrap it in mid-December.

“I realized halfway through December that I hated that story and it was terrible,” she said. “I ended up just writing a comedy and having fun with it. I figured that there was no possible way I would ever win, but I could make my professors laugh, which was the goal.” 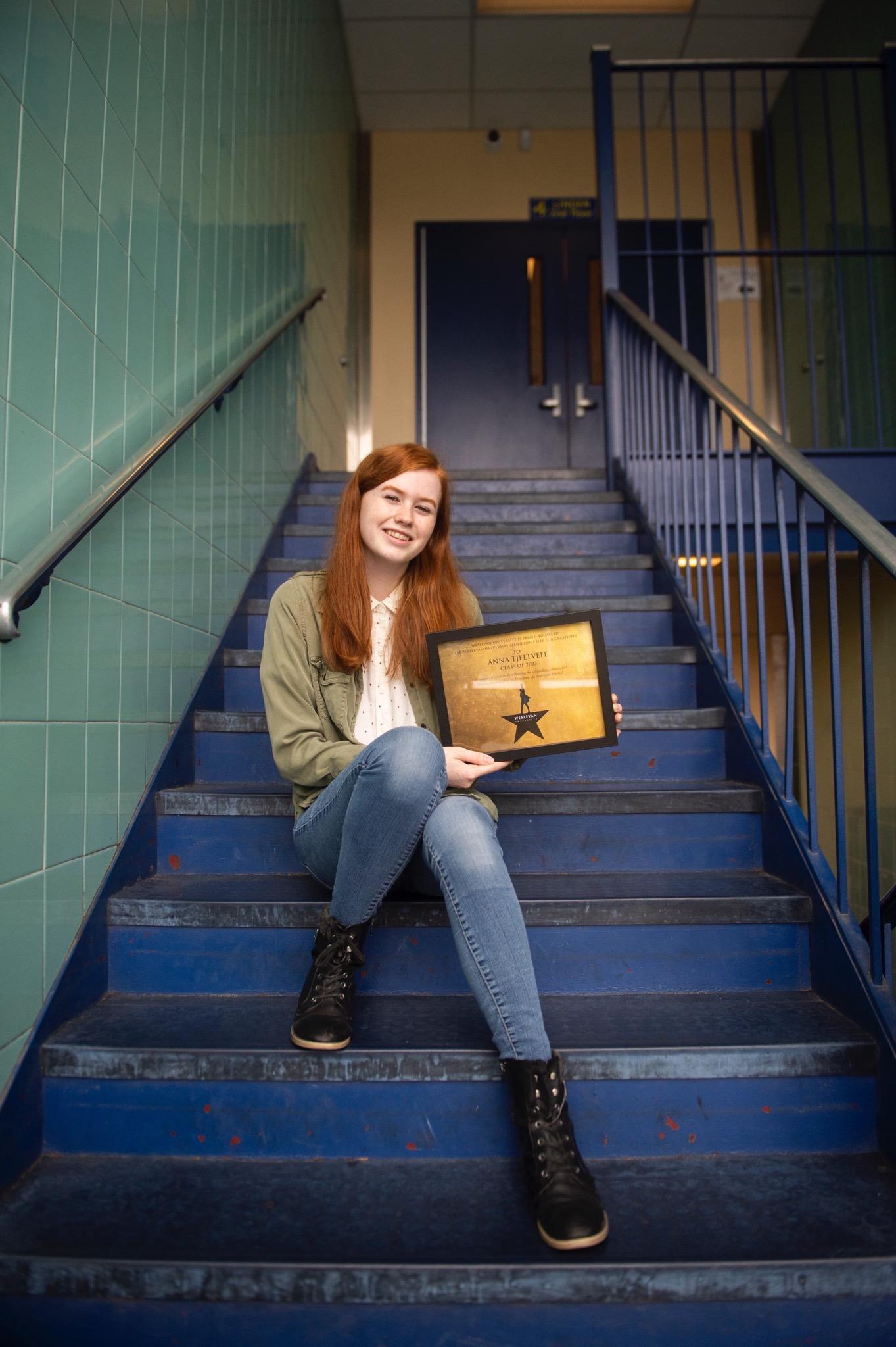 Tjeltveit said that, though she does not have much experience writing comedy, she drew on a classic contrast as a basis for the humor in her play.

“What first inspired me to do Hades and Persephone was that I really like the comedic archetype of really dark over-dramatically depressing characters contrasted with super happy bubbly types,” she said. “That’s really funny to me.”

From there, Tjeltveit’s innate sense of humor seems to have taken over, manifesting in the details of the characters and the plot. For example, she mentioned that Persephone carries a different tote bag every time she enters the scene.

“I wrote so many vegetable puns,” Tjeltveit said, through giggles.

Tjeltveit said that she learned that her piece won the grand prize through a phone call from University President Michael Roth ’78, which she had to schedule in advance around her crowded high school schedule.

“I was sitting there terrified,” Tjeltveit said. “I actually recorded my reaction. I have a video, but it’s really embarrassing, so I haven’t showed it to anyone. He called me and said, ‘This is my favorite phone call of the year to make.’ I was just insanely happy about it. I told everybody I knew.”

Also immensely happy to receive a phone call from Roth was Goco, who was awarded honorable mention and a $5,000 stipend. Like Tjeltveit’s play, Goco said that his work is also comedic in tone. However, his characters are anything but classical: His comic strip, “Billy the Pop,” stars a popsicle, a talking turtle, and a human boy. 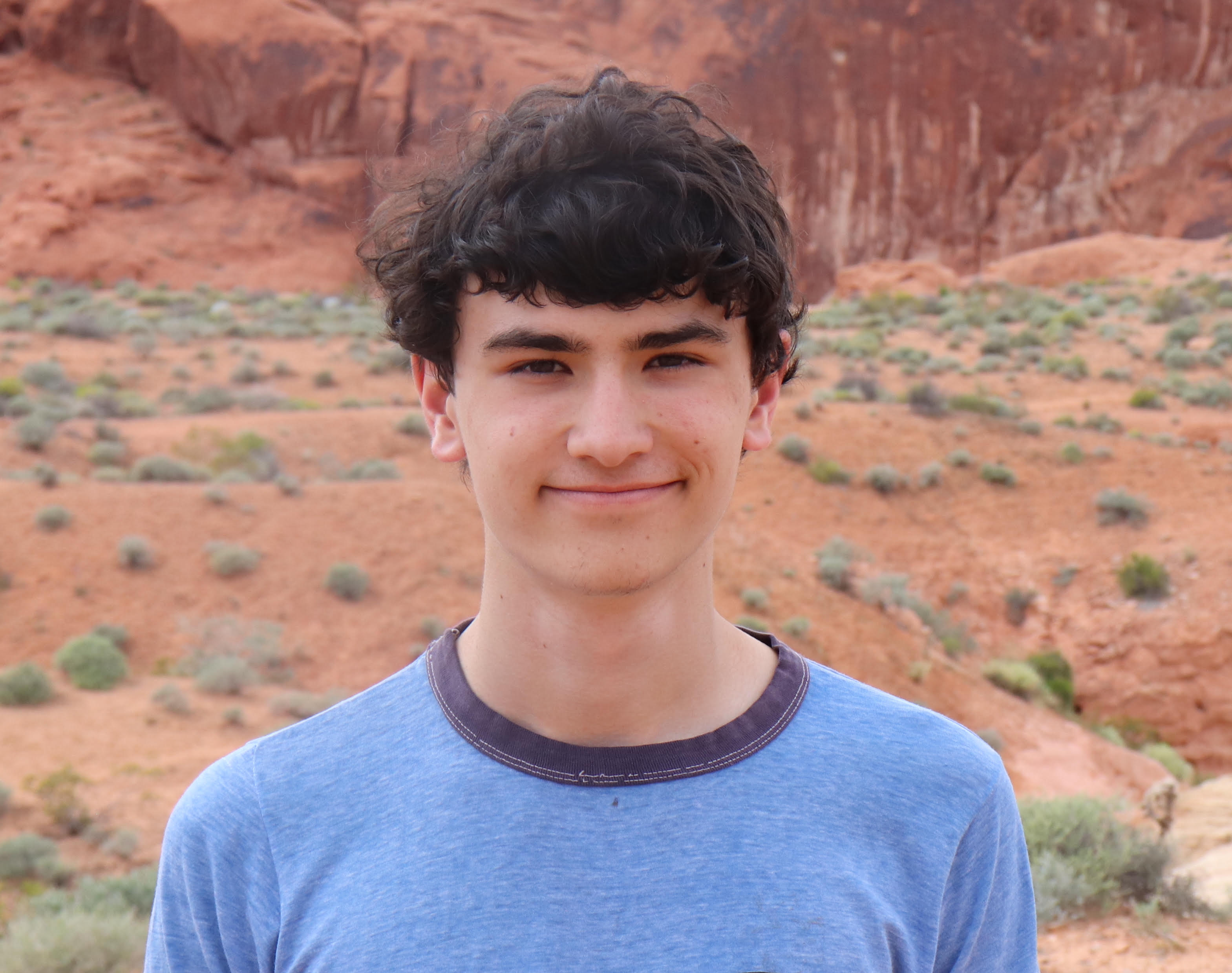 In order to create his professional-grade visuals, Goco draws his characters and writes the dialogue by hand before digitizing the comics, sometimes adding color on the computer, and publishing them on his website, billythepop.blogspot.com. Goco said that he has been working on the comic strip since seventh grade.

“I tried my hand at drawing little comic strips in class, but I wanted to commit to something more long form, to see if I could actually handle the responsibility of posting regularly,” Goco said. “It was mainly just an experiment to see if I could do something like that, and luckily it ended up working out and I had a pretty good time making them.”

Goco said that he submitted a handful of samples from his large collection of comic strips for the Hamilton prize. He explained one in which Billy, the leading popsicle, builds a fort to prepare for the zombie apocalypse.

“The way it worked was Billy was describing it as a shelter for zombies so they built this fort out of pillows and put in some snacks and a TV, but it was really just supposed to be a man-cave for Billy,” Goco said. “To me, that was one of the most well-structured ones from a comedy view.”

Goco said that some of his all-time favorite comic strips are “Calvin and Hobbes,” “Pearls Before Swine,” and more recently, “Krazy Kat.” These comics, which feature the escapades of larger-than-life and lovable characters, inspired him to create and produce “Billy the Pop.”

Togut, who was also awarded an honorable mention and a stipend, took an entirely different approach to his submission. His winning work was a collection of five poems, titled “Arpeggios,” “Pipe Dreams,” “Frost,” “Meditations,” and “Verse.”

Togut said that his poems are tied together thematically, contemplating queer identity in a modern social and political climate.

“[The collection] kind of explores the personal and political dimensions of the queerness, growing up in a politically fraught time,” Togut said. “But also I would say it’s very introspective. It also talks about isolation.”

Unlike Tjeltveit, who wrote specifically for the prize, and Goco, who had amassed many years of creative work, Togut said that his submission was a last-minute decision. 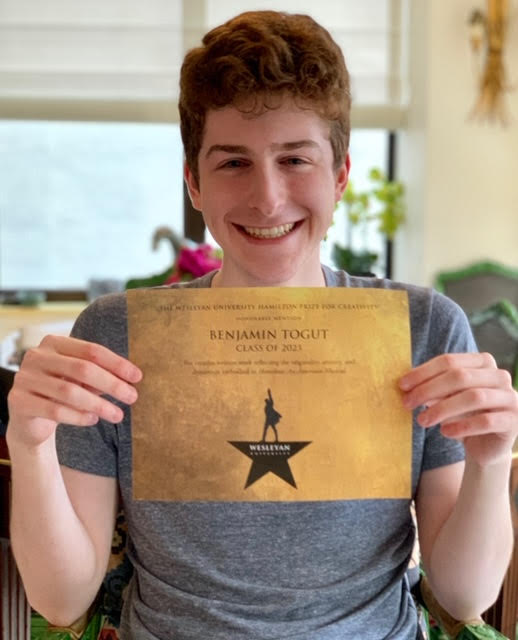 “I really did not expect anything,” Togut said. “I was just like, let me cobble together a packet of poems, and I’ll send it out. But I’m glad that they resonated with Wesleyan faculty and the selection committee, especially among a group of people and artists that I really admire.”

Togut said that he often begins his creative process with a line or an image, and then allows his poetry to flow from there.

“For me, it’s something that I don’t try to force,” he said. “I feel like as I’ve matured as a writer; I’ve let myself make more mistakes and not worry about everything being perfect the first time around…. There’s so much freedom in editing, which I’ve only recently started to embrace.”

As far as inspiration to put pen to paper, Togut said that he often draws on the world around him.

“I’m inspired by a lot of different things,” Togut said. “Lyrics from songs…. Sometimes I’ll write a poem, and it’ll have a very subtle reference to a song I was listening to or something else, and it just kind of pops up. Also events, stuff that’s on the news, personal experiences, that kind of stuff.”

All three Hamilton Prize recipients said that they are looking forward to beginning classes at Wesleyan and intend to continue producing creative work in their various veins.

In fact, Tjeltveit said that she is already working on her next play.

“I’m working on something right now that’s about a 14-year-old girl trying to start a cult in rural Pennsylvania, because cult leaders are very charismatic and great leaders, and she wants to be a great leader,” she explained.

“She’s a little misguided,” Tjeltveit added with a smile.