Loving Late Night: A Thank-You From the Heart 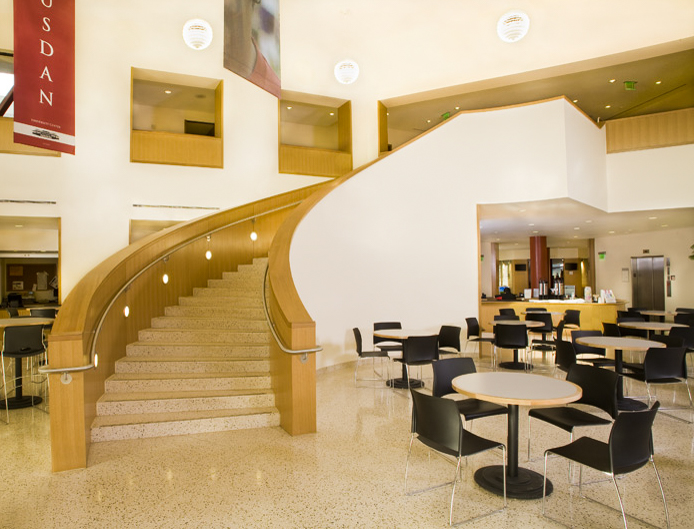 Late Night holds a special place in the hearts of many Wesleyan students, including mine. It’s become my go-to place for dinner when I’m too lazy to cook and too tired to deal with the raucousness of Usdan at dinnertime. Late Night doesn’t feel as much like cafeteria dining even though it’s in the same old Marketplace; this might be because of how few people there usually are at Late Night, even at rush-hour. The space just feels more private and home-like than it does at lunch or dinner. It’s at Late Night that I sometimes get my first proper meal of the day, so this undeniably contributes to my love of the food there: hunger is the best spice. When eating at Late Night I often wonder what it must be like to work there; you take a lot of orders with fewer staff than usual and do so late into the night. Late Night is open seven days a week from 9:30 p.m. to 1 a.m., so that’s a three-and-a-half-hour shift, minus the time it takes to prepare ingredients. The staff who makes Late Night happen has given me, and I’m sure many of you, a lot of deeply satisfying and much-needed meals over the years, so I want this article to be a thank-you to them, from us.

True to its name, Late Night is Wesleyan’s answer to the question of what to do with students like me who often like to eat late. Its menu has undergone certain changes over the past few years, but its core components have remained constant. I was told by staff that these minute menu changes are simply a result of certain dishes not selling as well as others. As a customer, you don’t often think about how much work goes into preparing ingredients for service time, but the answer is: it’s a lot. Consequently, it only makes sense to prep for what’s going to sell. Long-time Late Night staff say the most consistently popular dishes are:

I was interested to know whether or not members of Late Night staff chose to work at such hours, even on weekends, and wasn’t surprised to hear from Matt, a Late Night staff member working the register, that shifts for Late Night are often distributed through a system of seniority. This system is used for a few jobs at the Marketplace; staff with seniority are not assigned shifts at Late Night or at the omelet stations during weekend brunch hours. With Late Night shifts assigned this way, the system illustrates that these employees deserve a particular appreciation from us. The Late Night kitchen is staffed with only two full-time members and one student worker, so they must be especially efficient and well organized during rush hours.

According to staff, students who come to Late Night seem more joyful and less stressed than those who go to Usdan during regular dinner hours. This surprised me because I often arrive at Late Night in a daze of stress and exhaustion that only their food can bring me out of.

Apparently, some students come to Late Night in varying degrees of liquid and/or herbal intoxication which undoubtedly contributes to the laid-back atmosphere of the place. Despite this, though it has not happened in many years, there have been times when certain students have been banned from Late Night for disrespecting staff. The warmth of Late Night staff should not be taken advantage of, and Late Night management does not tolerate disrespect from students. Disrespecting any member of Wesleyan staff is deplorable, but there’s something especially awful about disrespecting people who are missing the chance to say goodnight to their families and losing a fair amount of sleep in order to accommodate us.

Late Night is still looking for student workers to work certain weekend shifts, and applications can be picked up at the cashier’s desk every night during Late Night hours. Thank you to all Late Night staff for your work, and a special thanks to Matt, George, and one other Late Night employee for speaking with me and helping me shape this article.