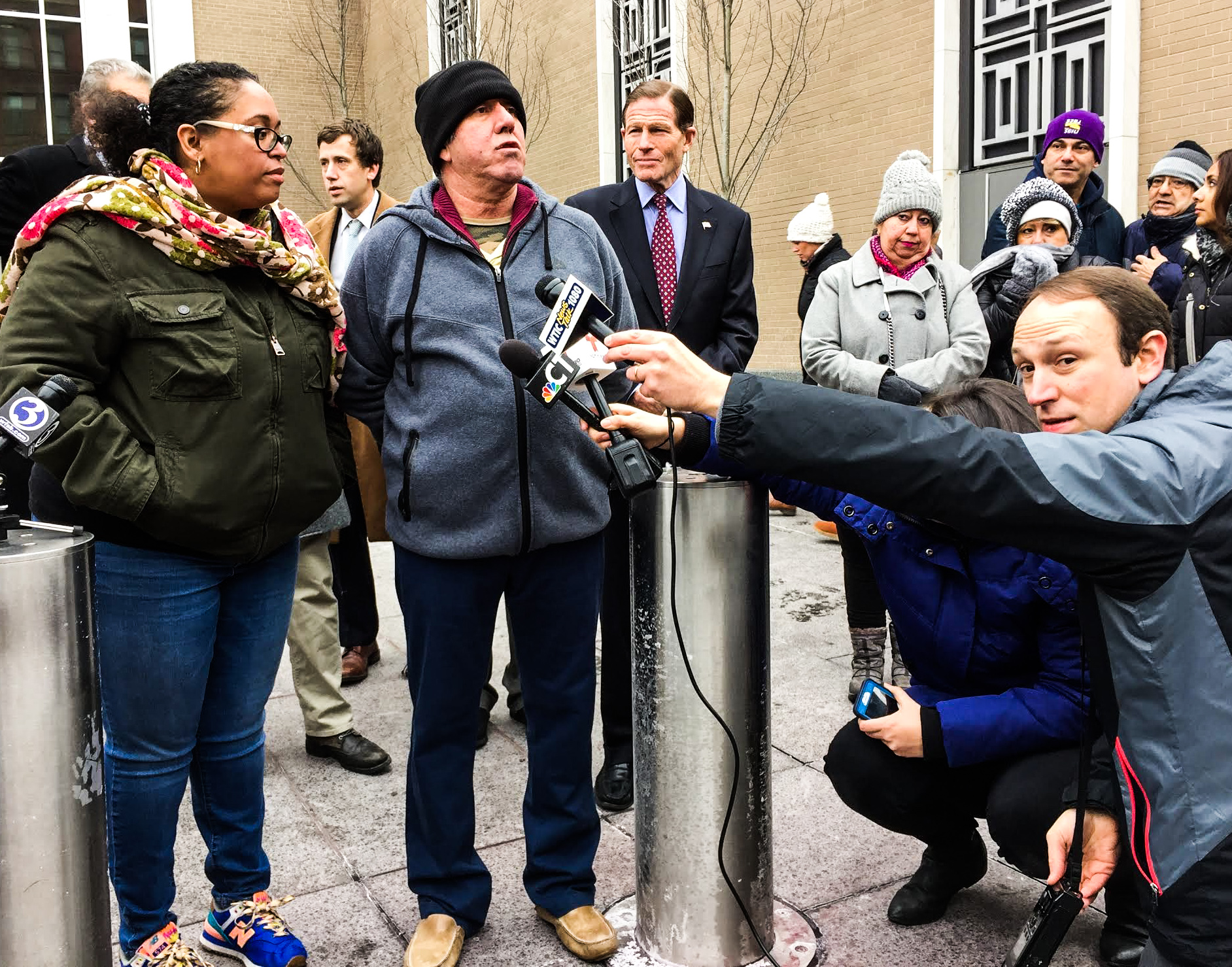 Acosta will not be held in detention by ICE. Instead, he has been fitted with an ankle bracelet after his ICE check-in on Monday, Dec. 18.

Acosta initially fled Colombia due to direct threats on his life and was forced to leave his wife and children behind, as previously reported by The Argus. Acosta has been living in the United States for 16 years. He is the primary caregiver for his 82-year-old mother and works at the University as a janitor in Science Library (SciLi), where his expertise as a former high school teacher and friendly demeanor give him the opportunity to help students with their homework.

Acosta is awaiting more information from ICE about whether or not he will be permitted to stay in the United States. He has been granted annual stays of removal in previous years, but when he went to his yearly ICE check-in this past November, he was informed that he would be deported. His attorney, Manuel Nieves, was optimistic about the chances that his stay of removal would get reapproved. Nieves recalled a meeting that Acosta had in November in which an officer suggested that communicating Acosta’s role in caring for his mother and the potential dangers of returning to Colombia at this check-in may sway his case in his favor.

Acosta has fully complied with ICE. If his stay of removal is granted, he will be able to live and most likely work in the United States until his next ICE check-in in 2018. 32BJ Senior Communications Associate Franklin Soults, who attended the rally, said that they would most likely explore all available legal avenues and noted that it was a good sign that Acosta had not been detained.

Acosta’s mother, who is a U.S. citizen, has also petitioned for him to obtain a visa or green card on the basis of her citizenship. The backlog for this particular type of visa, granted to the adult children of American citizens, is typically eight years, and Acosta has already been waiting for approximately three or four, according to Nieves. Nieves indicated that they are focusing on this visa request as opposed to another application for political asylum, recalling that Acosta’s previous asylum application was denied back in 2008.

At the rally, Connecticut State Representative Edwin Vargas spoke to the attendees.

“We’ve had a great, successful record in making sure that the people we’ve supported here are not deported,” Vargas told the crowd, referring to previous rallies that have been held in front of the Hartford ICE Field Office. “We have, as a matter of fact, an unbroken record. So it shows that, when the community gathers, the community has the strength to send a message.”

Several speakers addressed Acosta and the crowd, citing his compassion in caring for his ailing mother and in helping University students with their homework. The speakers noted the direct threats to his life that caused Acosta to flee Colombia. Most commented on the strength that comes from the community working together, the cruel effects that the Trump Administration’s anti-immigration sentiments have had, and that to deport Acosta and other immigrants is un-American.

“When Trump was elected, he said he would go after the murderers and rapists,” Vargas said. “They haven’t been going after any criminals.”

“I am proud to stand here in support of Francisco with all of you, to raise our voices for a compassionate, common-sense approach to immigration,” said Hartford Mayor Bronin. “And to ask ICE and to ask the Trump Administration to look themselves in the mirror and ask whether they really think that what they’re doing makes America better or stronger, because we know it does not.”

“The role of government should be to assess risk and mitigate harm, and in decisions like removing someone like Francisco, we’re actually creating more negative outcomes than we could ever be avoiding,” she said.

Martinez then translated for Acosta, who addressed the crowd.

“Spanning my family, we have about 40 American citizens and 40 American residents,” Acosta said via Martinez. “In Colombia, I only have my wife, who I’ve only communicated with by telephone for the last 16 years. I have two children who have gone to live in Europe. By coming here, I lost my wife and my children. Now, if I were to go to Colombia, I would also lose my mother…. I am grateful to everyone who’s here, to the reporters, to everyone, who’s not just here for me but for everyone else who’s in the similar situation of being deported.”

32BJ Leader Hernandez and Attorney Nieves confirmed that nothing about Acosta’s situation has changed in the past year, with Nieves adding that no cause was provided for ICE’s decision to deport Acosta.

University students, faculty, and professors came to show their support, including May Klug ’19 and Tomás Rogel ’19, who are both members of the University’s United Student-Labor Action Coalition (USLAC).

“There’s not [much of a] sanctuary if it’s only within the Wesleyan walls,” Rogel said, in reference to President Michael Roth ’78 declaring the University a sanctuary campus last year. “We also have to make sure that the people in Wesleyan are safe.”

Roth has spoken out in support of Acosta in a blog post published on Dec. 15.

“Wesleyan has tried to be helpful to Francisco, and we will continue to reach out to his union and attorney to see how we can be most useful,” Roth wrote. “I am contacting key congressional members to enlist their support, and we will do our best to reverse what seems to be an unjust, mean-spirited effort to deport a valued member of our community.”

Per ICE’s earlier instructions, Acosta has purchased a plane ticket to Colombia for Jan. 15. Nieves said that he expects updates from ICE on Acosta’s immigration status in the next few days.

This is a developing story and will be updated as more information becomes available.