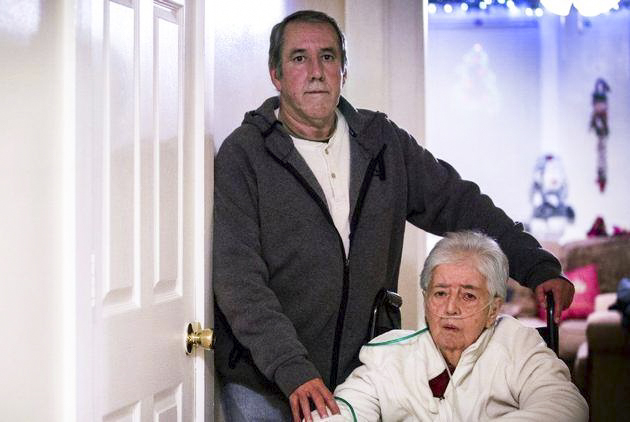 University janitor Francisco Acosta came to the United States in 2001. The Colombia native was a teacher and union advocate who fled his home country in the midst of a bloody civil war after government forces began murdering political dissidents. He had hoped that his wife and teenage sons would eventually join him in the U.S. However, on Monday, Dec. 18, he faces deportation.

“I am not a threat to the U.S.,” Mr. Acosta told the Hartford Courant in a story this morning. “My record is clean. I am not a delinquent. In the time I have lived in the U.S., I have always worked and always paid my taxes.”

This past Tuesday, University students Emma Llano ’19 and Belen Rodriguez ’19 shared a co-authored statement of support for Mr. Acosta. In the two days since the petition was released, it has gained over 200 signatures from faculty and staff spanning nearly every academic and administrative department. Prominent University signatories include Class of 2020 Dean David Phillips, Anthropology Department Chair Margot Weiss, and President Michael Roth ’78.

“Wesleyan University faculty and staff stand in solidarity with Francisco and support his right to stay in this country,” the petition reads. “We value him as a member of the Wesleyan community and demand that he is given a stay of deportation. We have been working with him and his union [32BJ SEIU] to gather support from Wesleyan faculty and students.”

This afternoon, students and faculty took to social media to express outrage over the deportation order, widely sharing the Courant’s story.

The University’s administration is also considering strategies to assist Mr. Acosta in his efforts to remain in the country.

“This situation is very troubling,” President Roth wrote in an email to The Argus. “We are actively exploring ways to be helpful to Mr. Acosta and have reached out to his attorney. I’m also contacting our Senators in Connecticut to ask for support. There’s a petition currently circulating, which I have signed and encourage others to do the same.”

Back in 2001, Mr. Acosta began applying for political asylum after arriving in El Paso, Texas following a three-day trip across the United States’ southern border. After waiting on a verdict in his asylum plea for seven years, his immigration lawyers informed him that his request had officially been denied.

While he was in the process of appealing the case, Mr. Acosta moved to Connecticut to be closer to family members living in the area. Shortly after arriving in the state, he took a job as a janitor at the University. He is now the only member of his family in America, which includes his mother and four of his brothers, who has not become a legal resident of the United States. Mr. Acosta’s mother is an 82 year old fighting cancer, and he is concerned that she will not receive the necessary care if he is forced to leave Connecticut.

“I am one of the principal people who care for her,” Mr. Acosta told the Courant. “Because I am alone here, I have more time to help her. In Colombia now, I don’t really have anything or anyone.”

Mr. Acosta makes annual check-ins with a Citizenship and Immigration Services office in Hartford and has consistently had his applications for work authorizations and stays of removal approved. However, on Nov. 20, 2017, his requests were denied and he was given three weeks to leave the country. ICE agents mandated that he report back to the office on Dec. 18 with a one-way ticket to Colombia.

Mr. Acosta has become a fixture in the University community since arriving on campus. Trained as a high school physics and chemistry teacher in Colombia, he has been known to collaborate with students on their scientific pursuits.

“Don Francisco and I met recently in sci li (Science Library) when I overheard him speaking to another student in Spanish about chemistry,” wrote Marty Rubin ’18 in a Facebook message to The Argus. “We struck up a conversation and have been friendly ever since. He always takes a minute to ask me how I am and tell me about how he is doing before he goes back to work. On his breaks, he will recite to me the periodic table of elements in Spanish by memory. He always brightens my day when we chat. He once remembered that I had interviewed [for a job] and asked me two days later how it went. His kindness is unparalleled.”

Mr. Acosta has been planning to take English classes since coming to the University, but instead, has sent money back to Colombia to pay for his son’s college and graduate educations.

Other students have forged deeply personal relationships with Mr. Acosta.

“I met him at sunrise one morning when I was finishing an assignment,” Eduardo Centeno ’19 said. “He came up and asked what I was working on and we started speaking in Spanish. We talked about environmental science and his teaching in Colombia. My dad is in the janitorial business, so I have been around custodians a lot. I felt very comfortable around him. We talked about life, and coming to America – my parents are also immigrants.”

Centeno encountered Mr. Acosta in Exley Science Center shortly after hearing about his deportation order. He saw his friend, Luke Davoren ’18, speaking with Mr. Acosta and trying to connect him with an immigration lawyer his parents knew. Centeno quickly began translating the conversation from Spanish to English.

“I was really surprised and bummed out when I saw [the petition] on FB,” Centeno said. “It really hits home, I know people in his situation and his case is a familiar one…. I saw him talking to Luke right after I found out. It’s really cool to see how powerful people working together can be.”

Mr. Acosta’s deportation notice comes amid a flurry of executive orders from the White House designed to embolden U.S. Immigration and Customs Enforcement (ICE). President Donald Trump advocated for the aggressive enforcement of federal immigration laws on the campaign trail and he has largely made good on that promise. According to ICE’s 2017 Enforcement and Removal Operations Report, the agency has made 33,336 more administrative arrests this year than in Fiscal Year 2016 and has increased the issuing of federal detainers by 81 percent. In October, the White House released a list of “Immigration Principles and Policies” to serve as a guideline for its negotiations with Congress. One policy goal is a reform of the nation’s asylum system, which would institute harsher penalties for asylum fraud and the accelerated deportation of unaccompanied minors who are processed at the border.

President Trump has also threatened to pull federal funding from cities and private institutions that declare themselves “sanctuaries” in order to shield undocumented immigrants from immigration laws. University President Michael Roth declared Wesleyan a sanctuary campus on Nov. 20, 2016. The University’s decision has garnered considerable attention, from both scholarly and popular observers. On Nov. 22, 2016, President Roth appeared on Tucker Carlson Tonight to debate the merits of sanctuary campuses.

University students have protested ICE’s efforts to deport Connecticut residents on two separate occasions in the past year.

Acosta’s lawyer is expected to try to reopen his asylum case this week and file additional petitions to renew his stay of removal. If his attorney fails, Acosta has purchased a one-way plane ticket to Colombia, scheduled for Jan. 15. His case remains pending until Monday.

“This morning he was very nervous,” Rubin wrote. “He just wants people to send positive thoughts and prayers for his case.”

This is a developing story and will be updated as more information becomes available.

Emmet Teran contributed reporting to this article. He can be reached at eteran@wesleyan.edu and on Twitter @ETerannosaurus.