A Year of Rebuilding for Red Feather Studio

May 2, 2022, by Irene Westfall, Contributing Writer

Wesleyan’s student-run recording studio, Red Feather, is making a comeback this semester. The club has managed to reinvent itself despite numerous obstacles, and is now happily back to recording student artists—and even a vocal part for Sammy Rae and the Friends. Members hope to rebuild a community dedicated to creating and recording music at Wesleyan. Now, Red Feather 2.0 is charting its own path, and members say that’s a good thing.

Red Feather Studio (which I joined last fall) is located in the basement of the University Organizing Center (UOC) at 190 High St., a building whose upper floors serve as meeting spaces for a variety of activist groups on campus. Red Feather members meet every Sunday in the UOC to discuss upcoming activities and potential budget requests for new equipment, exchange tips for recording, and to build community generally. 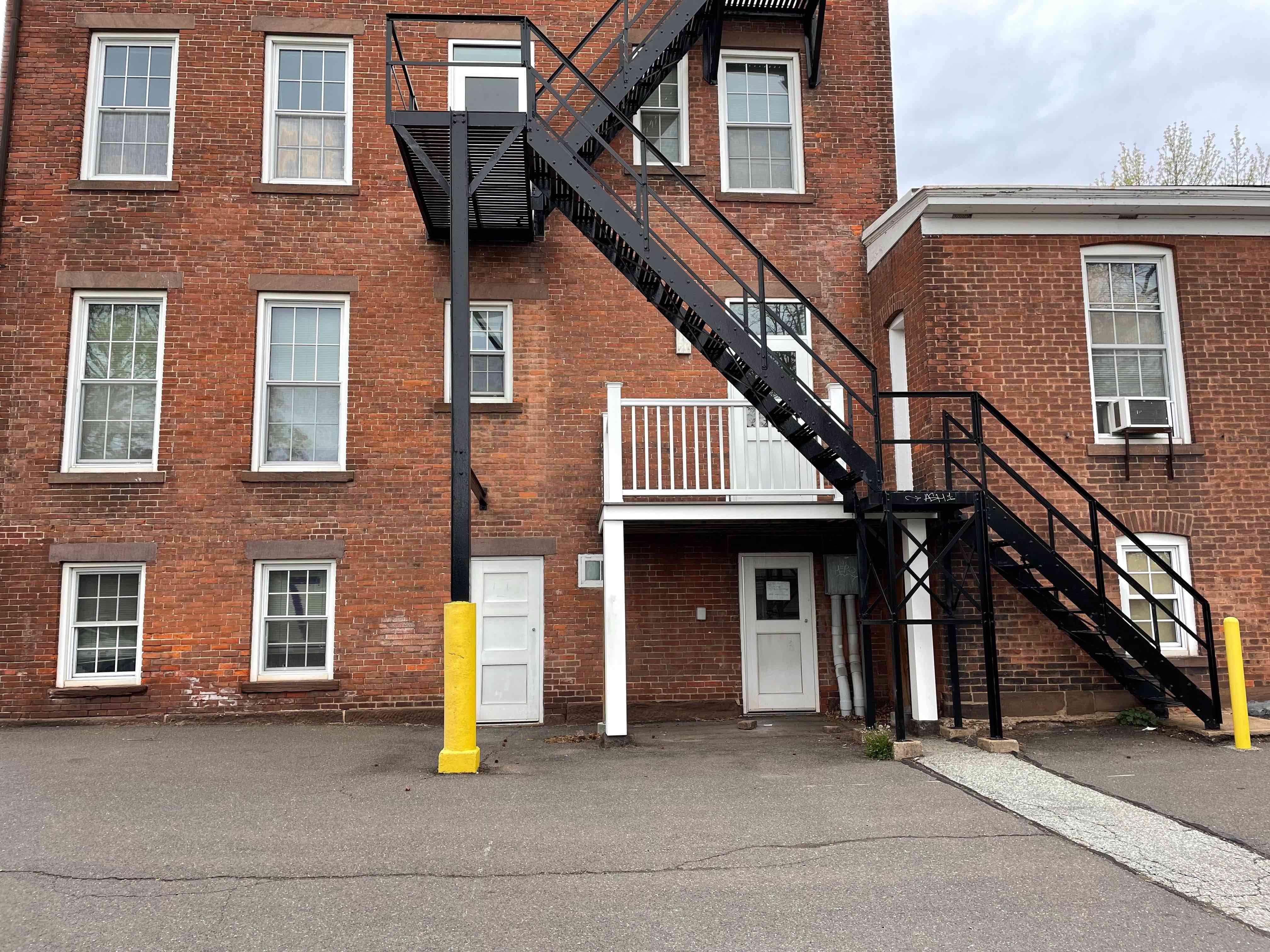 Most of the club activity takes place outside of those meetings, when Red Feather members, after attending a training session in the studio, use the space to pursue personal projects and record other student artists. The studio’s successful revival is the result of dedicated work on the part of its members after numerous setbacks.

Before the pandemic, Red Feather was a much larger club than it is today, according to head engineer Sam Eaton ’22. Eaton recalled that, during their freshman and sophomore year, Red Feather’s meetings typically attracted up to 30 people, with the studio booking multiple recording sessions per week. Weekly meetings were dedicated to assigning Red Feather engineers to student bands or artists who had requested recording sessions. Once the session was booked, Red Feather engineers would meet artists in the studio and help them record music, sometimes for many hours. The work was intensive and in high demand.

According to Liang and other members I spoke to, Red Feather was a well-known institution in the Wesleyan music scene. That popularity had its downsides, though: engineers often worked long and late hours, and the work was unpaid. Moreover, the frequency with which the studio booked recording sessions meant that introductory trainings for new engineers could be difficult to schedule.

“It was impossible finding a time where people were available to train you,” Jalen Lee ’23 said.

Lee joined Red Feather as a first year with little recording experience and found that the busy environment was not conducive to preparing new members for the demands of recording other artists. Kevin Goldberg ’23 recalled a similar experience from freshman year.

“You had a couple of training sessions, and then you were kind of expected to record student musicians,” Goldberg said. “Which for me, that’s actually what scared me away.”

Goldberg had recording experience from high school, but worried that his relative lack of expertise could be a liability for student artists coming to Red Feather for help.

Despite these issues, everyone I spoke with emphasized that Red Feather was a vibrant, dedicated community of engineers and musicians. And in a campus music scene that, as some members noted, tends to skew male, Red Feather had many female-identifying members and leaders.

When the campus closed in March 2020, all clubs had to shut down or go remote. The following fall, when students returned to campus, many clubs were able to pivot to an online format. However, playing and recording music in small rooms with little ventilation was impossible to accomplish under last year’s COVID-19 restrictions.

“Red Feather completely stopped,” Liang said. “And slowly things sort of started to open back up, but we really kept it very quiet…Only the admin team was on the key list last year, at least for the fall and into the beginning of the spring.”

Additionally, Liang noted that much of Red Feather’s junior and senior leaders had graduated the previous spring.

That left only a handful of younger admins to maintain the studio’s knowledge base and presence on campus. In spring 2021, Liang and Eaton met with Matt Rubinstein ’21, the then-financial manager of Red Feather, and Chloé Malushaga ’21, then-head engineer.

“We all sort of started talking about what the changing of the guard, so to speak, would look like, and how we might revive [Red Feather],” Liang said. “And honestly, a huge way that came about was just word of mouth.”

Recording experience isn’t a prerequisite to join Red Feather, and these initial rounds of outreach sought to attract people who could help build back up Red Feather’s recording expertise.

The group began reaching out to music majors and others likely to have some recording experience, like students taking recording and sound design classes. Lee recalled being approached last spring by Eaton and Liang, who assured him that the club would run in a more informal and open-ended way than it had before the pandemic.

Others found their way to the studio through word-of-mouth in the fall. However, as new people began to come to meetings and gain access to the studio, more setbacks arose. In October, Frank Ribli ’23 and I were recording in Red Feather when we discovered water seeping from the walls in Room B1. Luckily, the leak had only soaked the carpet, sparing B1’s audio interface, drum set, and other pieces of water-sensitive musical equipment.

We alerted Eaton and Liang to the issue, who learned from Physical Plant that the room was susceptible to recurrent leaks. Not only would the mildewy rugs have to be thrown out, but all the equipment needed to be moved.

“Musical equipment is generally not very waterproof,” Liang said. “So that immediately became a problem. Luckily, we were able to coordinate with the Textbook Exchange Program (TEP), who has been using B3, to be able to share that space.”

With the input of Wesleyan Student Assembly (WSA) members, including Sophie Chang ’24, Hazel Allison-Way ’24, and Ben Garfield ’22, Red Feather and TEP worked out an arrangement: at the beginning and end of the school year, the TEP will operate out of B3; the rest of the time, the books will remain on the shelves, but Red Feather will have full reign of the space.

The arrangement has allowed Red Feather to get back to one of its pre-pandemic hallmarks: recording student bands. A few weeks ago, Goldberg used B3 to record Gert, a campus band that features Eaton, Ben Gertner ’24, and Rory Dolan ’23.

“It was a lot of trial and error in many respects, you know, especially because we were recording in the room that is also the Textbook Exchange room,” Goldberg said. “It definitely took a bit, but I think it worked out pretty well.”

“That was kind of the first time I had seen that done since I was a freshman or a sophomore,” Eaton said. “It was sick and it gave me a lot of hope for the future…now Kevin could do the kind of thing that people were doing my freshman year where they would just engineer for people.”

Goldberg’s session for Gert, which was primarily dedicated to miking drums (a complicated, time-intensive process), wasn’t the first time this year that the studio had recorded student artists, but the session marked a return to the level of complexity that had characterized pre-pandemic Red Feather.

Recording student artists is only one part of what Red Feather has managed to bring back this year. Red Feather members emphasized that the club has become a place to explore the possibilities of music recording beyond serving as engineers for student artists (though that remains a core part of Red Feather’s mission).

For one thing, Red Feather hasn’t only recorded student artists this year. In early March, Eaton and Liang received word that members of Sammy Rae and the Friends, who were on campus to play a show in Memorial Chapel, wanted to record in the studio. Though the session that resulted was occasioned by some miscommunication—Red Feather engineers set up the studio to mic a full band, when in fact only the guitarist showed up to record a some vocal ad-libs—it was a memorable and exciting experience for everyone involved.

Red Feather engineers have also used the studio this year as a space for composition and experimentation. Pablo Puente ’22, a music major who joined Red Feather this year, said that the studio has given him the freedom to explore songwriting in new ways.

“I think a big thing for me, learning about music recording for the first time, has been using it as a form of composition where there’s only so much I could experiment with on a piano,” Puente said. “It opens up new ways of thinking about songwriting…I’m thinking about the production from the beginning.”

Others emphasized the potential of Red Feather to foster an experimental, open-ended approach to recording music.

“Whenever I record, I don’t actually do anything really the same way twice, just because, I don’t know, I get bored easily,” Goldberg said. “When I came [to Red Feather] in freshman year, you were kind of told to do everything the same way just for consistency’s sake, ‘cause you’re working with tons of other people.”

In his view, there’s never only one right way to record. Going forward, Goldberg hopes that Red Feather will continue to encourage people to experiment and make mistakes together, sharing what worked and what didn’t with the understanding that everyone hears music in different ways.

Members hope that, next year, Red Feather will continue to recruit new people and expand its reach on campus. Thanks to a Student Budget Committee request filed by Liang, the studio will have thousands of dollars worth of new equipment with which to experiment and record. Anyone, regardless of prior experience with recording, can gain access to the studio’s resources and community by coming to meetings and/or attending a training session.

“I never would’ve been able to use all this stuff without Red Feather,” Eaton said. “To help as many people take advantage of that as possible is the goal.”

Irene Westfall can be reached at iwestfall@wesleyan.edu.