The University Organizing Center (UOC), located at 190 High St., reopened for the spring semester after being closed for the 2020-2021 academic year. Any student or student group can use the building, which is open from 7 a.m. to 10 p.m. every day, without needing to reserve the space in advance. 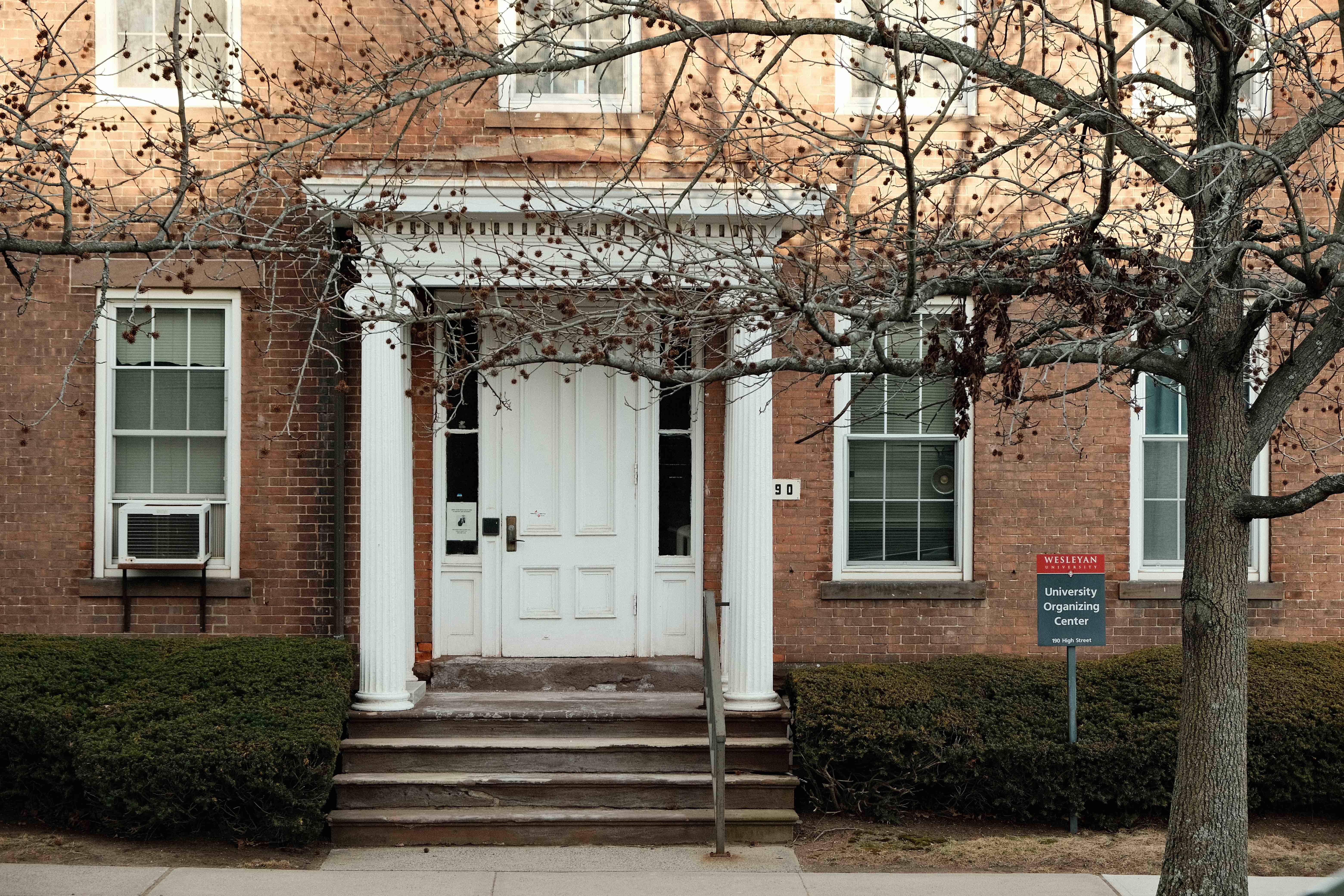 The UOC, which was founded in 2003 as an activist space independent from the administration, is owned by the Wesleyan Student Assembly (WSA) but is open to all students. The building was closed last year due to COVID-19 concerns and unofficially reopened on Thursday, Oct. 14, 2021, but due to a miscommunication between the WSA and Public Safety, which didn’t realize that reservations should not be required to use the space, it did not fully open until now.

“The really special thing about the UOC is that it is a student-run and student-maintained space so it essentially has no official admin jurisdiction of when it can be used and how it can be used,” WSA Community Committee (CoCo) Vice-Chair Hazel Allison-Way ’24 said. “That’s all student-driven.”

In addition to stewarding the UOC, CoCo is responsible for managing student group registrations. Although CoCo hoped to reopen the building last year, the pandemic prevented them from being able to do so.

“A lot of what we wanted to do on the WSA this year, in general, was to make sure things were back to normal, or as much as they could be, and this was a big thing that CoCo found ourselves in charge of,” Allison-Way said. “It moved to the top of our list because it’s a historic space for organizing on this campus.”

CoCo worked with Director of the Resource Center Demetrius Colvin and Civic Engagement Fellow with the Albritton Center Bryan Chong ’21 while planning to reopen the UOC.

“I was a member of a lot of the student groups that used the UOC before I graduated,” Chong said. “I was part of the effort to reopen it last year, as Vice Chair of CoCo, but there were complications related to COVID and the hygiene of the space so we couldn’t get it open last year. But right off the bat at the beginning of the semester, I knew it was something I wanted to help out with.”

Although CoCo manages the UOC, the group is not the administrator, with Allison-Way emphasizing that the UOC is a place accessible for all students.

“CoCo wants to be really careful about not overseeing the space at all, but rather just being there as a resource,” Allison-Way said.

A variety of student groups use the UOC as a collaborative space. Red Feather Studios is located in the UOC’s basement, and the United Student Labor Action Coalition (USLAC) and Wesleyan Democratic Socialists (WesDS) also use the building for their meetings. In September 2021, before the building officially opened, the WSA ran the fourth annual Textbook Exchange Program (TEP) out of the back of the center.

According to USLAC member Cameron Berry ’22, the UOC is useful as both a physical and open space.

h“It did really feel super isolating to meet over Zoom and, even before the UOC opened up this year, having to schedule our meetings so far in advance and in these vastly different locations felt very disparate and random and didn’t feel like this organized thing we were doing,” Berry said. “It is really nice to know the space is available whenever we need it and that it doesn’t have to be this thing that’s planned in advance.”

Berry emphasized that having a designated space to meet is especially important for USLAC’s organizing efforts.

“A lot of times we don’t know that we’re going to need to meet until the day of,” Berry said. “Having to have reserved a space in advance was really difficult. We frequently had to meet in weird places. Definitely having this space be open has been helpful in terms of making it feel more effective in the organizing we need to do, but also feels like there’s always this place we can always come back to.”

In addition to providing a physical space for students to meet, the UOC also houses a variety of resources, including historical documents such as newspapers, magazines, and books that have been used by student groups for decades.

“I think that’s really cool, for people to feel that they’re connected to a whole lineage of student organizing,” USLAC member and Co-Chair of WesDS Harry Bagenstos ’22 said.

“For me, my vision of the UOC would be more geared towards that history, that legacy, that symbolism, and then the Resource Center can be more of that specific support space when it comes to individual resources for folks and programming,” Colvin said. “The reality is, especially on this campus, we have a lack of spaces for meetings, for events, and things like that. I would love for the UOC to be in a much more usable space to help support programming and meanings and stuff like that.”

Colvin explained that while the lack of administrative control is important to the UOC’s mission, it has led the building to fall into disrepair, making the WSA’s leadership crucial to revitalizing the space.

“I think there is a larger argument that can be made, particularly if championed by the WSA, that we need to do a revitalization of the UOC and we really want it to be an awesome symbol of the history of student political activism and protest and that it is a space that students want to reserve and use and honor that mission and that history,” Colvin said. “It’s not only just cleaning it up, but it really needs to be remodeled in many ways before I can see students on campus really advocating for that space and wanting to keep it and build it up. I think there are students who are so invested in the history and the ideas of student political activism at Wesleyan who would be willing to use it and maintain it.”

In addition, Colvin also explained that the restoration of the UOC could create a space for activist culture at the University to emerge.

“The number one thing Wesleyan talks about is how much it’s the space where they create these bold thinkers and there’s this activist culture…but really when you think about it, there’s not many physical spaces that are a good symbol of that,” Colvin said. “Most of the actual spaces, the architecture, the paintings, showcase a fairly cookie-cutter conservative elite environment. There’s not that many things I can think of that are good symbols of Wesleyan’s activist culture. The UOC can be made into that. I think it already is that, but with a paint job, with doing the molding again, with putting an installation in, all of those things could really solidify it and make it a living beacon of that.”

Chong similarly hopes that students interested in activism on campus will be able to find more uses for the center in the future.

“I think the UOC has the potential to not fall to the wayside, and I think anyone who is interested in the history of Wesleyan student activism…the creation of the Resource Center, which literally didn’t exist until 2015, and the efforts to create the AFAM department, all of that history is housed in the UOC and anyone who is interested should get involved,” Chong said. “We are going to be bringing more institutional resources to help revitalize it.”