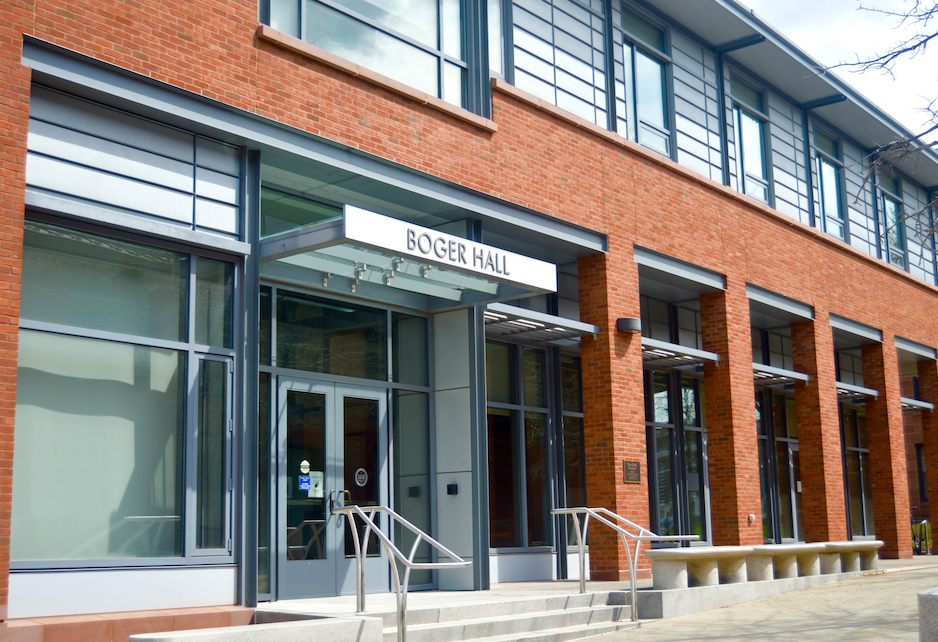 The announcement came three days after Hayes faced off against Jha in a presidential debate. Because neither candidate received 50% of the vote after the first round of voting, all 16 ballots that ranked a write-in candidate as their first choice were eliminated, and their second-choice votes were then counted.

Once he becomes President of the 44th General Assembly on Sunday, May 1, Hayes hopes to continue working on projects that have been established throughout his first three years on the WSA. One major thing he wants to focus on is the WSA’s relationship with the Wesleyan Union of Student Employees (WesUSE).

“I know for myself and a lot of WSA members…it doesn’t mean the work that we do ends, so there’s definitely a lot that students have made clear in the past few months and over this election that’s gonna be really really cool to talk about and get to work on…with [WesUSE] especially over the summer,” Hayes said.

Despite losing the election, Jha is now focused on running for Senior Class President to plan an exciting Senior Week for the class of 2023.

“One of the main reasons why I want to run for senior class President is so that I can help plan an exciting week of events to make up for the events that our class would have enjoyed under normal circumstances,” Jha wrote in a statement to The Argus. “Having had worked with the Office of Student Involvement, I know the processes and procedures so I’m confident that our senior week will be as exciting as possible.”

Wilson, who ran unopposed for the vice presidency, won after the first round of voting with 301 (93.19%) votes. In this position, she hopes to ensure that the student body’s needs and concerns are well represented.

“I view this role as a partnership with the student body and I hope that during our time together I can work to improve student life on campus,” Wilson wrote in an email to The Argus. “I mentioned pushing for the grading mode deadline to be later in the semester and I think that’s one of the things I would focus on first. I feel like there is more room for academic flexibility and that students would benefit greatly from it.”