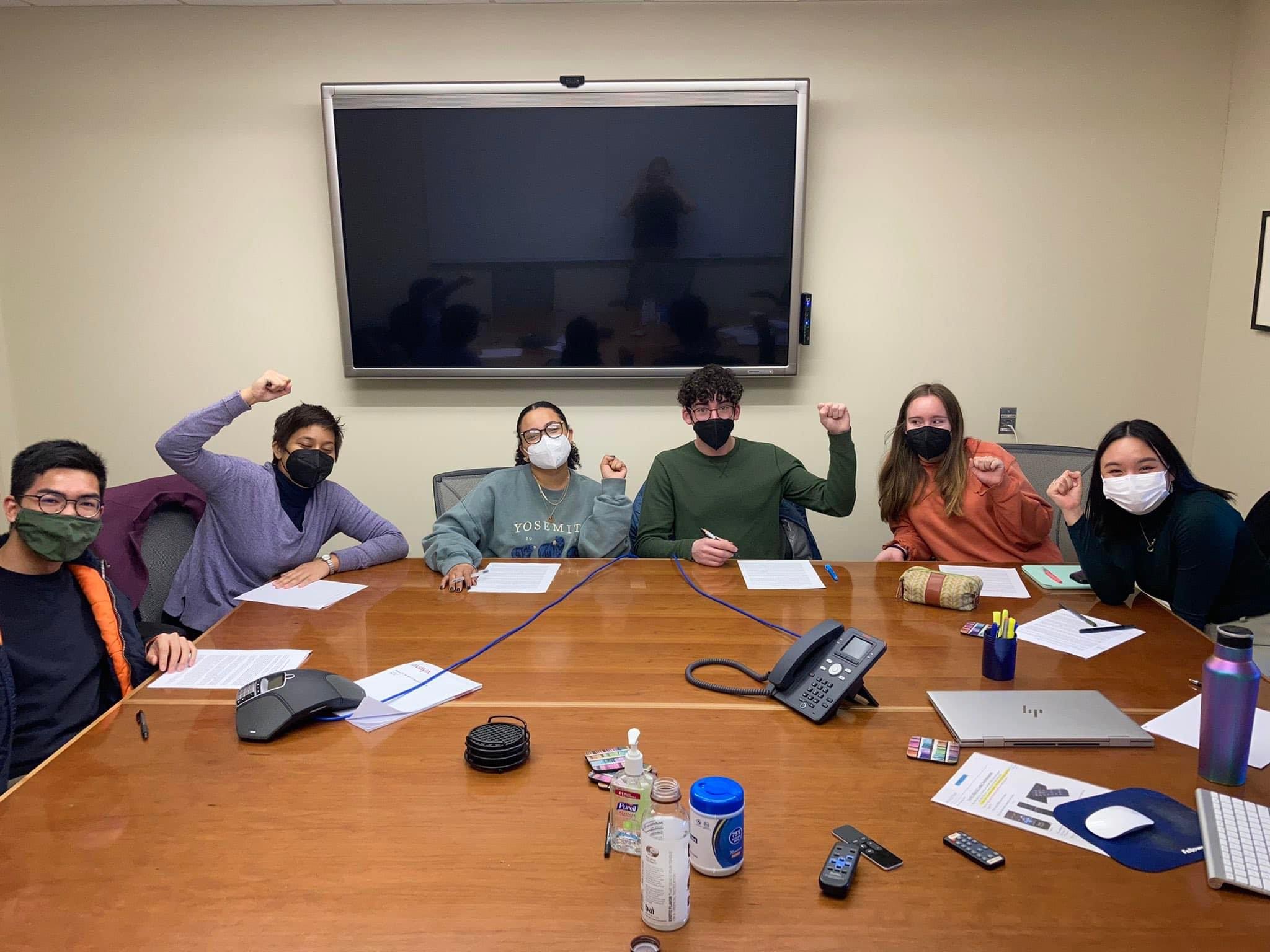 The Wesleyan Union of Student Employees (WesUSE) passed its card check and is now a voluntarily recognized undergraduate student union on Tuesday, March 22. The announcement came nearly three weeks after the union went public on Friday, March 4. The recognition came after the American Arbitration Association confirmed that a majority of Residential Life (ResLife) workers signed authorization cards—legal documents stating that the workers want to unionize and be represented by the Office and Professional Employees International Union (OPEIU).

“Starting the week of the 11th, we’re going to meet with the administration just to go over negotiations, so rewriting the contract and going over the things we’ve been talking about,” Community Advisor (CA) for ResLife and a Wesleyan Student Assembly (WSA) Senator on the Student Life Committee (SLC) Ruby Clarke ’24 said.

In the weeks since the union initially announced its formation publicly, WesUSE has continued to be active on campus: they facilitated a sit-in at Exley Science Center on Saturday, March 5 and hosted a second rally on Sunday, March 6. In addition, the WSA introduced a supportive resolution on March 6. To WesUSE organizer and Light House House Manager (HM) Charissa Lee ‘23, there is a sense of empowerment in being formally recognized as a union, particularly considering the pace at which WesUSE is expanding.

“Activism work at Wesleyan is very draining because for the most part there are no results, or at least the results take a long time to come into fruition,” Lee wrote in an email to The Argus. “We began organizing conversations 2 weeks into the semester and before spring break we won voluntary recognition. It’s unbelievable how fast this whole process was. Other undergraduate student workers in America have taken months to win recognition but we were able to do it quickly.”

According to Clarke, WesUSE has seen an outpouring of support from the University community.

“I think it’s just been really amazing to hear the response and support from community members here at Wesleyan,” Clarke said. “I think it’s also been really cool to hear other students speak about how a union could be beneficial for themselves in their own workplace outside of ResLife, as well as that conversation carrying over into faculty and staff positions, because I think like the way how quickly our process has gone has given other people potential hope in ways that they might not have necessarily seen this as a feasible action.”

The announcement about the union’s voluntary recognition was also met with positive reactions from Middletown elected officials.

“Every worker deserves a voice in their workplace, and I’m glad these student employees’ hard work paid off!” Congressman John Larson wrote in a tweet. “They are the first undergraduate union in the nation to be voluntarily recognized but certainly not the last.”

“Congrats to Wesleyan’s undergraduate residential life workers on winning recognition for Connecticut’s newest labor bargaining unit…and making some labor history in the process,” Lesser wrote in a tweet. “So impressed by these student workers.”

The recognition process started with one-on-one conversations between WesUSE members, which included collecting authorization cards for members of the union, submitting a request for voluntary recognition, and signing a legal document listing explicit terms. Clarke noted that WesUSE needed a signed agreement between itself and the University to avoid an election with the NLRB.

“We needed to come to a written legal agreement with the University to make sure that we had a plan moving forward to proceed with the card check, and so luckily we signed that…and then that card check happened last Tuesday, [March 22,] which was a really monumental occasion,” Clarke said. “We had 84% of the bargaining unit having signed cards, which is just an amazing amount.”we

Moving forward, there are many things that Clarke is excited about with regards to WesUSE, including a successful bargaining process with the administration, support from the University community, and getting a new contract.

“I’m excited about all the changes that are gonna happen, the ways in which our contract is gonna be renegotiated, the ways in which we’re gonna be building new avenues for connection between students and administration, as well as the skills and opportunities that students are gonna be able to cultivate now that there is a union on campus for them,” Clarke said. “I think that it’s a really cool opportunity to be able to at the bargaining table negotiating for different terms of contract.”

Clarke emphasized that the process of unionizing is ongoing.

Though there is still work to be done, Clarke was pleasantly surprised at how quickly the University responded, especially in comparison to their responses to ResLife student workers in the past.

“Once we went public, it was really amazing how fast the University responded,” Clarke said. “It was surprising to see such a quick response, so that was great. We were worried we might have to wait a whole week to hear back.”

Overall, Clarke highlighted the importance of WesUSE as an empowering tool for student workers to make their voices heard.

“I think it’s really important to think about these things, especially in the context of an educational place like this, because we don’t have the same ability to voice our concerns about the workplace and our desires about the workplace by restricting our labor,” Clarke said. “And so WesUSE is really important to be recognized because this is a really concrete way that we can have the school listen to what we need and want.”