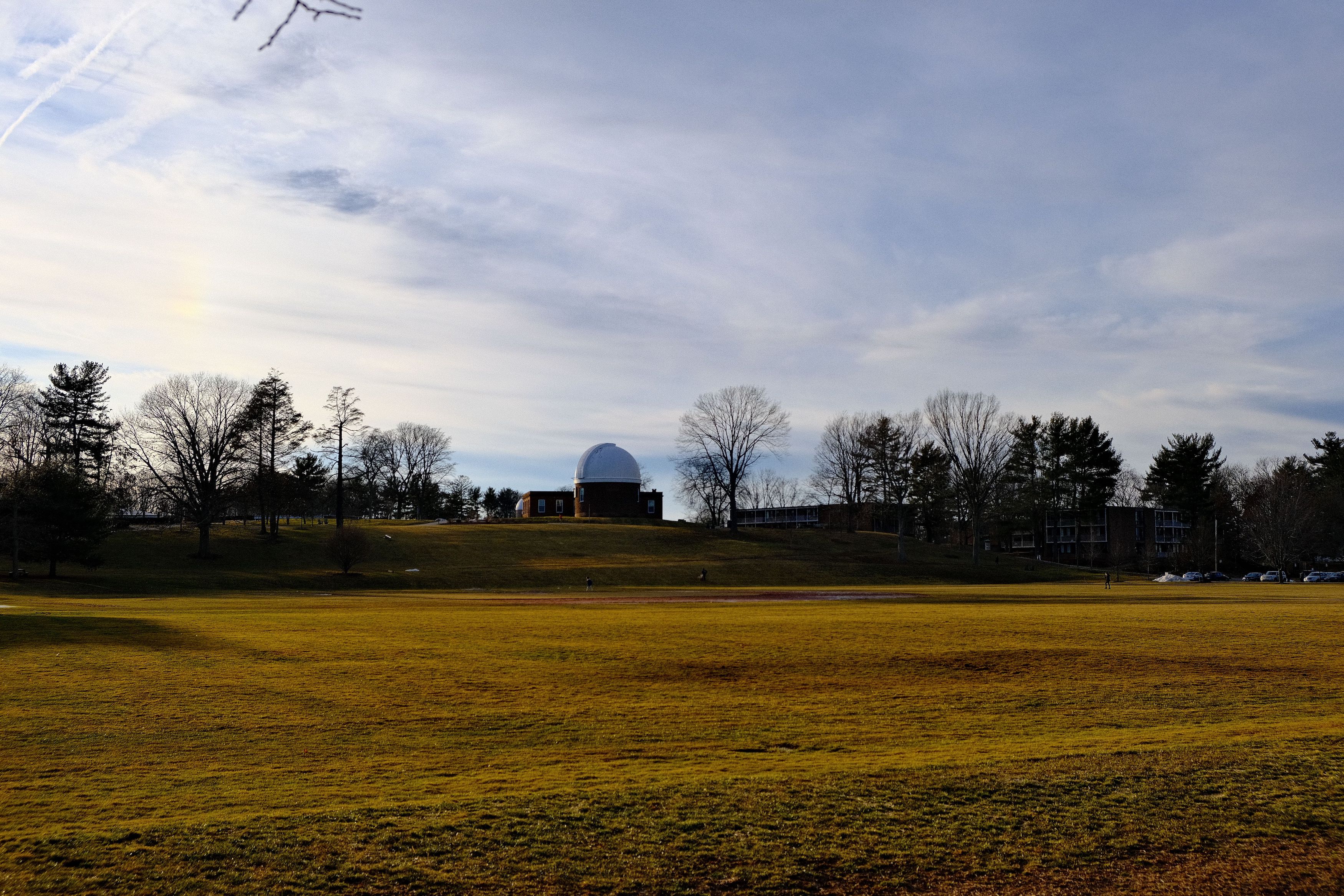 Two years after Spring Fling was canceled due to COVID-19 for the 2019–20 academic year, the University’s Student Involvement Office has decided to replace its end-of-year tradition with University Day. The celebration will take place after the last day of classes on Thursday, May 5 from 12 p.m. to 5 p.m.

The decision was initially made public to students in a Wesleyan Student Assembly (WSA) Committee Report sent out on Saturday, Feb. 5. The change was made in conjunction with the WSA and the newly formed University Day Committee, which is composed of students and staff members. Instead of Spring Fling’s typical large performances by outside artists, University Day will feature smaller events.

The class of 2022 was the last to experience Spring Fling in its entirety as four concerts held on one day on Foss Hill. In the past, these performances featured artists like Kendrick Lamar, Rico Nasty, Gus Dapperton, Injury Reserve, Jay Critch, Chief Keef, Japanese Breakfast, A$AP Ferg, and Chance the Rapper.

With COVID-19 requiring significant changes to campus life, the University initially introduced Spring Thing as an alternative event in spring 2021, providing carnival games and food trucks instead of the typical live music shows from professional artists. Many students recall the low turnout and sense of disunity at last year’s Spring Thing, which seemed to lead to a loss of community and tradition.

“I assumed that after last year’s event the administration and the WSA would have understood the negative reaction, and clearly they didn’t,” Emmett Levy ’24 said. “I feel like very few people enjoyed Spring Thing, and it did not feel at all like a communal event. I came to a small school because I wanted that sense of community. It was just so disjointed. There was no sense of communal celebration or joy.”

Others were disappointed with the lack of entertaining activities at Spring Thing. Students who expected a large all-school event were left with something much more small scale.

“Last year just was not the vibe,” Maya Alicki ’24 said. “It was so boring that I went home and finished my psych final.”

Despite being on campus for three years, the class of 2023 has never attended a Spring Fling and has had limited opportunities to experience the University’s music scene. Many students are yearning for this aspect of the celebration to return.

“I would just really love to see an outside artist,” Tucker Resor ’23 said.

“The priority of [Spring Fling] became drinking,” Rafferty said. “You’re heading right into finals and you now did something really stupid with only just a few days left on campus…. The number of judicial cases [that] came from that day, the wear and tear it took on our staff and our Public Safety Office…. We said, ‘What are we really celebrating?’… A lot of students who identify as [substance]-free didn’t feel like they could enjoy that day.”

Additionally, as a community-building event, University Day will be open for staff to bring their children and pets.

“[At Spring Thing] we actually had some faculty and staff participate for the first time,” Rafferty said. “It was a day that people really felt like [they were] actually celebrating together…. People who really liked the band that we brought [at Spring Fling] had a great time, but if you didn’t like the music you didn’t care. So, I think we realized that there’s a difference between having a concert and having an event that brings people together and…celebrate[s] community.”

The Spring Fling Committee conducted a survey last year that asked students, “Is there something else you would rather the Spring Fling Committee spend funds on as opposed to Spring Fling?” Although there were fewer than 100 responses, nearly every single one called for a musical performance. The other most common response called for money to go towards the Middletown community. Despite this input, the University decided to move forward with Spring Thing.

It seems that the change to University Day was largely motivated by the financial precedent set by Spring Thing, which was less expensive and allowed extra funds to be allocated to clubs. WSA Student Budget Committee (SBC) Chair Sam Brumer ’22 explained that revamping Spring Fling was the most effective way to meet increased demand for funding from student groups.

“COVID presented an opportunity for this big event to change.” Brumer said. “It sort of had to change last year. [Now] is a good opportunity to look at [the event] and say, are we really doing the most efficient thing possible? There’s just been a huge uptick in recent years, starting in mid-2017 [and 2018], of just how much money people were requesting from the SBC.”

Brumer added that the change would make the event simpler to execute, as there would no longer be a need to bring in outside artists, set up a stage, and organize sound systems.

“It is cheaper and much easier to have students be the driving force behind something like this,” Brumer said. “So that’s why the focus for this year is having student artists.”

However, University Day promises to be anything but simple. Rafferty shared that the University Day Committee is still working out the logistics for a plethora of complicated plans, such as setting up a carnival on campus, hosting a silent disco, having field day games, bringing therapy dogs to the University, and giving out free food.

“We’re hoping that there’s something that appeals even if you don’t want to do any of the activities,” Rafferty said. “If it’s a beautiful day, just being outside [and] hanging out…being in a shared space. Maybe the only thing you want to do is play Frisbee with your friends, but maybe you’re going to be listening to some cool music in the background…[and] who doesn’t want free food?”

In the face of the change, some students have had negative reactions. On Wednesday, Feb. 16, a petition began circulating to “Bring back Spring Fling!” The petition garnered over 400 signatures in less than 24 hours, showing that there seems to be growing support for Spring Fling to return.

“I think this is really upsetting because they keep canceling all of these important parts of our student experience,” Aniya Akhtar ’24 said. “Speaking with students, it seems to me that everyone is really upset that this is being canceled.”

Roshni Mirani ’24 similarly felt that the change to Spring Fling marked the loss of an importance campus experience for students who arrived at the University in the midst of the pandemic.

“As the class of 2024, we have barely had any experiences on this campus due to COVID and we were actually looking forward to this,” Mirani said. “We have heard so much about it but never got to experience it.”

In general, students seem to hope for a return to normalcy.

“COVID has taken away so many different traditions from Wesleyan, and as a sophomore I want to feel like I am having some semblance of a college experience,” Levy said. “I, and a lot of other people, am so eager for any return to normalcy. They really aren’t taking this into consideration.”

Rafferty urged students to get involved in planning University Day, as the Student Involvement Office would love to hear more students’ opinions on events. Anyone interested in joining the University Day Committee can email her at jrafferty@wesleyan.edu.

Lia Franklin can be reached a lfranklin@wesleyan.edu.